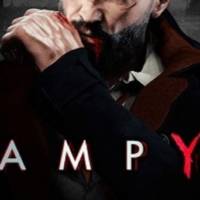 What is the best weapon in Vampyr?

There are a lot of different weapons you can use an upgrade in Vampyr but is it best to choose a one-handed weapon or two-handed? Which should you have as your secondary weapon and what is the best long-range weapon to have?

What is the best weapon in Vampyr

There’s a couple of weapons that we consider the best to use in Vampyr and they each have their own benefits.

Surgical Hacksaw – these are one of the most powerful one-handed weapons that you can find on the first floor of the Pembroke Hospital which you’ll gain access to shortly after completing the opening parts of the game. The main benefit of the saw is the high attack rate, which at the expense of power also has decent durability. You can also give the ability for it to drain blood on contact with enemies which helps with your resource management to use Vampiric abilities.

Lupara – the Lupra is a shotgun with a sawn-off the barrel which is high in damage but lower in range. It can also be improved to further increase the damage but it is worthwhile to remember that with any gun you’ll need the ammo to be able to use it.

Parabellum Pistol – the pistol is the long-range weapon of choice that is used to deal damage to enemies from a distance and highly useful in boss battles.

Scythe – A two-handed weapon that you can pick up before you first boss fight, the scythe can deal massive amounts of damage that can be increased further by improving it. The ability to stagger enemies on parry is also useful in boss fights. The only downside is the two-handed weapons are slower in combat but personally the parry ability makes up for the speed.