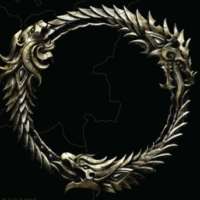 If you’ve read our Power Levelling guide and managed to get to the big 50 then you’ll probably be wondering what is there to do next after reaching level 50 in Elder Scrolls Online.

Luckily, there is plenty to do once you get to that stage and allows players to embark on new missions and explore new locations which are filled with even more powerful monsters that you would not have been able to take on before.

As they say, your life starts at 50 and ESO is no different.

The Levelling Does Not Stop.

Once you do reach level 50 in ESO you will start to level up your rank which is known as Champion Points which was formally known as Veteran Points (VP).

Veteran Points were gained in the same way as you levelled to 50 but Champion Points removed VP’s completely in Dark Brotherhood. The new system looks to level up specific things rather than everything at once.

Champion Points and Champion Rank are the same things, so you might see the two used interchangeably.

Much like Veteran Points, Champion Points are earned through the same means through gaining XP for your character. You’ll get the pretty quickly, to begin with, similar to when you were a little level one new to Tamriel.

You can then spend these points on various improvements like your characters stats, crafting and more.

Points are also gained over characters so collecting 20 points on one max level character will also gain 20 for the others.

So head out there and your first goal is to get to CP160 so you can start to use the endgame gear.

Pick Up Some Crafting

One of the most important side tasks for any level 50 will be improving their crafting ability in one of the seven different available.

Deconstructing gear you no longer need can help improve your crafting level as well as spending points like Champion Points to further increase it.

It’s important to spec out different characters to focus on just two different crafts as you’ll only have enough points across levelling your character to really max out one or two.

Any more and you run the risk of “gimping” your character which makes you a Jack of All Trades, Master of None.

You’ll always need more skill points to improve your character and even at max level, there’s plenty more to find.

End game means you can go around at level 50 and start to collect those Skyshards you missed as you were levelling up and questing around each of the different zones.

Although you may have maxed our your main skill tree you can still use them for sub-skills like crafting or try out a different meta build for your character and shake it up a bit in combat.

One of the popular things to do at Level 50 is to jump into Player vs Player and see if your gear and class build stand up against others.

Now you can technically do PvP at any point but at Lv 50 you are the most complete version of yourself and can also help your journey to collect Champion Points.

Raiding and Dungeons are a way for players to collect better loot.

Dungeons unlike normal fights require much bigger parties and will require you to understand your role in the group as you defend as a tank, support from the rear as a healer or target the main boss as the damage dealer.

The rewards, however, will be significantly better as the risk is higher and the time to complete dungeons is much longer in some titles taking hours.

What is more exciting for a level 50 character is more dungeons are added over time which means you won’t get used to the same map, same boss and same strategies.

Elsweyr is the latest set of content to be added into the Elder Scrolls Online world, taking players to the homes of the Khajiit.

This means a whole new land to explore, new monsters, new dungeons more quests and plenty more. Even after this, Bethesda will have more content in smaller and bigger chunks in the timeline – so there’s technically never a shortage of things to do.

While being able to turn into a Werewolf or Vampire is available at the lower levels of the game, the max level character can further their progression and gameplay a lot by choosing one of the two “curses” to have.

You’ll either get bitten while out on your adventures in Tamriel or if you are impatient you can ask another player who is either to bite you but this usually costs a nice sum of gold.

It might sound silly to say but even at level 50, there will still be plenty of quests you can do. If you’ve completed the main story and made your way to the end of the road – then circle your way back and pick up those little NPCs along the way.

You might be overpowered for some but there are quests out there that the story goes much further than you think. You’ll get to learn more about the locals and pick up on the history of Tamriel in your journey.