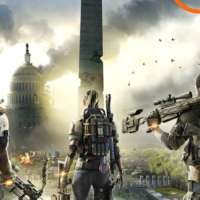 Strongholds are a special type of main mission that unlock as you progress through the main missions in the game. Two of them are unlocked during the campaign, and the final stronghold is unlocked after defeating the previous two, and reaching level 30.

After finishing the last Stronghold, you may head back to the white house to pick your Specializations and unlock World Tiers.

The three Strongholds are as follows:

The first stronghold you will unlock during the main story. This stronghold is just northeast of the Theater settlement. Expect enemies here to be level 28, and packing quite a punch

This is the second stronghold unlocked in the main story. This stronghold is far to the west of the map. You’ll need to cross the bridge over from the mainland to the island for this one. Enemies here are Level 28, just like in District Union.

The final stronghold, A.K.A the tough one. The Capitol Building unlocks after reaching level 30 and completing the other strongholds. Beating this stronghold means you are officially in endgame territory, and will unlock Specializations as well as World Tiers.