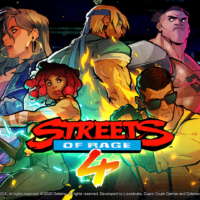 This is our unofficial guide for how to unlock the hidden playable characters in Streets of Rage 4.

There are a total of thirteen unlockable characters to be found in Streets of Rage 4, many of which will be familiar to anyone who grew up with the series when it was released back on the Sega Mega Drive / Genesis, Sega Master System and Sega Game Gear.

How To Unlock: In order to play as Adam Hunter, one of the original three Streets of Rage protagonists, you simply need to play the Story Mode and defeat the boss of Stage 4. Doing this will trigger a cut scene, after which you will have unlocked Adam as a playable character.

How To Unlock: In order to unlock all the retro characters in the game, you will need to get your fighting gloves on and complete several stages.

Every time that you clear a stage, your cumulative score total will increase. Once you have reached a certain amount of points, you will unlock a retro themed character from previous entries in the series.