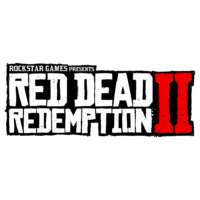 How To Unlock Fast Travel

The broad expanses of land that you can travel across in Red Dead Redemption II is a feat that many players will want to experience time and again.

There are also times when you would like to jump to a previously visited location at the tip of a hat.

Thankfully, you are able to unlock Fast Travel, an ability that is commonly found in open world video games.

What Needs To Be Completed First

As you may expect, the Fast Travel feature will not be available from the beginning of the game.

In order to unlock it, you will need to have reached Chapter 2 of the game’s story, and beaten the mission named Good, Honest, Snake Oil.

How To Unlock Fast Travel

Once you have met the prerequisite conditions, the ability to unlock Fast Travel is now within your grasp. Once Good, Honest, Snake Oil has reached its conclusion, a mission named Money Lending and Other Sins will now be available to undertake. Complete this mission, and you will be able to access the Ledger inside your campsite.

The Ledger will allow you to purchase new vehicles and locations. Once you have purchased First Things First and Next in Line, which unlocks an upgraded version of Dutch’s Tent and Arthur’s Wagon, the Fast Travel feature will become available as well.

The Fast Travel system allows you to jump to previously visited settlements free of charge. In order to travel between towns, you need to purchase a train ticket or pay for a stagecoach to take you to your chosen destination.