If you have played previous entries in the Persona series, then you will know that the dungeon areas of the game have a variety of rare monsters hidden in their depths. In Persona 5 and Persona 5 Royal, these rare monsters are known as Treasure Demons, and can be encountered by attempting to steal the many smaller treasures hidden around each Palace.

Once they appear in the form of a large red gem, the player must attack the jewellery to initiate the battle with the elusive monsters.

Defeating a Treasure Demon, or adding it to your party by taking it’s mask has quite a few benefits. You will gain a large amount of experience points for the defeat, usually averaging around 1,500 EXP, but this can be increased if you have built up your Moon Confidant by interacting with Yuuki Mishima.

A Treasure Demon cannot be used in battle, but it can fused via other Personas, and some of them have highly desirable support skills which can be inherited by the resulting Persona if you choose to allow it to happen.

If you happen to let a Treasure Demon escape, do not worry. Once you have captured, defeated or encountered a specific breed, it will re-appear in Mementos as a random encounter.

When you encounter them in this way, the specific type of Treasure Demon will be chosen at random, so you might have to search for a long time if you require it for a fusion recipe later in the game.

In case you want to go hunting for them, here is a list of all the Treasure Demons you can encounter in Persona 5 and Persona 5 Royal, as well as the most effective methods of defeating them in battle.

How To Capture Regent

You encounter this Treasure Demon as part of the storyline during one of your first visits to Madarame’s Palace. It is relatively weak, but if you have fused a Shadow with Nuclear or Psychic attacks, you will be able to knock it down within moments.

How To Capture Queen’s Necklace

This regal Treasure Demon is only weak against Gun attacks, so it is the easiest rare monster to knock down in the game, as every party member can hit it’s weakness.

How To Capture Stone of Scone

This rocky character is a complete reverse to the last Treasure Demon. Stone of Scone is the hardest enemy to attack and knock down, as it can only be successfully damaged by Curse element attacks.

How To Capture Koh-i-Noor

This Treasure Demon is the first enemy in this set that does not have a specific weakness. Like other enemies, Koh-i-Noor can be damaged by the attacks it doesn’t block, but only Nuclear based skills will hit without any form of resistance.

How To Capture Orlov 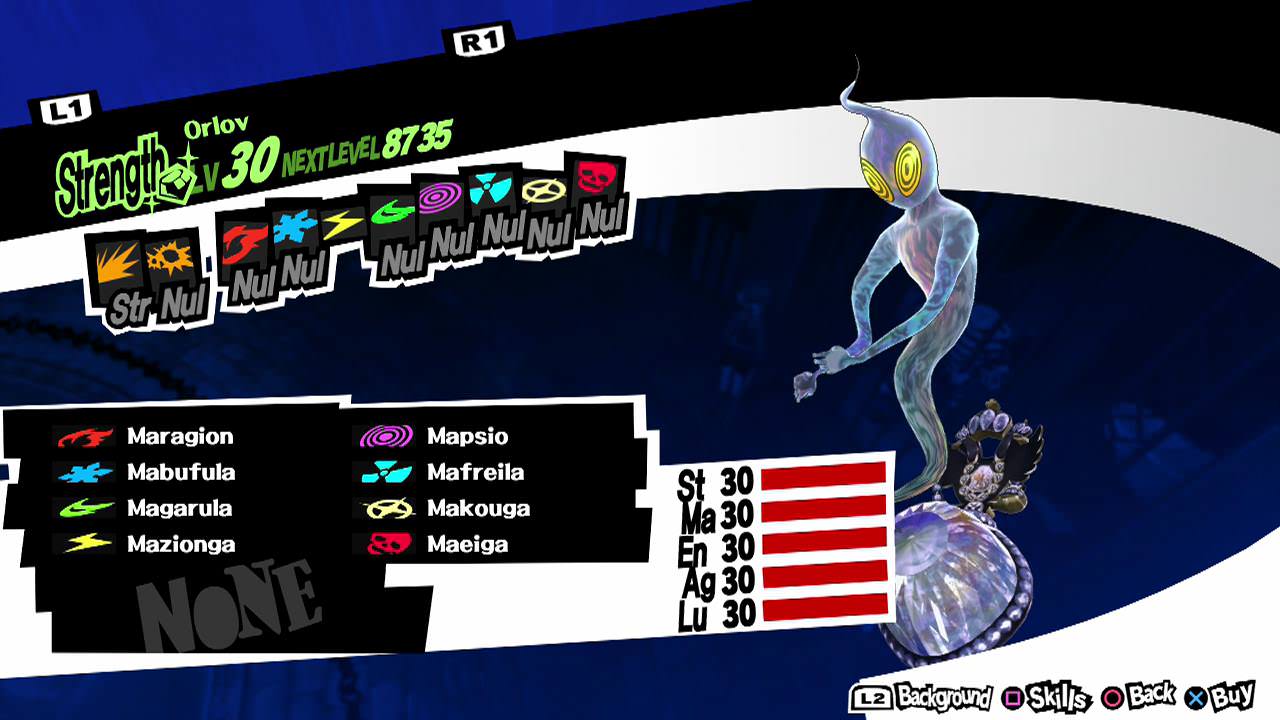 Orlov is similar to the previous Treasure Demon in the sense that it nullifies several attacks. The only way to attack this rare monster effectively is to use Physical skills, or Electric based moves such as Zio and Mazio.

How To Capture Emperor’s Amulet

The Emperor’s Amulet is the only Treasure Demon that drains the attacks and restores it’s own health if hit by certain elements. If you want to be rid of this parasitic monster, you will need to use Physical based moves and Fire attacks such as Agi and Maragi.

How To Capture Hope Diamond

This Treasure Demon is a worthy adversary, is it has the ability to repel certain attacks back at the party member that performed it. If you want to shatter the Hope Diamond, your best bet is to use Physical based attacks and Wind skills such as Garu and Magaru.

How To Capture Crystal Skull

This Treasure Demon is a unique breed, as it will only appear as a reinforcement during a battle with a red aura Shadow. The Crystal Skull is best attacked using Physical based moves, in combination with Bless attacks such as Kouga and Makouga.

This Treasure Demon only appears in Persona 5 Royal, as an enemy that can be found through regular means and searching various points in Maruki’s Palace. The Orichalum can be attacked using any types of moves, but Physical and Gun based attacks are best avoided. To exploit Orichalum’s weakness, use Bless attacks such as Kouga and Makouga.