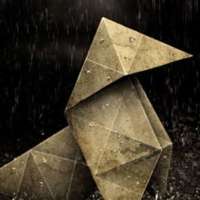 During the ten plus hours spent solving crimes in Heavy Rain, an architect named Ethan Mars is forced to complete five tasks known as the Trials that will test whether or not the love for his son is genuine. This guide lists all the possible ways you can complete each trial, so you can proceed on  your journey to rescue Shaun Mars from the clutches of the Origami Killer.

If you complete each task successfully, you will earn a set of letters for the Hangman game that holds the address where Shaun is being held. If you fail, no additional letters will be given to you.

The first trial that you will face in your quest to save Shaun Mars relies on split second reflexes in order to succeed. Your mission is to drive the wrong way down a motorway for approximately two minutes.

At the beginning of the scene, Ethan arrives at the repair shop to collect the car that he will need to complete the trial. Talk to the guy working on the car and then follow him over to the office to receive the Car Keys.

When you have finished the conversation, use the Elevator to go up to the area where your car is parked. If you need a clue to it’s location, click the Keys using the on-screen prompt. Get into the car, and follow the instructions to start the engine, and after a brief cut scene, the trial’s main section will begin.

As you drive down the motorway in the wrong direction, several directional prompts will appear on-screen. If you match them successfully, Ethan will complete the trial with only a few major injuries. If you do not hit enough of them, Ethan will chicken out of the task or flip the car onto the side of the motorway.

Depending on the difficulty you chose at the beginning of the game, you will need to match a different set of prompts to complete this first task. A set of instructions on how to beat the trial on the default difficulty level have been provided below.

If you manage to complete the trial successfully, break open the Sat Nav to receive a memory card that will show a brief video of Shaun’s current predicament. Afterwards, some letters and numbers will be added to the Hangman puzzle.

The second trial is just as dangerous as the first, but requires more precision to be completed successfully. Your mission this time around is to infiltrate an abandoned warehouse, which has been laced with a set of deadly traps.

If you try the door at the front gate of the warehouse to find it locked. In order to get inside, you will need to go through a hole in the wire fence, which is located on the left hand side of the area. Walk across the generator area to a door with a butterfly symbol by the side of it.

Go inside the building, and open the safe to find a tunnel. Light the match to see the path ahead, and then climb inside. Crawl through the tunnel until you reach the area that is strewn with broken glass.

To reach the end of the tunnel, you will need to crawl slowly through the broken glass. If you move too quickly, a haze of blood will surround the screen. If it does appear, simply wait for a few seconds for it to fade away. If Ethan‘s blood loss becomes too severe, he will automatically fail the Trial.

When you reach a junction in the tunnel, light one of your matches to find the direction that the air is coming from. This will be the direction you need to travel in. After you reach the other side of the tunnel, you will need to slide down a waste disposal chute. Once you have reached the end of the chute, you will be in the final area of the Trial.

Get to your feet, and then jump down to the floor. Approach the gap between the power generator poles that isn’t charged with electricity to trigger a sequence where you climb between the cables. Continue to do this several times to reach the other side of the room. On the final gap, you will need to let go of the prompts to finish the sequence.

If you manage to complete the trial successfully, you will grab the memory card on the table that contains another video of Shaun. Afterwards, some letters and numbers will be added to the Hangman puzzle.

The third trial might be smaller than the previous two, but it is probably one of the more brutal trials you will have to complete. The mission for this segment is to cut off a section of one of Ethan‘s fingers within five minutes, with or without sedation.

When you arrive at the apartment building, break open the light green porcelain lizard to get the key to the flat where the Trial will take place. Unlock the door, and activate the video player to be informed of your gruesome objective. You may use one of five possible sharp objects to perform the deed, or you may leave without attempting the task at all.

The weapons available to Ethan are:

If you want to sedate yourself before you begin, you can use one of four optional objects.

Take whichever items you like and place them on the table with the video player. You can drink the whiskey, place the piece of wood in your mouth or do some deep breathing to calm Ethan‘s nerves.

Next, pick up your chosen weapon and follow the prompts to cut off the tip of one of Ethan‘s fingers. With some of the weapons, such as the Scissors, you will need to perform a second cut. Once Ethan is able to move, you can wait for the pain to pass, or use the whiskey or steel rod to reduce the pain. Once the task is done, you will have completed the third Trial.

If you manage to complete this section successfully, you will find another memory card under a loose floorboard, which is under the table where the video player is situated. Like the others, this will contain more footage of Shaun in danger. Afterwards, some letters and numbers will be added to the Hangman puzzle.

The fourth trial requires a strong stomach to be completed, although it is arguably not as brutal as the previous test. The mission is to kill a drug dealer that has been named by The Origami Killer.

When you arrive, knock on the door twice and give any answer when the dealer asks you why you are there. Draw the gun on him when prompted, and hit all the prompts to ensure that you survive the confrontation with him. Eventually, he will run out of bullets, allowing you to either shoot him to complete your task or have mercy on him and leave.

If you manage to complete the trial successfully, you will learn that the next memory card is locked inside the butt of the gun. After another video of Shaun, more letters and numbers will be added to the Hangman puzzle.

The final trial of the game is probably the shortest of them all, but with the most deadly consequence if you decide to go through with it. The mission is to drink a bottle of poison that will kill Ethan within an hour, or walk away and not receive the clue.

If you manage to complete the trial successfully, you will automatically receive an update to the Hangman puzzle. If you have completed all the other trials, the remaining letters and numbers will be put into their rightful place.