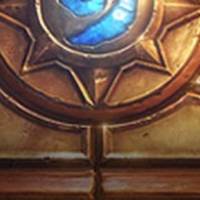 Welcome back travellers. Join us as we delve into another class now The Witchwood is in full bloom. This time we shall have provide a Mage Deck Building Guide.

What cards have rotated out of standard play due to the Year of the Raven?

During the latter stages of The Year of the Mammoth, Secret Mage was a top contender. Appearing in several high end tournaments, the deck was a combination of active counters and pressure that can provide great levels of burst. Due to The Year of the Raven, the deck, as well as other builds of like Freeze Mage, lose a lot of cards.

The Secret engine takes a big hit. Kabal Lackey and Medivh’s Valet allowed for great tempo plays. Playing a free Secret, from the Lackey, on turn 3 followed up with 3 damage for board control, from Valet, is powerful. In the mid-game, dropping a cheap Kabal Crystal Runner and controlling the board with Firelands Portal can be hard for the opponent to keep up with.

With other decks in mind, Ice Block and Babbling Book were very useful tools. The former provided security to push for damage and not lose on the following turn. Knowing how much damage you have at your disposal when you have the Ice Block would pave the way to victory. Supporting such control and value orientated styles of play, Babbling Book would provide free cards that can win you matches on their own. Discovering a Pyroblast or Fireball to finish the opponent was incredible.

With the above cards gone, what does The Witchwood give us to play with? From the looks of it, there are many tools for the Mage to equip into their arsenal. From odd-card only strategies, aggressive minion heavy builds, to control variations of the class.The decks we are going to talk about in this guide are Elemental Mage and Tempo Mage.

For the Elemental Mage, making the most of the Elemental synergy is the focus. Cards such as Servant of Kalimos and Blazecaller give needed value to outlast the opponent. Triggering these cards off cheap “enablers”, such as Fire Fly, turn after turn can create a steamroller effect for your game. If tempted to try something a bit more spicy, constructing the deck around Baku, The Mooneater can give you more control over the board and more damage to the opponent with a more power Hero Power.

As for the Tempo Mage, allowing Secrets to create favourable situations for you is a must. Regardless of the Secret support lost due to the new year, the deck still possesses Kirin Tor Mage and all the lovely tools it can cheat out for free. Pair with Arcanologist to search them, it is fairly easy to pilot the deck as it is. Aid this from The Witchwood are cards such as Cinderstorm and Arcane Keysmith. Removing a swarming board rushing your face then discovering a Secret to manipulate the game is very powerful

The first deck you are going to look at is Elemental Mage. This is a deck that seems to have grow with each set that has been released since Journey to Un’Goro. And this set seems no different. Playing early game minions such as Fire Fly and Glacial Elemental ensures a reduced impact of aggro decks. As the turns flow, playing on curve is advised. Dropping Tar Creeper into Servant of Kalimos is a good value play. Not only are you protecting your board but, you are also adding more fuel to your Elemental engine. On turn 5 you can play the new Bonfire Elemental drawing you more fuel with a 5/5 body to boot.

When moving into the late game, provided you have been pushing board control, Cauldron Elemental can give you that extra power to push through. Putting your opponent in “check” whilst having damage spells in hand is hard to come back from. If playing in a Mid-Mage style such as this, teching in Spellbreakers is a must. By removing any obstructions, the opposing Hero is vulnerable for high damage.

Taking this deck onto ladder, consider adding Blazecallers, Zola the Gorgon, Leyline Manipulator,  and Frost Lich Jaina. Hitting any target for 5 damage is very powerful, especially if you can get another copy of it from Zola the next turn. Taking it further, playing Layline Manipulator after such plays and Servant of Kalimos additions will allow you to drop more fire power at a reduced cost. For the late game, the Mage Deathknight can really bring you closer toward victory. Summoning a 3/6 Water Elemental and giving all Elementals you would control Lifesteal can put the pressure on the opponent. Constant healing from your minions can undo all the hard work of the other player.

As a bonus note for this deck, constructing this around Baku, The Mooneater can be very fun. By only having only odd-cost cards, you Hero Power is upgraded dealing 2 damage each time. Then, by using Black Cat, a 3 cost 3/3 with Spell Power +1 and draw a card if you have only odd-cost cards, you can push the value game early. Considering the majority of your Elemental engine is odd, you won’t have that many constraints. Losing Frostbolt and Fireball can be replaced with Dragon’s Fury and Flamestrike for a potential four board clears to keep your opponent from hampering your effects.

Moving onto Tempo Mage. At its core, you want to manipulate events from turn one. Mana Wyrm turn 1 into Sorcerer’s Apprentice and Mirror Image turn 2 is a classic tactic. For each turn the Mana Wyrm is left on the board, the more spells you can throw at the opponent further powering up the minion. Following this up with a Kirin Tor Mage and a free Secret, potentially from an Arcanologist search, can cover you board and allow you to keep pushing.

From their, well stated minions, efficient trading, and Fireball hits can carry you into the late game. Because this deck can spend resources quite quickly, Arcane Intellect can net you two more cards. This is useful to keep the pressure coming and prevent you from running out of steam. Another tool for the late game is Flamestrike. The prospect of removing all opposing minions is exciting and satisfying. Holding onto it until the right moment can be crushing when played correctly.

When talking about the ladder, notable additions should be Primordial Glyph, Aluneth, and Pyroblast. The former two add consistency and the ability to gain power whenever you need it. Drawing or discovering a Fireball or a Pyroblast can win you the game. As for the Pyroblast, if you don’t Discover a discounted copy, having one in the first place can remove any remaining health from the opposing Hero.

And there we have it. Have a dabble of these two decks and see where they can take you. If you haven’t already, please check out our other Hearthstone Articles. Next time we shall be talking about the Pious Paladin. Until then, smile and game.