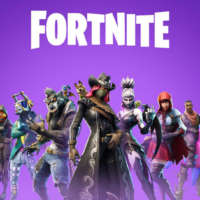 Luckily, your pals at VGU are here to help you get through that battle-pass as quickly as possible and get Bonesy on your back. Good luck!

About as simple as it gets, for this challenge you’ll need to place 250 building blocks of any different shape or material. You may find some luck in doing this in one of the LTMs compared to the battle royale.

Visit a Viking Ship, A Camel, and a Crashed Battle Bus

This challenge will send you to the two busiest places on the map. You’ll need to open 7 chests in either Tilted or Paradise, these do not have to be a mix of the two locations, nor do they need to be done in the same game.

For this challenge, you’ll need to place 3 Mounted Turrets in different matches. You may have some luck doing this in an LTM due to the often higher spawn rates.

You may be getting used to the Time Trials after this season, but you’ve got one last one to complete. This challenge will have you racing against the clock in the vehicle of your choice. The trials can be found at the following locations.

For this challenge, you’ll be needing to follow the stages using different weapons to advance. The first stage will have you eliminate a single opponent with a shotgun, from there you’ll likely need to use another weapon type to eliminate another single enemy and so on.