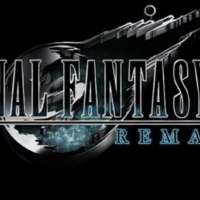 A being known now as either the Calamity, the event itself or Jenova came to Earth to seek the destruction of the planet. For reasons unknown, Jenova was unable to destroy the planet with the world’s inhabitants believing that the planet itself fought back.

This lead to the discovery of the Life Stream, the powerful living life force of the planet which humans used to propel their technology.

With the power of the Life Stream came Shinra a big corporation that used the power to achieve their various projects to cement their authority over the world.

Turning lush landscapes filled with trees, plants and other life into huge cities with massive reactors which turned the Life Stream into Mako. In turn, the power from the planet was crystallised turning them into Materia which gave them magical properties.