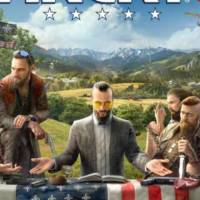 How to get/free Boomer the dog (Fangs for Hire)

Boomer the dog is the wolf-like companion (sorry no actual wolves) in Far Cry 5 and usually the first animal specialist you can obtain by completing his quest.

You’ll want to add Boomer to your team as soon as possible, as his enemy detection skills and weapon recovery are useful in battles to come.

If you are wonder where you can find Boomer and how you can get him, fear not we have laid out this simple guide to get him wagging his tail as soon as you can.

What are Boomer’s skills

What can’t Boomer do?

How can I get Boomer in a car or aeroplane?

Don’t worry though, even if he can’t get into a car, as a dog and a fast runner he won’t be too far behind.

How to get Boomer the dog in Far Cry 5

Finding Boomer is pretty easy and a capable starting ally which you’ll most likely use for a long time to come during your time in Hope’s County. As he can tag enemies, kills enemies without triggering others and fetch you some new gear, freeing him is a task worth prioritising. Plus, you can pet him and get a nice up close and personal view of this cuteness.

Once you have completed the quests on Dutch’s island you will be able to open your map and spot the icon of Boomer on the map at Rae-Rae’s Pumpkin Farm. Set a waypoint here and start heading over to the farm, once there, you’ll trigger the quest and be able to see Boomer locked up in a cage surrounded by cultists. Sadly, Rae-Rae has been killed and only Boomer remains but your chance to come to his furry rescue.

The quest Man’s Best Friend is pretty simple, like liberating Outposts you just need to take out the nearby enemies and free Boomer from the cage. You can do this any way you like either stealthily or guns first questions later which means Boomer is safe in his cage until you can take out every enemy. From there you can just head over near the cage and go pet him and that’s it! Now you have your new canine pal added to your specialist roster and probably your first Fang for Hire.