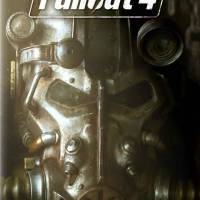 How To Equip Dog Armour In Fallout 4

Dogmeat your trusted companion is the first one you can get on your journey in the wasteland. He is easily found quite near the vault outside the Red Rocket Station that is only a short distance away.

One of the most common questions we get is “how can I equip armour on dogmeat”, much like the Raiders do with their dogs in the wasteland.

As Dogmeat does not have as much health as some of the other companions in Fallout 4 it is important to make sure he has the proper defences against the enemies of the Wasteland.

Where to find Armour for Dogmeat in Fallout 4

The first part to solve for equipping armour to your canine friend is being able to actually have dog armour in your inventory that you can use for him.

A location that is easiest to find some pooch-related armour in by travelling to Rocky Narrow Park in The Commonwealth but do beware of the roaming Yao Guai that wander the area.

If you have not discovered the location yet, it is west of the Corvega Assembly Plant, keep going in that direction and you won’t be able to miss it.

Once you are there, you’ll be able to find a gorge between to giant stones near the park and there is a small cave-like chunk on the side. Look for the dog bowls on the floor and you’ll be attacked by some vicious dogs that attack on sight.

When you have defeated them you should be able to locate a dog helmet, dog amour and dog chain collar.

How to equip Dogmeat with Armour

Once you have the items they need to be in Dogmeat’s inventory for him to interact with them directly and wear the different pieces of armour.

Speak with him and open up the trade tool and move the items over into his space, from there you can select the different doggie armour pieces and select Triangle on the PlayStation 4 or the Y Button on the Xbox One.

This should equip the amour to your furry friend and you should be able to see it equip as you do it on screen.

The additional protection does now actually give him any extra stats and as he also is immortal like all other companions he can’t actually be killed. Still, it is cool for him to be donning a bandana and some spikey battle armour.