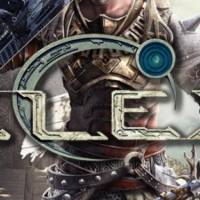 How to become a Paladin

Once you have joined the Beserkers, risen from Cultivator to Warrior, the next stage in your promotional journey is to progress to the rank of Paladin. Before you can become one though, you need to meet the following requirements:

How to unlock the quest: You need to talk to Ragnar in the Hotel Ruins of Goliet.

After starting the quest from Ragnar he will give you a bounty of Thorgal who you will find at the World Heart on the west side of Edan if you head south from the Domed City. If you speak to Thorgal you will learn that the Berserkers are fighting against some bandits in a camp which is past the North entrance. Head over and get rid of the Reavers group which will give you 100XP for each one you kill.

After you finish those Reavers you need to head to the entrance to the South and defend it then once finished you need to heaf to Thorgal again get a quest to find the bandit leader. You’ll get 800XP and then can head towards the hideout where bandit leader is camping east from the World Heart. There are other bandits around so you can focus on just on killing the Reaver Leader and gain 800XP when you do.

Finally go back to Thorgal and give him the good news which will give you 200 Elexit. Go back to Ragnar in the Hotel Ruins of Goliet and give him your report for 2000XP.