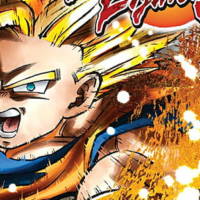 Here are some beginners tips to help get you started when playing Dragon Ball FighterZ.

This is chosen at the start of the game and it will be the hero who you’ll see in the lobby and can interact with other players.

In Dragon Ball, the main currency is called Zeni and allows you to buy items from the lobby. The cool thing about the in-game currency is it can also be used to buy DLC for the game so new characters can be bought for free without having to spend real-world money. Finally, you can also buy capsules which contain cosmetic items for characters.

Not sure what character is good to begin with? SSJ Goku and Vegeta are easy to pick up with the combos and useful to play as so you can pick up the basics of combat.

Use the training mode

Often overlooked by newcomers to the fighting genre but the training mode is the perfect place to practice with a new character and gives you an opportunity to learn their combos.

Learn the combos, not button bashing.

It is a time old concept that button bashing is for newcomers and this is probably partly true as the core of the game is a couple button which you can press in different orders for varied results. To get the most of your character though you need to learn their move sets to be able to stand a chance online.

Learn when to block, throw and attack

As with every fighting games, they are designed to be considered and countered, so if you mash buttons you will be easy pickings for an expert fighter. Block when it is right as your opponent is attacking but watch his moves to make sure you won’t get thrown (Dragon Rush) which can be counted with a light attack. Finally, if your opponent is blocking that is a perfect time for Dragon Rush, but again watch what they are doing.

While attacking with most characters who are crouched will be considered a low hit and if the enemy is blocking while standing they will probably be hit. The same can be said for a low blocking enemy, you can do a high hit which looks like a character jumping with his hands clasped together usually hitting the top of the blocking opponent.