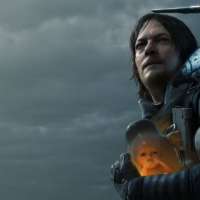 How to Kill and Avoid BTs

There’s a lot of obstacles when it comes to making deliveries in the desolate American wasteland, but there is nothing more treacherous than the terrifying BTs, or Beached Things.

In this guide, we’ll explain how to avoid the BTs, or kill them if it comes down to it.

How to Spot a BT

The key to surviving a BT encounter is knowing exactly where they are. However, the thing about BTs is that they’re completely invisible, that’s what your BB is here for.  BTs can only be spotted in areas with Timefall rain (or snow), and often in narrow, rocky places.

When you enter BT territory, your sensor will pop up out of your backpack and play a little scene, indicating that BTs are now present. This is your sign to take things slow, and keep on watch. Remember to use R1 to hold your breath, it does more than you could imagine.

The sensor will point in the direction of the nearest BT, and the speed of its spinning indicates how close the BT is to Sam. When the sensor is spinning rapidly, you’re practically touching them.

It’s not as hard as it sounds, because luckily when you stay perfectly still (also, cannot be holding your breath,) you will be able to spot the outline of the BT. However, when you go back in motion, they will vanish once again.

Sometimes you try your best and you don’t succeed, and end up being spotted by a BT anyways.  There’s still a chance to get away before you’re in trouble. The BT that spotted you will start bursting tar hands out of the ground in an attempt to grab you. As long as you don’t get grabbed by these, you’re safe.

If you get grabbed by this hand, or are particularly unluckily and run head-first into a BT, a massive puddle of tar will collect around Sam. You’ll have to mash square to shake off the BTs trying to drag you into the tar. Try and shake them off while getting out of the puddle as fast as possible.

If you get pulled down into the tar, that will lead you into the next segment….

Yeah, this is the scary part. Sam will get dragged through the tar while being swarmed by BTs, until you are brought to a big boss BT, a Catcher. Usually in the form of some animal, this is the big baddie of the area. You can try to fight the Catcher the same way you would any other BT, which we will break down in the next segment.

Your best bet in this situation is truly to try and bail, unless you’re really looking for a fight. If you can escape the massive lake of Tar, the Catcher will leave and you’ll be set free. Otherwise, you’ll have to take your blood weapons and challenge him head on.

How to Kill a BT

BTs are not harmed by regular weapons, so rubber bullets and real ammunition won’t do you any good here. Luckily, there’s plenty of actual weapons that will hurt them.

BTs are harmed by Sam’s bodily fluids, which means EX Grenades, Blood Grenades, Anti-BT Guns, or Blood Rounds. Most weapons have the option to change from regular ammunition to Blood-based ones in the menu, so check and see if you’ve got BT-ready weapons.

If you have blood bags equipped, the blood will be drawn from these bags. Otherwise, Sam will have to supply the blood himself, draining your health. Keep this in mind when using these weapons, as you can quite literally bleed yourself dry when firing at BTs.

Most basic BTs can be killed in a few rounds or with a single grenade, but the aforementioned Catcher can survive a LOT, so you’ll need to be heavily armed to whittle down his massive health bar.