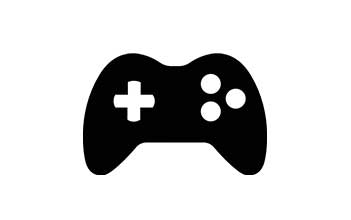 Getting Started: Your First 10 Turns as a Beginner’s Guide

Getting Started: Your First 10 Turns as a Beginner’s Guide

Welcome back citizens of the Star Union. Age of Wonders: Planetfall has fully breached orbit and is making waves on PS4, XBox One, and Steam. Join us as we establish the early game strategy and utilising your first 10 turns. So what are we waiting for? Let’s make planetfall!

As a note, this guide will not go into faction specific or secret technology strategies. This will be looking at the general rules of thumb and considerations to explore within the early game.
These considerations will allow new players to get a jump start and getting their feet wet whilst establishing a a foundation leading into the early to mid game.

The first 10 turns of the game are crucial. This is the part where you will make pivotal choices and also it is where your faction will need the guidance to stand against the rest of the world. So, how
do you make the most of these first 10 turns? Let’s take a look.

Scouting is one of the main factors in the early game. As detailed in the Art of War by Sun Tzu, “Knowing is half the battle”. Knowing what is around you will allow for better decision making and
evaluations leading into future turns.

Take a scout and edge bit by bit into neighbouring sectors. Your initial sight from your colony should give you some indication on what’s around you. But, there are some things you should
keep your eye out for. They are the following:

Without a strong economy, your faction will gather dust like the Star Union during a 200-year cryosleep. From turn 1 knowing what build order and research to invest into can make or break
your prospects. Whilst your scouts are scouting, you need to look at how your colony is doing right now.

Does it have increased food due to the rivers? Or does the fungal terrain provide additional research? Knowing what you have, and more importantly, what you don’t have will allow you to make choices easier.

For example, we have landed and the aforementioned situation is true. We have rivers and plains which gives us an awesome food supply but our other supplies are lacking slightly. Noticing that
there is a quarry in a nearby sector we know that annexing will come soon and grant us the extra production from the quarry.

That leaves energy and knowledge. The choice then becomes focus on energy to accelerate buildings and units construction or, allow for more speedy research.

Another top tip is the focus your colonist into food and growth. By pushing to your 1st Annex you gain access to the valuable resources earlier thus boosting your colony’s economic strength at the expense of happiness. If could even push towards the second Annex provided you have a happiness building on the way. You can switch to a different focus such as production to crank out a light military or crucial buildings afterwards.

With regards to Annexing, each colony will be able to expand at 4, 8, 12, and 16 colony size. You normally start before the first milestone, unless you select a commander trait beforehand. More on that in a different article. Knowing when you will gain access to another sector is important information and should always be part of your plans.

The topic of Tech. Research and Doctrine

Upon committing to the initial building in your colony, the decision then comes down to research options on turn 2. Both military and society research come online which choices to be made. For
the military, as you have scouted early, you should have a rough idea of what threats are in the local area. Identifying the type of units around you allows you to gear your army’s with the mods and
equipment needed to survive.

Commander starting traits aside, your research tree should be untouched and ready for your guidance. For Economic Research, it is advised to lean towards the Frontier Facilities technology. This will give your faction access to the Colonist Vehicle allowing early expansion to any valuable sectors you may have found during scouting. You will also gain a happiness build to keep your colonists content and to combat unhappiness as your colony grows.

Once you have completed the Frontier Facilities research, it is advised to aim for Frontier Policies next. This will allow you to adapt your the Frontier Survival Doctrine. This doctrine will give all your colonies a +15 to the food allowing them to grow faster. This also means you annex sectors quicker gaining increased resources to fund later productions.

Moving on to Military Research, a general rule of thumb is to research technology that will aid you against the threats around you. Do you find there are a lot of biological and cyborg enemies? Research bleeding mods. Are their units around your cities that mostly mechanical? Go for electrified munitions. Also, gearing your troops for survival is key. Aiming for early mods that grant armour, action free healing, support abilities via Tactical Operations that help in manual combat, and mods that decrease chance to be hit all help.

Once you have a couple of these, and you know you can afford the cosmite and energy costs, upgrade your mainstay units and even your commander. The tide of battle will sway in your favour as long as you keep you army geared up. The right tools and support can make or break early skirmishing and claiming territory from roaming marauders and NPCs.

When thinking about annexing your first sector or even founding your second colony, don’t forget about any NPC factions holed up nearby. It is a blessing in disguise as that sector will be protected from hostiles whilst not being hostile to you, for the time being. Don’t be afraid to spend some influence to politely ask the NPC faction to vacate if the sector holds landmarks or other valuable resource producers. By relinquishing control from them, you can move in and claim all the benefits for yourself and boosting your economy in the process and nabbing some loot as a bonus.

On the topic of NPC factions, completing quests for them early on can really help with production and economy. Also, it will create a great foundation for trade later on. Build a good enough relationship with them and you will be able to trade influence for units, doctrines, mods, and more.

Have a gander at the Objectives screen. There are 3 main trees or mindsets for victory with regards to objectives. There are diplomatic, militaristic, and development goals. For instance, pushing for an early expansion with an annexed sector and another colony will net you The Builder goal. The Builder grants you the doctrine of the same name which allows for cheaper colony structures. If you are the first to reach this goal you will also receive an extra colonist for free. So, knowing what you need the most and what rewards are out there is really important.

Don’t be afraid to use your energy! Energy is the currency with the game of Planetfall or one of at least. If you have a bunch of buildings or units you want to produce and you have a stockpile of energy, spend it. You can do it once per colony. But, you can accelerate the production of any colony dramatically. This also allows for your focus to be shifted elsewhere once you have what you need. It is also great for when you need a defence or offence force in a pinch.

Make sure you remember to utilise your Exploitations in your sectors. As mentioned in a previous section, knowing what your colony is good and bad at is very useful information. Knowing what you need to progress is even more useful. When you gain your first annex you will gain the ability to produce and Exploitation. These enhance the resource production of the one you select. If you are raking in the food and energy but your production is lacking, develop an Industrial Exploitation force instance. Conversely, if you have a big advantage on one resource, exploiting that resource even further can provide an even greater boost. Think about what you need and what you want.

To summarise, the early game is very important. It can make or break your journey to victory. However, by utilising your early resources you can gain a good foothold in the world and build a strong economic foundation for the rest of the game. In short, here is the early game checklist:

And that is your lot for now. Master your scouting, develop a strong economy, and know how to expand. This entire process will allow for an easier mid-game. Go on, make other factions look on in awe and envy!