Bandai Namco has announced a new mage class trailer which showcases of the class in their upcoming free-to-play online MMORPG for Xbox One.

Mages are able to store up mana and then release it all in a barrage of attacks and although they are not tanks like other classes their attack ability is up there as one of the best.

Bless Online takes place in a new world with hardcore MMO players n mind with combo-driven combat mechanics, player customisation and both PvE and PvP. Developed using the Unreal Engine 4 it’s able to bring the best that the engine can offer in visuals of a fully realised fantasy world. 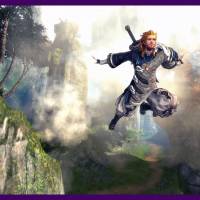