Welcome back champions of The Old World. Join us as we review Elector Counts by Cubicle 7 Entertainment. Ready your conquest to take the throne of The Empire in this point scoring board game where every card counts. Can you oust out the competition and claim glory?

What is Warhammer Elector Counts?

Warhammer Elector Counts is a 2-4 player point scoring card game based in the Old World Warhammer setting. Each game lasts around 20-40mins and requires a small to medium sized table space.

The greatest nation, that is The Empire, is a bastion that stands against the dark forces of Chaos, rampaging Orks, as well as other deadly threats. However, the Emperor is dead and the nation is plunged into a bitter civil war.

Each player takes the role of an Elector Count with aims to stake a claim on the empire that is now leaderless. But claiming victory will not be easy. Each player must acquire lands, defend them, and lay siege to enemy territories.

Before we can delve deep into fantasy civil war we must first set up the play area. As mentioned before, this is a 2-4 player game and is great for a small to medium coffee table. The aim of the game is to earn the most victory points. You can do this by controlling location cards. The more you defend and the more you besiege the more points you can gain. Defender, attacker, and support cards can assist in this campaign for the throne.

When setting up, each player is dealt a random Starting Location with any unclaimed ones removed from the game. This is pretty much your home territory. Each player also receives a starting money pool of 3 Shillings and their coloured Siege and Fortification Tokens. After shuffling the remaining cards to form the Reinforcement Deck, deal each player their starting hand depending on the number of players. Lastly, place the End Game card 20 from the bottom of the Reinforcement Deck and then we are ready to play!

The game is turn based with each player taking their turn before passing to the player on their left. As briefly mentioned before, the aim of the game is to score the most points. These points come from holding claim on location cards which all have point values detailed on them. You can do this by defending your own locations but also laying siege to those held by other players.

During a turn a player can take the following actions: play a location card, play defender cards on one of their locations, play attacker cards at one of your opponents locations, play a support card, place cards in your 2 reserve spaces for use in later turns, buy cards with shillings, and discard 1-2 cards for shillings. You can take perform as many as these actions as you are able. But you must be able to pass 3 cards to the player on your right once you have finished your turn. More on that later.

Gameplay consists of players taking their turns with the aim to secure as many Victory Points as possible. This can be achieved by placing more location cards, defending said location cards, as well as laying siege to an opponents location. The support cards can assist you in your campaign for control of the throne by providing positive effects for you or negative effects for your opponents. Also, you will gain shillings from gaining more locations as well as other card effects to spend on drawing more cards. Other mechanics such as placing up to 2 cards in Reserve is great for setting up future plays. Or, you could prevent the next player from using them against you.

As for defending and attacking locations, this is were it gets interesting. Whether it be defending or attacking you place your cards face down. This creates an element of risk going into battle. During the game you will assess whether you want to commit forces to defend your territories or invade an opponents. Ensuring your locations are free from attackers secures your victory points on those locations. When you commit attackers you will gain a Siege Token on that location netting those victory points if it goes uncontested.

Taking it a bit deeper, some cards also have keywords. These key words are: Counter, Assassinate, Earn, Steal, Retreat, and Ally. These can aid your war efforts by manipulating the board state. You could have an attacker that once flipped over will Assassinate a specific card netting you a free kill. You could play a card with Earn which will grant you extra shillings to spend. Or you might play attackers with the Ally keyword which allows them to be played with cards with the same Ally type such as Mercenaries or College of Mages. Using these effectively can swing the tides in your favour.

Once you have done everything you are able to in a turn, pass 3 cards to the player to your right, and any remaining cards can be placed in any of your 2 reserve slots or be discarded. You then draw reinforcements from the reinforcement deck, depending on the amount of players, and the player on your left starts their turn. This draw and turn mechanics is very interesting as it can give you some insight on how the person to the left is playing but also what resources the player to the right has.

The game can end in a couple of ways. It ends immediately when a player has 5 fortification tokens, 5 siege tokens, or a combination of 8 at the start of their turn. Or, if the End Game card is revealed from the reinforcement deck then the end game phase is triggered. If revealed during a turn then conduct the turn as normal, but draw to a starting hand size instead at the end of your turn. Then the end game phase begins. You can only perform 1 action per turn, you cannot refill your hand at the end of the turn, and you don’t pass cards to the player on the right. If a player cannot perform an action or fulfils the previous end game condition then the game ends. The player with the most victory points from uncontested locations wins. Draws result in players ruling over The Empire together.

Overall, despite their being a lot of the surface, the game is fairly simple to learn and very engaging to play. After the first couple of games the setup took only a couple of minutes with the hunger for victory following shortly after. The reinforcement deck and mechanic is fantastic. By passing 3 cards to the player on your right allows for some valuable information to be gained for the entire table. That combined with a currency to keep the game flowing makes for an exciting race for the title of Emperor!

On the surface the gameplay holds a substantial amount of tactical weight that is both simple to enjoy and engaging to master. Knowing what cards to keep and utilise and those to pass onto the next player can create some great risk reward situations. Also, the shilling currency and mechanic keeps the game flowing nicely and create even more tactical thought. Don’t want the cards you have or don’t want the opponent to have them? Sell them off for some shiny coins!

To summarise the cards, there are four different types. Attacker cards allow you to commit to a siege. If the siege goes uncontested then you gain a siege token on that location which also means you gain the location’s victory points at the end of the game. Defender cards allow you to drive off attackers. If successful you gain a fortification token to auto-defeat an attack in future. Great stuff! Support cards have different effects that can aid you or hinder other players. And Location cards grant you immediate shilling tokens depend on their value and net you victory points if you have claim on them. Use them well!

The fact that this is a 2-4 player game also opens it up to more social dynamics and households. For the 2 player games there are adjustments to the rules too. This ensures correct balance for the gameplay and game flow. The main differences are that cards that require more than 2 players are removed, starting hand size is increased, and you draw more reinforcements.

Gameplay slightly aside, the artwork is gorgeous! The cover design and illustrations are beautifully crafted by over 20 amazing people. On top of that, the box is so convenient! It can be daunting hoisting a heavy big box onto the table or carrying it to a location. This one can be compared to a hardback book. It is suitable for bag transport and is bookcase worthy. Not only that, it has bags for your tokens included! Talk about thinking of everything!

More on the mechanics and strategy, quite simply I love it. The more you play it the more you get to appreciate how the game state can be manipulated. There are a plethora of facets that opens the game up to different levels of play but also ways to play. Do you play aggressively or defensively? Do you pool your shillings or spend them straight away? Even down to saving your shillings until later in the game and forcing the End Game phase by buying a lot of cards. Each game presents a fresh campaign to tackle.

Overall, I find the gameplay fluid and tactically gripping. And, as mentioned above, each time Elector Counts is brought to the table the game will never be like the last. With a decent amount of variables with regards to mechanics, the tides of battle can always change with clever play. And quite simply, it is rewarding. Placing down that fortification token after a successful defence or retaining your siege token is so satisfying!

If I were to seek improvements or additions, which is very hard to do with a well designed game such as this, I would say optional rules for faction abilities. Selecting or being randomly dealt a faction with a once per turn ability or the like could open the game up and increase the replayability even further. Also, a Raze keyword with balanced conditions just in case you can’t control a location and don’t want anyone else to have it either. A bit of sneakiness and fire goes a long way on the road to conquest.

Elector Counts by Cubicle 7 Entertainment is a fast paced, rallying campaign to secure the throne of the Empire with engaging and rewarding gameplay. It’s systems are simple to learn and offers oodles of twists and turns during your conquest. Although it does help if you are familiar with The Old World setting of Warhammer to fully appreciate the title aesthetically, Elector Counts does not hold that against players if this is their first time. It is a welcoming conscription to cards and shillings within The Empire and The Old World.

Elector Counts is a snap fire, thrilling, and engaging point scoring board game where every card counts. It combines resource management, tactical and strategic thinking, and a bit of risk taking to state your claim on the empty throne of The Empire. It is also very portable and convenient which does wonders for shelf space and transportation. 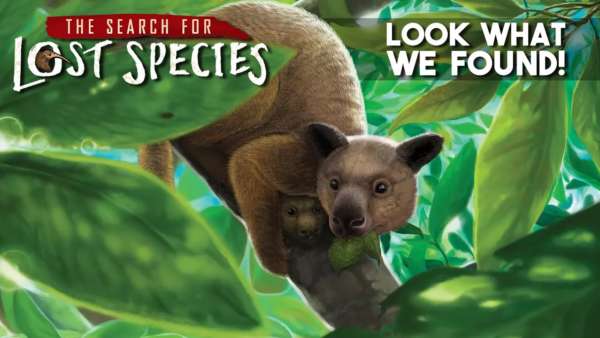