Spiritual successors have become something of an industry standard in the last few years, and the latest RPG to draw inspiration from a previous franchise is The Legend of Legacy. Although it does not have the same public presence as Final Fantasy, Square Enix’s SaGa franchise last saw an entry back in 2012, but has now been effectively rebooted under the care of a new developer on the Nintendo 3DS.

The Legend of Legacy takes a slightly alternative approach in that you can choose between seven distinct characters from the beginning. Each of the cast has their own reasons for travelling to mysterious island of Avalon, where it is rumoured that the gods walk alongside mortal kind. From the ruthless mercenary Owen who has been charged with eliminating false deities, to the amphibious royal Filmia who seeks to regain his lost honour, each protagonist has their own motivations, which are explained as you traverse over the different locations across the island. Although all the main characters eventually meet as you progress through the game, the hero you choose is paired with two characters from the initial selection. There is no particular benefit for choosing a particular protagonist over another except for a slightly different prologue, which is slightly disappointing as each hero’s strengths or weaknesses could have affected the flow of gameplay, encouraging you to use the New Game Plus feature upon completion. 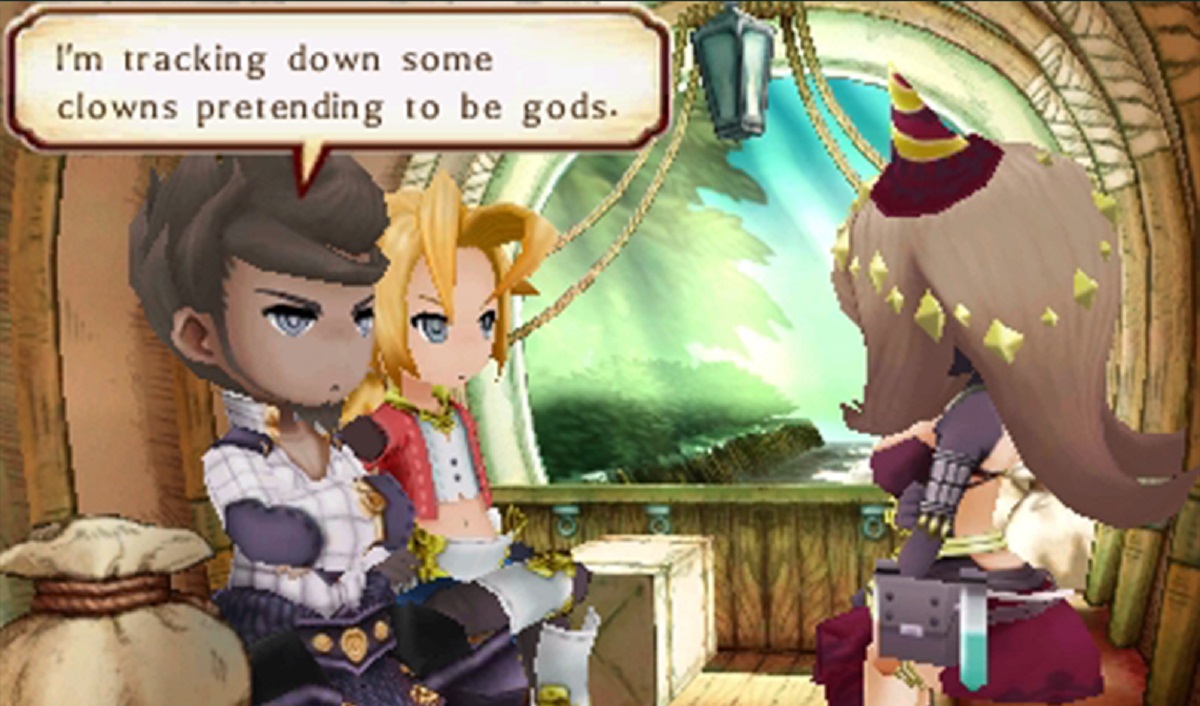 Although the pairings may seem random on first glance, they appear to balance your party roster by allowing you to have a range of characters to experiment with at your leisure. The battle system of The Legend of Legacy is one of its strongest aspects. At the beginning of each turn, you are asked to choose a formation that is similar to Final Fantasy XIII’s Paradigm Shift system. Each formation assigns a character one of three default Stances, Attack, Guard and Support, and more become available as you explore Avalon’s uncharted lands. Unlike some RPGs which tend to typecast their heroes, every character is capable of taking on the roles required to activate each formation, but some will prove more effective than others for a particular job.

The traditional level up system has undergone a slight alteration, whereby you will only gain experience for the Stance that you give each character in battle. While this is a worthwhile mechanic, it can prove to be detrimental as the difficulty of the wild encounters and bosses can change dramatically within a few in-game steps. According to the island’s lore, the village of Initium is the only safe haven, and one of your missions throughout the adventure is to create maps of the uncharted terrain. After you have cleared a sub-area in a larger location, you can sell the map to a merchant, who will offer you a price dependant on how many sub-areas you have charted in a specific location. Although this seems like an interesting diversion, all it requires you to do is explore every inch of the area while the initially empty map and all places of interest and item locations are filled in automatically. This feels like a wasted opportunity, as the map system in Etrian Odyssey and Persona Q allowed for much greater customisation, and provided more beneficial rewards upon their completion. 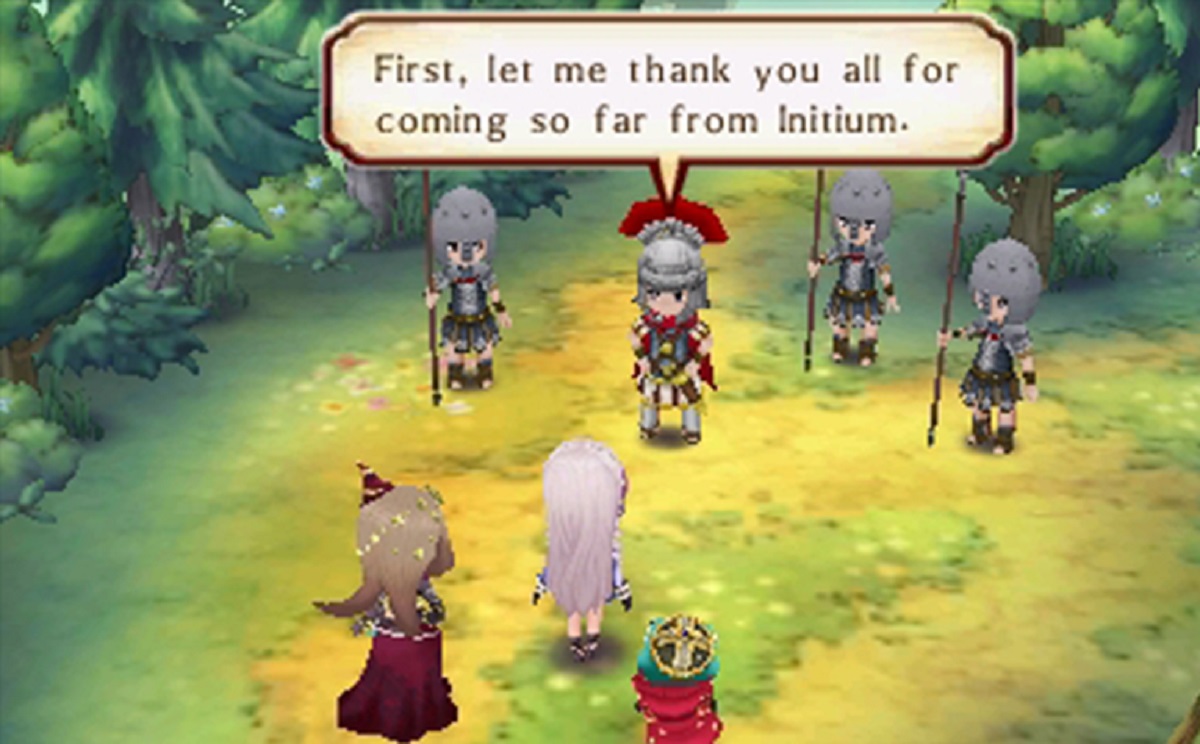 Instead of a larger narrative that establishes a threat that requires the characters to unite to overcome, the entire adventure is spent focusing on personal development of your party’s strength through side-quests and mini-bosses, rather than constant attacks from motive driven antagonists. This kind of gameplay progression is a refreshing change from the usual apocalypse prevention that has become an expected ingredient in the recipe of an RPG. While there are events where the characters must face themselves or the mandatory antagonists, The Legend of Legacy focuses on the aspect of exploring an unknown landmass. Speaking from the perspective of a gamer who is used to having an ultimate end goal, it is slightly disappointing to not have true closure for each character’s story. The journey that each hero undertakes feels relatable, and on some occasions you will need to dry your eyes, but the lack of an eventual emotional release makes me feel slightly unsympathetic to their plight.

Like many RPGs that have been released on the Nintendo 3DS, The Legend of Legacy uses a chibi styled three dimensional avatar for each of the main cast. Each of the characters models do little to revolutionise the experience., but on a system with limited graphical capability, they are more than appropriate for the job. While the game uses low resolution 3D visuals for the locations, storybook style pop ups add a layer of wonder to each of the locations visited . Each of the typical themed locations make an appearance from the dangerous forests to the desolate frozen wastes, but with the storybook illustrations mixed with the polygon graphics, they almost feel like an entirely new landscape that has never been explored.

Overall, The Legend of Legacy is a capable role playing game with an interesting mixture of two distinct kinds of graphical styles. While there is not a definable conclusion, and there are a few design choices that dampen the experience, the adventuring aspect of the game, in combination with relatable characters and a vast open ended world rises it above a lot of adventures we have seen in the last few years.

Although it tries to move forward in a new direction, The Legend of Legacy is an adventure which lacks the driving force to be a true classic, but is definitely worth exploring for anyone who enjoys exploring the unknown.