Point and click adventure games were, in the 1990s, one of the most popular genres in the market. However, as the industry evolved they slowly became less relevant, with 3D focused titles taking the helm. The genre has since seen a resurgence over the last few years, with companies such as Telltale Games and Daedalic Entertainment offering brand new adventures in the same style as their older counterparts. One of these titles was The Book of Unwritten Tales, developed by a German studio named KingART Games. After a successful prequel, and a Kickstarter campaign to help boost their development funds, KingART have released the long awaited sequel to their fantasy saga.

The Book of Unwritten Tales 2 takes place sometime after the end of the first game, and the protagonists have gone their separate ways after defeating the arch witch, Mortroga. The human, Nate Bonnett, has resumed his life of thievery, with his friend the Critter at his side. The elven princess Ivo has returned to her home in the Woodland Realm, while Wilbur the gnome has taken up a teaching post at a school of witchcraft and wizardry. If you haven’t played either the original Book of Unwritten Tales, or its prequel, The Critter Chronicles, you do not need to be concerned here as the necessary back story will be filled in for you. The peace created in the previous adventures does not last, however, as a mysterious dark force begins to overcome the coastal town of Seastone, forcing our four heroes to reunite and save the world once more. That is, once they have solved the issues that they are facing in their own lives.

As The Book of Unwritten Tales 2 centres around an epic fantasy, it is not a surprise to see several different species from the metaphorical woodwork. As well as the aforementioned gnomes, elves, humans and unidentifiable-yet-dependable furry creatures, you will encounter a dependable Zorro inspired rodent thief, an eager to please genie with no self confidence in his cosmic powers, and a narcissistic songbird with a strong desire to enforce the law to the letter. Each of the characters breathes new life into the area they inhabit with their vibrant personalities and relatable ambitions, such as the condescending attitude of the election candidate Councillor Van Buren, the self destructive double headed troll that runs the local tavern, or the naive optimism and enthusiasm of Timmy the rat who aspires to be like his freedom fighting uncle.

Though some locations from the original game return, the majority of settings are entirely new, such as the elfburrow, the pirate’s island lair and the underground home of the rat folk. The character models have been vastly improved from the original games, and the new backgrounds are beautifully rendered to compliment them in combination with a new dynamic camera system. These techniques make each location feel more like a three dimensional world, rather than a flat setpiece that could pass for a photograph.

One aspect of point and clicks that tends to divide fans is the balance of interactive puzzles and the storyline. Unlike the cut scene heavy progression in The Walking Dead, The Book of Unwritten Tales 2 features puzzles in spades, whilst using plenty of exposition and carefully inserted jokes to spice up the dialogue. Longer scenes will take place on occasion, but they are generally placed within the transitions between characters, rather than after every dialogue option is chosen. The humour of BOUT2 will definitely appeal to a wide audience, as it ranges from slapstick gags caused by a chain of inventory items, to a throwaway comment by a playable character and subtle references hidden in the background of an area, such as the sword from Minecraft or the dragonborn’s helmet from Skyrim.

If you are expecting some of the game’s puzzles to rely on random logic to proceed, then you will be pleasantly surprised with The Book of Unwritten Tales 2, as most of the solutions to the problems you face can be solved in logical ways. There are a few instances where this does not prove true, but for the most part, you can figure out how to find the ingredients for a medicine or construct a disguise to fool a near sighted individual without needing to resort to an online strategy guide, or speaking to the same character on numerous occasions.

Although some may find using Kickstarter to partially fund a publisher backed game to be slightly controversial, it has allowed KingART to polish their latest game with high quality extras, such as sidequests to compliment the main adventure’s puzzles and a partially orchestral soundtrack. Each of the enhanced background pieces fit their locations very well, and, when used, the additional instruments give a richer aesthetic to the game world. My personal favourites include the inside the pirate kings palace, or when you are in the snow covered town of Seastone in the third chapter. The original completion jingle from the first two games also returns with a flair, as well as several small pieces from the history of the franchise.

Overall, The Book of Unwritten Tales 2 is an audiovisual masterpiece. It features a beautiful fantasy realm, plenty of puzzles with mostly sensible solutions and a cast of charming characters that make you wonder what they will come out with next. Fans of The Critter Chronicles or the original game will be enthralled by the sequel, while newcomers to the franchise can bask in the magic that exudes from every set piece. With all this mind, I can say with confidence that The Book of Unwritten Tales 2 is an early contender for one of the best adventure games to be released this year. 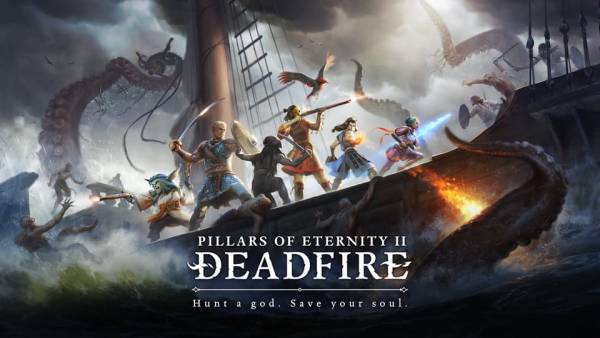