Three years ago, a prototype game known as Stikbold was developed during the Nordic Game Jam. The development team known as Game Swing was praised for their creation, so they decided to develop a full game based on their original idea. Stikbold! A Dodgeball Adventure originally saw a release on Steam, but has now crossed over to home consoles. As suggested in the title, the aim of the game is to play Stikbold, which is the Danish word for Dodgeball. If you have ever played the sport, there are no major omissions from it’s real world counterpart, but there are a few additions to the formula which will please gamers and sport fans alike.

In Stikbold!, you work together with one or two team-mates to eliminate the other team. In all modes, you can use a combination of human player or AI helpers in your quest for victory. Besides basic movement using the left analog stick, the only buttons you need to remember are the left and right triggers, which allow you to catch and throw the ball respectively, or to tackle your opponent to try and retrieve the ball from their grasp. There are no complicated special moves to learn, so the playing field is evened out, making the experience more user friendly as a result. Against the computer controlled opponents, the fast pace of a match relies on you having razor sharp reflexes to dodge their attacks, whilst making your own when the opportunity arises. When you eventually earn the vital points for defeating the opposing team, there is a definite sense of achievement, rather than relief at the outcome. 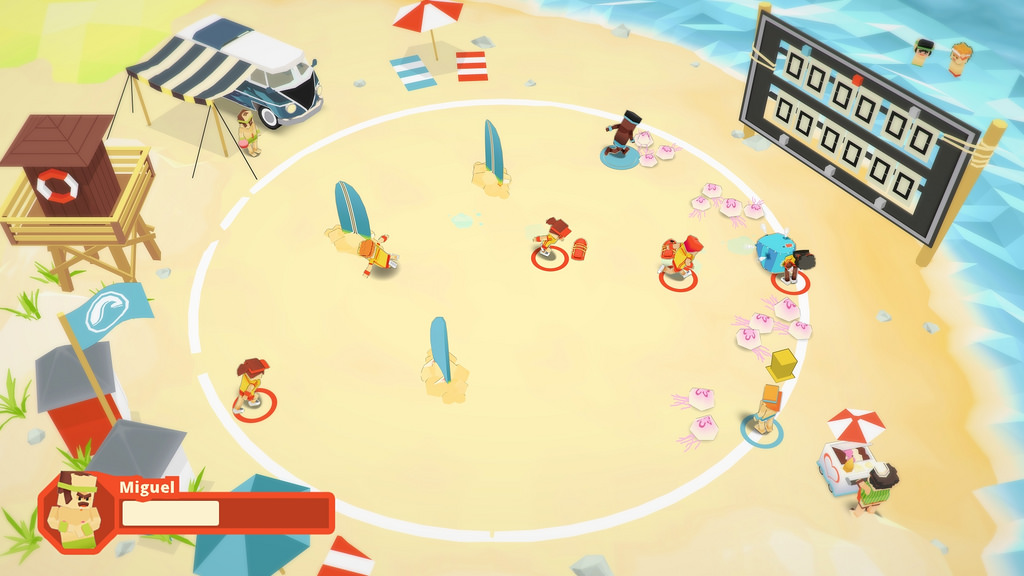 If you are after some single player action, there is a campaign mode available with a storyline attached. After coming second in a Stikbold championship, the appropriately named Coach is furious with his star players Bjorn and Jerome, and orders them to train harder before the next tournament takes place. As the two athletes travel along their journey, they defeat a group of beach bullies, stop a van full of hippies from vandalising a local beauty spot and even come face to face with the Devil himself. The storyline is every bit as entertaining as it is ridiculous, and once an area has been completed during the Story Mode, a character from that particular level will be unlocked, so you can play with them during the local multi-player matches.

Throughout the twelve stages of the single player campaign, the majority of the stages are regular Stikbold matches with narrative specific opponents. The arenas are based on real world locations such as the Beach, the local harbour and the community center, which have environmental hazards such as spilt oil, falling crates and speeding traffic. Dodging these obstacles as well as damaging your opponent is certainly a challenge, and prevents the matches from becoming repetitive. Occasionally you will enter into a boss battle style stage. In these arenas, you must use the ball, as well as loose items scattered around the arena such as Jellyfish and Mushrooms, which act as projectiles to lower your enemy’s health. These levels offer a unique change to the usual flow of a Stikbold match, and force you to change your tactics every so often when the enemy’s attack pattern changes.

Unlike some competitive video games, there is no particular speed or power advantage to using specific characters outside of the campaign, outside of customising the outer appearance of your team. Although it would have been nice to see a bit more variation between the competitors, it is clear that the focus of Stikbold! is on casual multi player experiences, rather than proving you are a world class Dodgeball player. Games such as Crossy Road and Minecraft have paved the way for voxel graphics to become popular, and Stikbold! uses this style to great effect. This cartoon styled effect fits perfectly with the light hearted comedy tone present throughout the game, as well as the psychedelic 70’s look that we all know and love. From the van driving hippies to the sweat band wearing athletes, all the typical stereotypes have made their way over to Stikbold! alongside the slapstick humour and imaginary language that is spoken cut-scenes. 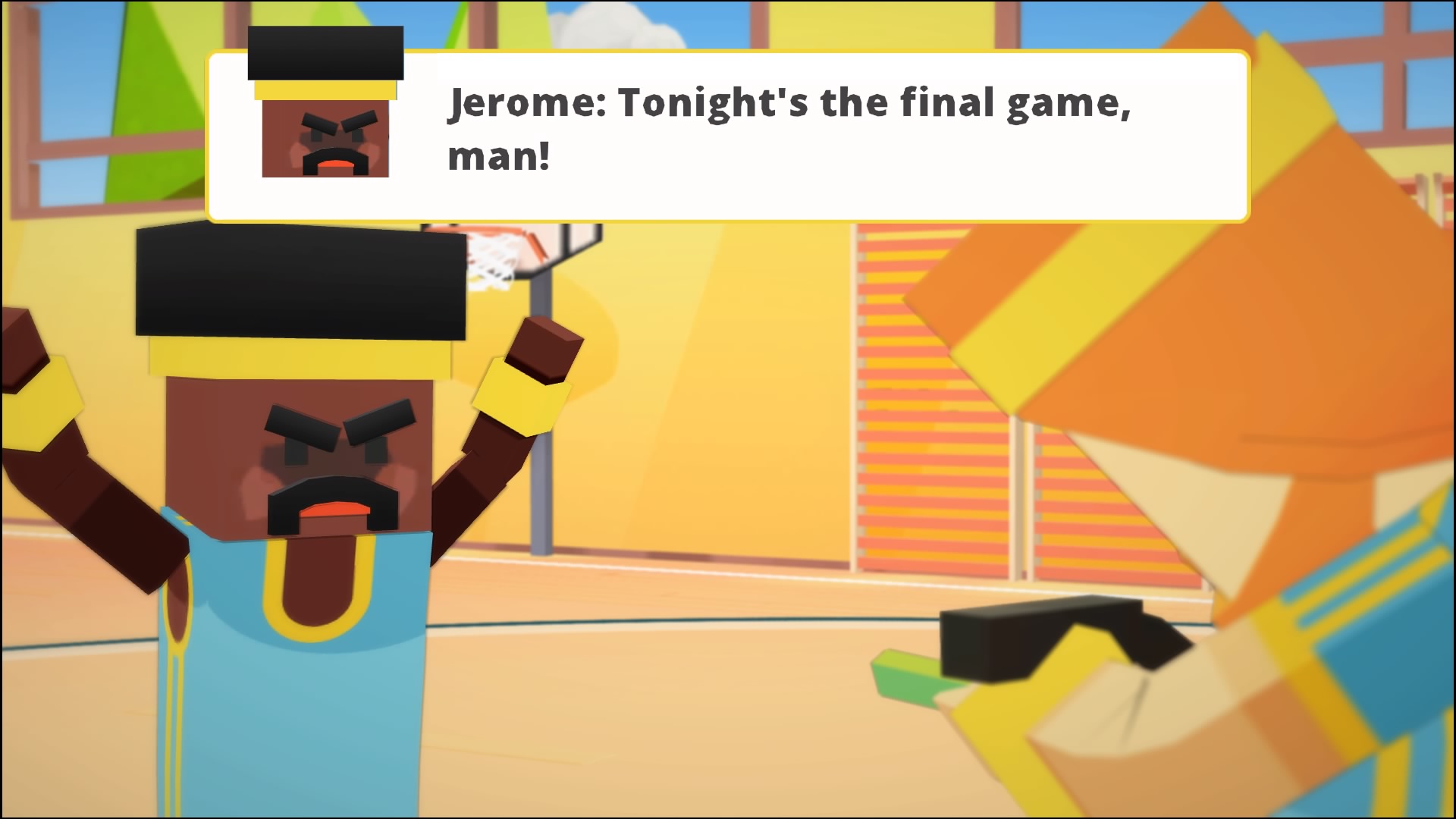 A reasonable set of local multi player options are available to choose from, but unfortunately no online modes have been included alongside them. This is a disappointment as this kind of arcade style sporting title could have been quite popular online, as similar sports games such as EA’s FIFA and NHL series have proven year after year. It is possible to use any of the arenas from the Story Mode in the multiplayer modes, so you can throw mushrooms at your friends in particular arenas, as well as at the boss characters when you choose to go it alone.

Overall, Stikbold! is a relatively entertaining sporting simulator, Its simple control scheme and addictive dodgeball gameplay will keep you coming back for more, as well as providing an entertaining story mode with a cast of charming characters. At just under ten pounds, Stikbold! is fantastic value for money and a unique experience that any competitive minded gamer should try at least once.

If you are looking for a fast paced sports game with a twist, then Skitbold! is a definite contender. It's low price, along with it's accessibility and simple controls are ideal for anyone who is looking for a rewarding multiplayer experience.