Starcraft 2: Heart of the Swarm takes place shortly after the end of Wings of Liberty. Char is under dominion control, Tychus is dead at the hands of Jim Raynor and Kerrigan has been reverted back to her human form. After escaping from captivity and being separated from her lover Jim Raynor, Kerrigan must unite the Zerg horde and gather strength to strike at the tyrannical Dominion.

The story is told through a mix of visually stunning CG sequences and in engine cut-scenes. While the CG sequences are few and far between, they punctuate dramatic moments wonderfully, usually capping off a series of missions or plot twist. Other scenes are shown within the games engine, which itself is no slouch as the varied cast all look great and fit within the dirty reaches of the Korhal star system. The production of the game is well executed with slick transitions between the missions and interludes aboard the leviathan. Writhing biomass constructs the HUD at the beginning of each mission. The package the game is wrapped in is undeniably well constructed, fitting this more grotesque chapter perfectly.

Graphics have received a small upgrade with added gore and improved physics. Terrain is more varied and detailed with vibrant colours and rich environments used as the backdrop for intergalactic warfare. The campaign highlights this with hero unit abilities that can be used to traverse certain terrain types.

The cast of characters are brought together by a well acted story. While the campaign lays on the over-dramatics and cliché during the opening hour. This is to thrust the story right into the action instead of taking its time to slowly unravel. This works for the better in the long run as it doesn’t waste time to get the story rolling again. Characters are given more room to develop though in a 20 mission experience. The new characters are mostly the residents of the massive Zerg Leviathan that Kerrigan uses to travel between planets. Working similar to the Hyperion from Wings of Liberty, Kerrigan is able to interact with her Zerg advisers. The croaking Abathur dwells in the evolution pit, striving for refined evolution, and the cold Izsha who mostly relays mission briefings and pertinent information. While it shows a slightly more human side to the previously feral like Zerg, it lacks the overall personality of the crew on the Hyperion. The western theme of Raynor’s adventure gives way to a brutal and almost emotionless cast of characters which leaves Kerrigan as the emotional epicentre to most of the action which can be a lacking as the plot drives ever forward.

The campaign missions are a varied bag of objectives that are rarely as simple as destroying the AI’s base. Objectives run the gambit, infesting a Terran ship with a single larva, feeding a thousand year old behemoth until it wakes up or piloting a space ship through an asteroid field. Missions tread a fine line between educating a new Zerg species or ability that is tailored for that mission, and the long-term goal of survival and destruction. The campaign does a good job at teaching the ins and outs of each unit before taking the step to multiplayer. While the difficulty picks up where the previous one left of, it is an easy progression unless played on the higher difficulties. The varied mission objectives keep the campaign from becoming stale and keeps the pace going at a fast rate as Kerrigan travels from planet to planet.

Hero units play a larger role in the campaign than before. Kerrigan is a constant force on the battlefield and gains new abilities as she gains power. Her role is that of a wild card to augment her army with offensive and defensive abilities. As she powers up she can either heal surrounding units or charge toward them to deal a punishing blow, and later being able to call in other powerful units for temporary support. Her abilities can be switched around between missions with no penalty, allowing for experimentation with play styles.

A redesigned multiplayer interface is aimed more towards newer players than the ones who will be playing the game professionally. Additions such as clan support and the ability to replay old games from any point are welcome and round out the multiplayer options. A handful of new units across the three races have also been added. While these units are yet to shake up long standing strategies, they offer a few new tricks to learn and assimilate into overall play. This is on top of a few tweaks to already existing units that Blizzard is sure to continuously perfect as time progresses.

Banelings are now a bigger threat to advancing armies

Heart of the swarm conforms to what was expected of it without breaking the mould. While the expansion is well produced, the game doesn’t shake things up in any way but instead sticks very closely to the model Wings of Liberty created. It takes what made it great and sticks with it through and through, but at the cost of making it feel too safe. 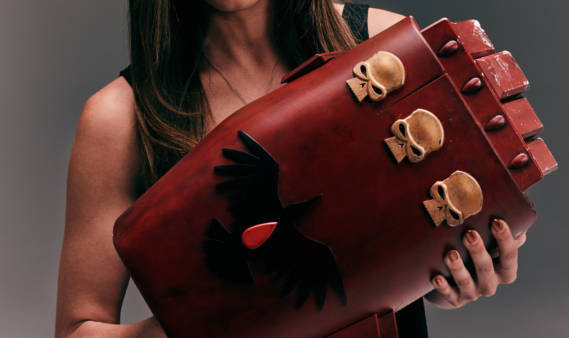 Heroes of the Storm Gets a Massive 2.0 Update
Powered by Magic