Editor’s Note – This review mainly focuses on the additional content which has been added into the original Sonic Mania, which we reviewed back in August 2017. Owners of the original game will need to purchase the Encore DLC to upgrade their copy, which is now available to purchase on PlayStation Network, Xbox Store, Steam and Nintendo eShop for £3.99 / $4.99.

After the critical and commercial success that Sonic Mania achieved following it’s release in Summer 2017, it was inevitable that we would be seeing more of the 16 bit platforming that made the blue hedgehog a household name. What we eventually received is Sonic Mania Plus, a director’s cut styled update that brings tweaks to the original game, as well as a host of new content and features to further extend your playtime.

For the most part, Mania Mode, which was the main story mode of Sonic Mania is the same as it was before. Various bug fixes and refinements have been implemented as you may expect, but there are two surprises in store for returning players. The first element is that Continues have been added, which allows you to immediately resume the game if you lose all your lives. This is particularly useful when fighting difficult bosses, such as the submarine machine piloted by Dr. Eggman in Oil Ocean Zone. The second change is that one of the game’s most tedious boss fights has now been replaced by a more bearable alternative. The appearance of this powerful enemy will have long time fans squealing with delight, as it harkens back to a Sonic game which never got the attention it definitely deserved. These changes to Mania Mode are provided to older Sonic Mania players for free, so if they are happy with the older version of the game, they do not have to upgrade their experience.

What makes Sonic Mania Plus stand out from the original release are three new pieces of additional content. The first big change is the arrival of two playable characters who haven’t appeared in a mainline Sonic game for twenty-three years, Mighty the Armadillo and Ray the Flying Squirrel. Mighty’s abilities allows him to instantly drop to the ground in mid-air, causing nearby items and enemies to react accordingly, and hop across spike traps without losing any collected rings. Ray is able to glide in a manner similar to Cape Mario in Super Mario World, allowing you to reach higher areas or soar across the stage, barring any obstacles in his path. It is pleasing to see that these two animals both have unique abilities, giving new players and returning fans a chance to experience Sonic Mania in a whole new way.

The second major addition to Sonic Mania Plus is the Encore Mode, which is a New Game Plus styled adventure through the twelve zones already visited in Mania Mode, as well as the inclusion of a brief playable segment of Angel Island Zone from Sonic 3. The colour palettes for each of the levels has been dramatically altered, which works better in some levels than it does in others. While the new aesthetic is reasonably different in Green Hill Zone, the daytime styled colour scheme in Oil Ocean Zone makes it feel like you are playing through a different zone altogether. Some of the levels have differences in their layouts, as well as newly designed special stages which will give even the most skilled Sonic players a run for their money.

Instead of playing as just one character, you will have two characters on screen at any one time, with the ability to switch between them at a press of a button. This makes travelling through each zone a more dynamic experience, particularly when travelling through routes that can only be accessed by a particular character. The traditional life count has also been thrown aside, with each character from the roster counting as a single life. Various new kinds of item monitors switch around and add new characters to your team roster, but it is definitely easier to win them back using the final new feature of Sonic Mania Plus.

The feature in question is the new Bonus Stage that replaces the Blue Sphere bonus stages in Encore Mode. Trap Tower combines together elements from spin off games Knuckles Chaotix and Sonic Spinball, proving a pixelated pinball experience along with the Combi Catcher to rescue fallen allies from their digital purgatory. The pinball physics in Trap Tower aren’t perfect, and the controls for the Combi Catcher can be a little tough to learn, but it is certainly an entertaining distraction that will test player’s patience as well as their skill.

Overall, Sonic Mania Plus is the definitive edition of an already excellent 2D platformer. For any returning players, the additional characters and the Encore Mode are certainly worth the reasonable upgrade price. If you have yet to pick up SEGA’s latest 2D high speed offering, there has never been a better time to invest in the retrospective masterpiece that is Sonic Mania Plus.

Whether you are a retro fan or a modern gamer, Sonic Mania Plus provides everything that you could want from a fast paced 16 bit 2D platformer. 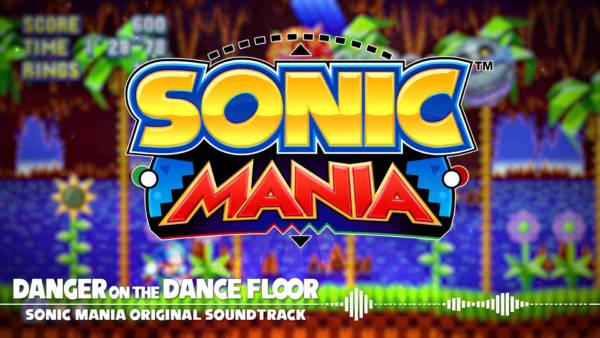