There are not many games that I will see from a screenshot and think “this is a game I must play”, Seasons After Fall is one of those games that captivated me from the very beginning with its beautiful art style and cute little fox. The only worry I had is if the gameplay, mechanics and story did not live up to the aesthetic of the video game.

In Seasons After Fall you play a small little fox, guided by a voice who tells you that you need to find the sleeping guardians of the forest and gain control over each season so that you are able to finish a ritual that will help said voice escape the forest. To jump from place to place you’ll need command over each season to be able to complete a variety of different platform based puzzles.

Each season has its own charming and beautiful colour palette that resembles it, winter is a cool blend of blues and purples while autumn is orange and browns with spring being vibrant colours of different greens. The game is able to tell a soft and gentle story backed up by its colours, art style and music.

You’ll fall in love with the peaceful ambience that the game is able to create and even though environments looks the same it is still just a beautiful. The story pushes to tell you about life, death and nature and how you should respect every living thing which makes it a game game to play with your children or for a child to play. With the music it further adds to the atmosphere and was produced by a live (at the time) orchestra which makes the game feel a lot more magical.

When it comes to gameplay it is a puzzler platformer through and through which makes you need each season to alter the environment to be able to access to new areas and progress the story, heading from each part of the forest from the main central sanctuary. In terms of how the seasons work, they reflect how to solve each puzzle. In winter, water freezes that allows you to walk across the water which you’d normally have to swim through and jump up ledges you otherwise would not be able to (as you know it’s water). In autumn mushroom opens up and act as platforms allowing you to gain height to other places as well as a lot of windy leaves, with summer you can use flowers which become springy pads to send your little fox flying. Finally spring the rainy season, allows you to raise the water levels from flowers you use as jumping posts in the summer seasons.

Each season mechanic is well thought out and all of them combined give you an arsenal to mix and match them together to solve puzzles. As you gain each season through the story you are given more complex puzzles, some include little bugs that act different in each season. A lot of the first part of the story though when you are collecting the seasons is very basic and might be considered really easy for those who are well versed in them. Preserving through the game changes it tone ever so slightly, introduces different more complex puzzles and tries to engage you a bit better. The more you play each puzzle, the better at switching between the seasons it becomes and almost becomes second nature, using each mechanic of nature to gain access to your next area or completing the obstacle at hand.

Although the game pulls you into its relaxed nature and exploring the surroundings is fun, the frustrating part of the game is in its similarities and lack of direction. A lot of my time between the longer puzzles I found myself being lost in what I was meant to be doing and did a lot of unneeded backtracking to areas I had been to already trying to find the next step to take. With no markers or commentary it can become almost impossible to find out where to go next and would of benefit from some form of visual cue that tells you are still on target, or going in the right direction at least.

A lot of time I spent in the game I felt was not due to a long story or tough puzzles but due to a lot of backtracking, even when you have completed your objective you need to head back to the central hub by running back (sometime for quite a distance). It would of made much more sense to teleport you back to the area you needed to go and save the player’s time. Extending the gameplay either accidentally or on purpose just made some sections become dull.

There are some hard puzzles later down the line which don’t give you  such an instant response and you have to build up solving smaller puzzles to finish the bigger one, along with some cool mechanics like chaining up fireflies, but towards the end the variety of puzzles does dry up making it not feel as fresh or magical from when you first started. This shows a desperate need to expand on the mechanics and the amount of puzzlers that you throw in front of the player to make it not such much of the same.

Overall, Seasons After Fall is beautiful to look at, beautiful to listen to and is a magical experience, but it does get repetitive and frustrating at times when you need to backtrack, a lot of time feels wasted in general rather than on solving tough puzzles. Regardless of its less appealing elements, it is a game which is great to play to relax (for the most part) and has a fresh art style but you’ll probably only play it through once.

Seasons After Fall is a beautiful hand-drawn experience with a magical setting and an interesting seasons mechanic but is frustratingly repetitive with a lot of backtracking and little replay value. 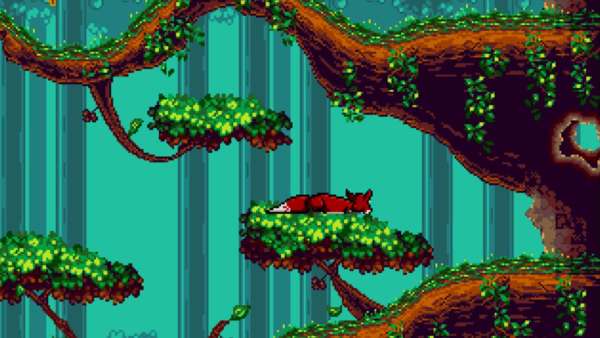