Quantum Break is somewhat of a remnant of the original vision for the Xbox One, the all-in-one entertainment system from Microsoft. A fusion of video gaming and live-action TV, Quantum Break is an ambitious project and whilst it’s not without its flaws, the concept works much better than it has any right to. With Max Payne and Alan Wake to their name, Remedy Entertainment have a healthy stable of fantastic cinematic action games behind them. Quantum Break feels like the logical next step of Remedy’s development, combining the fast-paced, time-bending action of Max Payne with the episodic, character-driven storytelling of Alan Wake to create something truly special.

Centred around the conflict between best-friends-turned-worst-enemies Jack Joyce and Paul Serene, Quantum Break tells the story of the end of time. An experiment with a time machine at the Riverport University goes airy, as they usually do and the resulting chaos imbues both our hero and villain with the ability to control time, as well as leading to a fracture in time that ultimately dooms us all. Just as the experiment goes tits up, security personnel from the mysterious Monarch Solutions show up and start shooting the place up. Paul flees into the time machine and gets sent to the future, whilst Jack and his brother Will leg it out of the building, whereupon they run into the now suddenly villainous Paul who promptly murders Will, giving Jack his primary motivation.

Quantum Break’s plot and character motivations are incredibly intricate and I could spend a few thousand words here just trying to give you the cliff notes version but I won’t; suffice to say, the story is top-notch. Remedy have done their research and learnt lessons from film and gaming’s previous forays into time travel-based stories and managed to craft a set of rules and constants based on the most predominant theories of how time travel might work. What’s more, they successfully manage to stick to those rules, avoiding the common pitfalls when dealing with time travel and the resulting paradoxes. The characters themselves are well-realised and, more importantly well portrayed by their respective actors. Shawn Ashmore does a fantastic job of bringing the rebellious and hot-headed Jack Joyce to life whilst Game of Thrones’ Aiden Gillen portrays the sombre but viciously determined Paul Serene with the gusto you’d expect from him. The supporting cast is great too, with Dominic Monaghan providing a lot of the humour as Jack’s socially awkward but brilliant scientist brother. The star of show has to be Beth Wilder though, portrayed by Courtney Hope, who plays an agent within Monarch who is working against them to prevent to end of time. Her interactions with Jack and Will make it clear early on that she knows a lot more than she’s letting on and her character arc is one of the strongest in the game, for the most part. Sorry but I’d be getting into spoiler territory to explain that qualifier and it’s not a deal-breaker.

At its core, Quantum Break is a fairly standard third-person action shooter. You shoot the guns at the bad guys and they fall down. The cover system is akin to that of the Tomb Raider reboot rather than something like Gears of War, so there is no magic button that magnetises you to the wall; Jack will dynamically take cover in combat when stood next to cover. Once or twice this cover system betrayed me and Jack decided that he didn’t feel like taking cover, resulting in more than a few new bullet holes in his face but this was a minor occurrence. Not that I’d advise spending a whole lot of time cowering behind cover in Quantum Break, for two reasons. For one thing, you’ll find yourself getting murdered an awful lot as the enemies that Jack faces are bloody aggressive. Sit behind cover for more than a few moments and the AI will push up on you, taking flanking positions and flushing you out of your little safe haven with rather brutal efficiency. The other reason is that it’d be fucking boring. You have the ability to alter the very fabric of time and you want to hide behind a couch and spray SMG fire at someone? What the hell is wrong with you?

Thankfully though, Quantum Break isn’t boring because as it turns out, having the ability to bend time to your will is cracking good fun. Jack’s first time powers are unlocked very early on in the game and then subsequent powers come at a steady stream, giving you a host of new toys to play with. Whilst plenty of games have done supernatural powers well, Quantum Break makes them so much more accessible, mapping them to the face buttons and giving them all their own individual cooldowns rather than a global mana pool. This seemingly simple design choice encourages you to use the full selection of powers at your disposal, rather than just sitting behind cover and smashing everyone with the Time Blast. It’s a good job too, because with the suite of abilities at Jack’s fingertips is pretty spectacular. Most of the powers have a built in bullet-time ability at the end of their activation, letting you dash into an enemy, send them flying into the air and then headshot them as they feel backwards in slow-motion. Beyond this, Jack can create a shield around himself when things get hairy or just throw up a bubble around his enemies, freezing them in place and allowing you to stack up an entire clip of assault rifle ammo on them, resulting in a rather unpleasant awakening for the poor Monarch employee on the receiving end. With the substance comes a hefty dollop of style too, with the effects of Jack’s time manipulation manifesting themselves as some seriously cool special effects as time ripples out from the epicentre of the distortion.

In between all of the glorious murder there is a lot of downtime in Quantum Break. Remedy have never been afraid to back off from the action, with large sections of Alan Wake consisting of nothing but world-building and character development and this continues into Quantum Break. If you’re looking for the break-neck speed of Call of Duty with all-action, all the time then you’ll probably get bored during some of the game’s downtime but these moments offer a fantastic opportunity to learn about the world of Quantum Break. 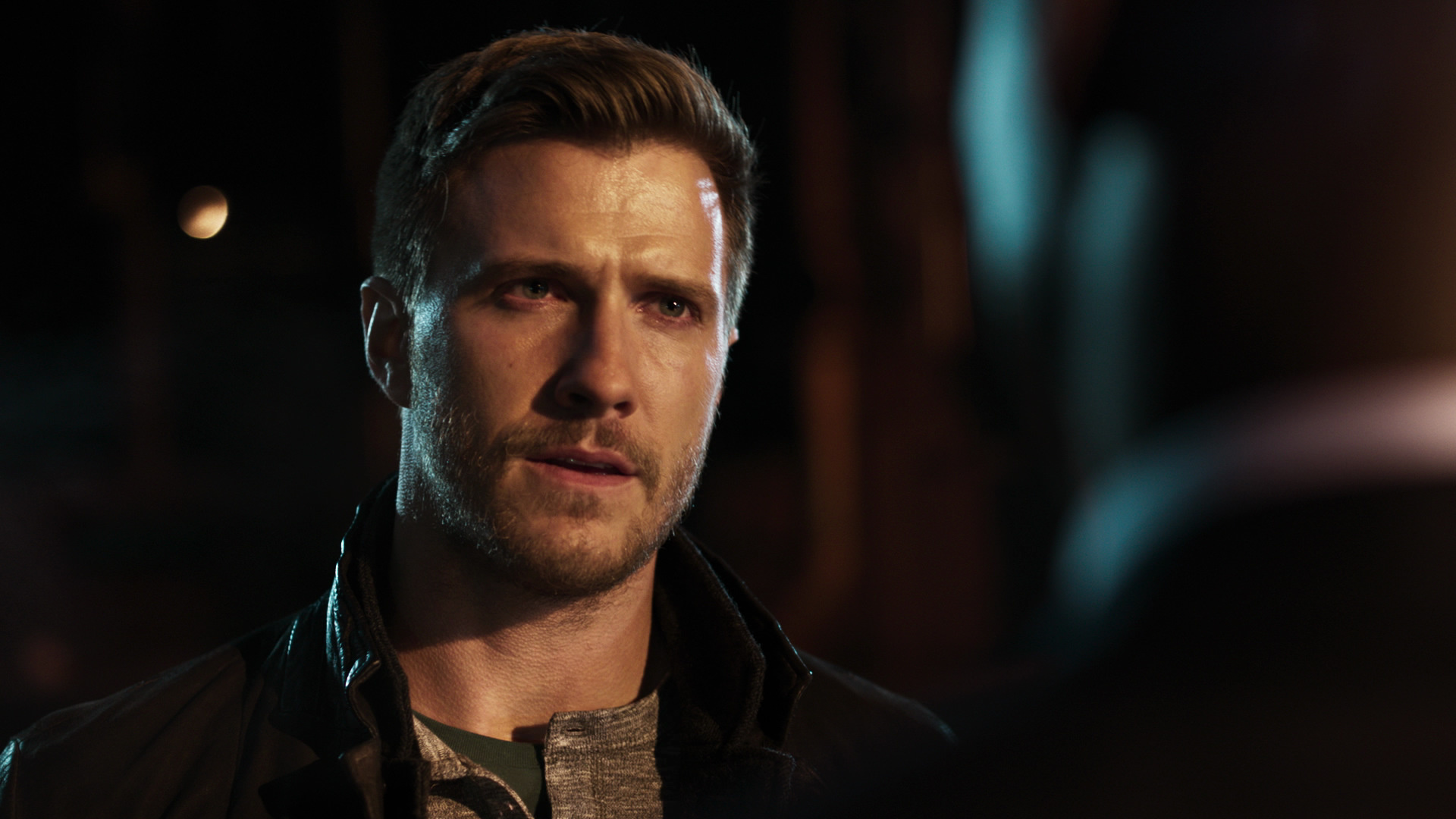 The accompanying TV series is one of the biggest surprises of Quantum Break because it’s actually alright. I mean it’s hardly Breaking Bad but Remedy have managed to craft an enjoyable TV mini-series that interweaves with the overarching plot of Quantum Break. Rather than focusing on the main characters, the TV show follows a subset of ancillary characters whose world is shaped by the choices made in the game. Just before each TV episode, control is switched from jack Joyce to Paul Serene and the player must make a choice which impacts the direction of the TV episode they will then watch. Choice in games is a funny one, because it invariably leads to disappointment when you realise that your decisions only had a minor effect of the actual plot and to avoid this problem, Quantum Break shows you how your choices in the game affect the lives of other characters. There is only one ending to Quantum Break, no matter what you choose to do you will always reach the same point but the lives of those in the TV show are much more malleable; you choose who lives or dies. It’s an interesting experiment and it has its payoffs, but like any experiment there are a few kinks here and there. The acting is pretty top notch and the cast of characters are likeable and well realised, but ultimately it’s hard to care about characters who are only tangentially involved in the main plot. There is a little bit of cheese in the script, a few awkward lines and the ending is somewhat anticlimactic – the big finale comes as a gameplay segment, so the TV show ends as a set-up for that – but for the most part Quantum Break’s TV show is an enjoyable, if somewhat unnecessary addition.

An Xbox One review code for Quantum Break was provided for us by Microsoft.