In Persona 4 Dancing All Night, the protagonists of Persona 4 are set to take to the dance floor in a rhythm action game, far away from the role playing game that was originally released back in 2009. Whether you are a skilled button matcher, or you simply want to see another adventure in the world of Persona, ATLUS have set out to make the game appeal to everyone.

The latest chapter in the Persona 4 story takes place a few months following the epilogue of Persona 4 Golden. Rise Kujikawa, also known as the idol Risette, is taking part in a music festival as part of her comeback tour, and has asked the members of the Investigation Team to help her retake the stage. Things take a sinister turn when a rumour involving a mysterious video seemingly comes true, along with the disappearance of idol group Kanamin Kitchen. After some investigation, the team are pulled into the Midnight Stage, where the only way to defeat the evil presence is to use the dance moves they have been practising for the concert. 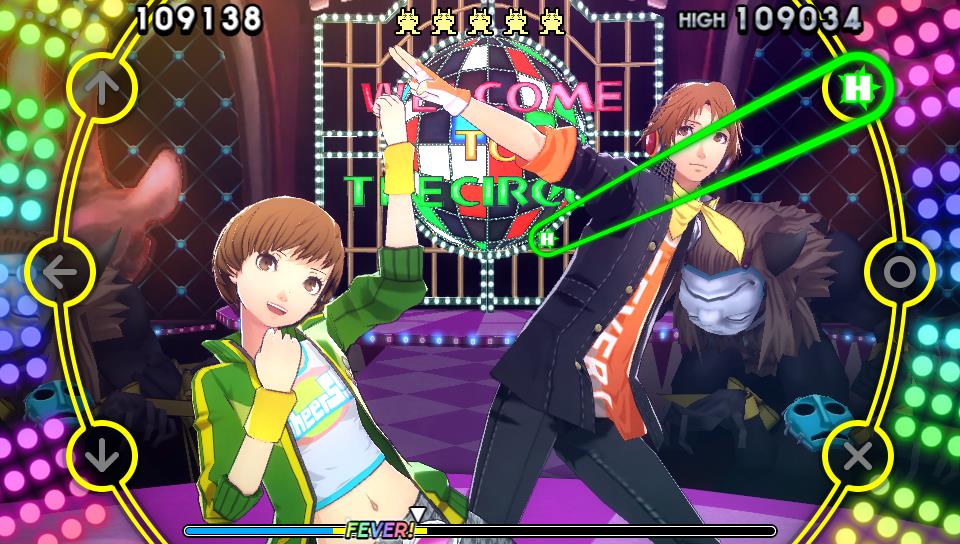 Whichever mode takes your fancy, the rhythm parts of the game consist of matching button presses with the prompts on screen, with more prompts appearing in slightly more challening combinations as you alter the difficulty. For the most part this works perfectly, although there were a couple of rare delays in between the button press and it’s activation on screen. They never caused me to fail a level, but it is worth nothing that this issue can occur when playing on some of the more intensive difficulties. Outside of these two modes, you can buy a selection of clothes and equipable accessories which can cause special effects such as altering the speed of the songs you play or preventing you from losing chains if you miss a beat. Finally, the Records mode lets you see the high scores you have obtained. While you can alter the difficulty of each song, It is a shame that there aren’t more variations on offer, like the ability to edit your dance routines into a music video like you can in Project Diva f, whose main character will make a cheeky guest appearance as downloadable content, or share your scores online with friends like in Rock Band. This is not to say that both of the available game modes are lacking in quality, but the appeal of going back for higher scores on favourite songs will only last so long.

Graphically, Persona 4 Dancing All Night uses a mixture of animé portraits that will be familiar to anyone who has played the Persona 4 Arena duology, and cel-shaded three dimension models for the dancing characters and backgrounds. These blend into the Persona universe perfectly, and each character shows a range of different emotions whilst they are showing their true selves, which is both a key element in the original game, and a rare occurrence in rhythm action games which should be celebrated. If you would prefer to play Dancing All Night on a larger screen, the game is completely compatible with the PlayStation TV. This made keeping track of the icons slightly more difficult, so in terms of gameplay, the Vita is the stronger contender. On the other hand, the sometimes tinny quality of the Vita speakers meant that when it came to replaying the game’s music, the less portable option is definitely the better choice unless you are playing with headphones. 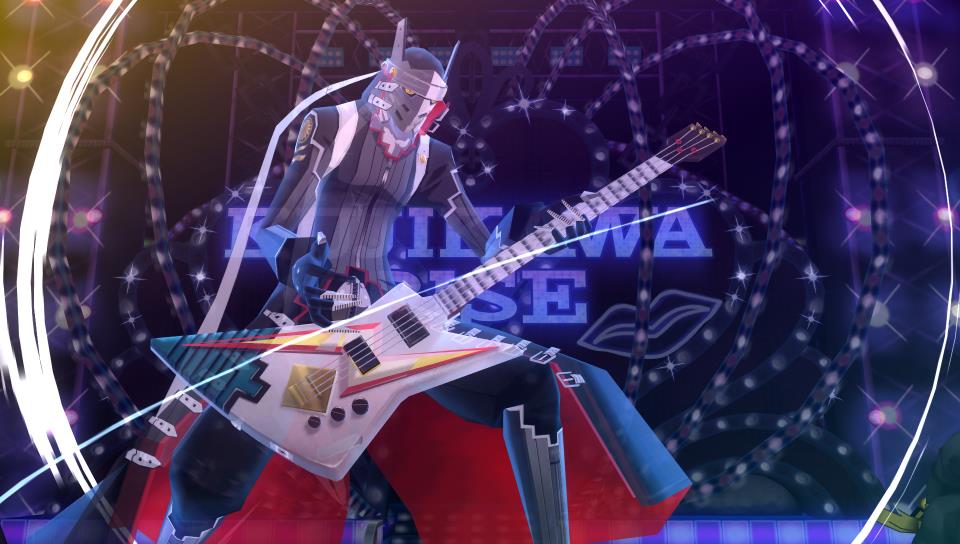 Speaking of the soundtrack, which is one of the key aspects of Persona 4 Dancing All Night, there is an amazing choice of songs on offer. Although there are some direct copy and paste renditions of songs such as Pursuing My True Self, Maze of Life, Shadow World and Signs of Love, the higher percentage of available music are remixed versions. There are a few tracks which do not benefit from this change, but the up-tempo remix of Signs of Love is a wonderful throwback to the days of big band concerts and swing styled dance routines.

Overall, Persona 4 Dancing All Night is a fun and challenging rhythm action game. Whilst it may not have the variation and extra modes present in titles such as Project Diva f, it has an engaging story mode, a mother lode of unlockable bonuses and plenty of customisation options to keep you coming back for one more dance. So if you are looking for a title to get you into the groove, then as the Investigation Team themselves would say, bring on the music.

A unique addition to the Persona 4 library that offers plenty of remixed content that will appeal to fans of the series, as well as anyone who enjoys a fast paced rhythm action video game.