It’s been a long time coming, but One Piece: Unlimited World Red has finally made its way to the West. The fourth in the Unlimited series, Unlimited World Red is full of wacky characters, unique environments and a fun combat system, which is really what we should expect from the One Piece world. Though this would appear to be the perfect game for many at first glance, is there much to see below the bright and shiny surface?

The main story of Unlimited World Red begins when Luffy and the gang lay anchor in Trans Town, after picking up an adorable little Racoon called Pato who wants to, vaguely, ‘meet people’ there. Soon after arriving on the island, all of the Straw Hat crew mysteriously vanish with Luffy left to pick up the pieces. However, losing your friends is only the tip of the iceberg, as a whole host of villains from across the series soon rear their flamboyant heads to cause all sorts of trouble as you advance through the episodes.

Now, there’s no history here, and no catch up sessions. Aside from everyone’s name cropping up when they first make an appearance on screen, those who haven’t watched or read One Piece before will have no insight into the people in this game. For the most part, this is fine, as the story isn’t a particularly dramatic, character driven tale, but there are moments when references are made to times passed that can be jarring for new fans. It’s to be expected with a game built on such a huge history, but a little more could have been done to ease new players into these references, rather than glossing over them.

Minor history issue aside, from the word go Unlimited World Red plays out in a simple and straightforward way. You base yourself out of Trans Town, and travel to different locations to retrieve your friends or otherwise fight bad guys. The locations are interesting and varied, the combat is simple and fun, and the interactions are as quirky and slapstick as you would expect from One Piece. It’s all well and good, just not particularly special. The only aspect where the game really does anything different is through the ‘word’ feature. Instead of collecting armour or weapons, you instead collect quotes which you can equip to your character. Some will be passive, others will be activated in battle, but they make for an interesting spin on the usual equipment feature from most RPGs. These words can also be used out of battle, and are specific to each character, so Zoro can use ‘Cut’ to destroy gates with his katanas, while Robin has the extraordinary ability to ‘Read.’ The system seems strange at first, but you do eventually get used to it.

Though not exactly pushing the boundaries of gaming innovation, one thing Unlimited World Red certainly excels in is value for money. This isn’t just a game you will put a few hours in to then pack away. It wouldn’t let you even if you wanted to. Not only do you have main story episodes to complete, but there are also side quests, town building, item collecting, crafting, farming, fishing, bug catching, miscellaneous mini-games and unique character upgrades to sink your teeth into. Not to mention Colosseum mode, which is a whole other story where you progress through a tournament headed up by Doflamingo. You could spend hours fishing for bigger and better catches, or replaying a level with different characters to unlock new items, or collecting materials to upgrade the pharmacy, or even battling it out in the colosseum. The game is simply massive, but unfortunately quantity doesn’t always mean quality.

While there are tonnes of things to see and do, most of them feel either half-baked or just plain insignificant to the main game. I currently have a couple of hundred miscellaneous items in my storage, and only know what about a dozen of them are actually for, and that’s only because they’re the useful ones that make healing items. Yeah, I can build a museum to donate my caught critters to, but will anyone really care? Will I get any sense of achievement from it, or be able to show them off? Well, no. I’ll make a little extra money if I score a bee combo, but that’s about it. It all just feels a bit excessive, and the game would have benefited greatly from having fewer yet more in-depth activities, or some refining on the features that exist.

Much like the rest of the game, the combat system in Unlimited World Red is strong yet flecked with disappointment. The combo system works particularly well, encouraging you to mix up your fighting moves for maximum effect instead of furiously mashing one button, but, admittedly, mindless attacks will get the job done too. Hit-X-until-dead will work for pretty much all of the smaller enemies you face, which means that the general combat sequences do begin to feel stale. Luckily, this can be avoided for the most part, by simply picking up another character and trying out some new techniques. While Luffy can hit just about anyone from anywhere, Chopper will force you to get a little more up close and personal and Usopp will require you to step back and shoot enemies from the side-lines. When everything starts to slow down, you can always pick up the pace by changing your party members, and it’s something of a saving grace.

Though you do have so many of the Straw Hat gang to choose from, you’ll likely pick out a handful of favourites and stick with them, especially as some characters do feel considerably more useful than others. It’s not the worst idea strategically either, as only the three characters you take into the field will gain experience, so you’ll have to do a lot of grinding against the quite frankly dull respawning enemies if you want to get everyone ready to advance in the story. By using four or five regulars, the game will run significantly smoother with less difficulty spikes suddenly slapping you back to a previous episode.

This leads us to the not-so-small problem of difficulty, because Unlimited World Red is both stupidly easy and painstakingly difficult, but never anywhere in between. For the most part, you will fly through the levels, only to run head first into a boss you can’t even land a hit on. Though toughing it out against a massive boss is satisfying, for the most part you are simply not a high enough level to defeat them, and so are left with no choice but to return to wiping the floor with puny minions for half an hour to advance to the next episode. This can be pretty grating, and a more progressive difficulty curve would have been welcome so you actually have to make an effort against some of the little guys as well as the formidable bosses.

There is also a huge emphasis on repetition, which is something that really lets down Unlimited World Red. The majority of episodes play out the same way; get halfway through the level, reach a blockade that requires a specific word, retrace your steps to beat an enemy guarding said word, retrieve the word, advance through the level, face the boss, head back to town. And no, you can’t pick up the word on your way to the road block, you can only get it after you’ve found wall in the first place. After a few episodes, you will start to roll your eyes at the word blockades. Predictability just isn’t fun.

All that said, the style and atmosphere of the game is where Unlimited World Red truly shines brightest, and is probably the real reason people are going to pick up this game in the first place. True to the anime, the characters are all wonderfully eccentric in design and personality, which is complemented well by the original Japanese voice work. While the One Piece dub is one of the best out there, nothing quite capture’s Luffy and the gang’s loopiness like the expressive Japanese cast. The game simply screams fun through its bright, cel-shaded style and weird goings on, which really helps to keep you engaged. However, good style and representation of source material isn’t really an excuse for lacking gameplay, and it can only keep you entertained for so long when the actual content starts to show its weaknesses.

Overall, One Piece: Unlimited World Red is a good, solid game, but it definitely won’t be making any lists for top 3DS titles. It’s not even in 3D. While mostly fun and accessible, there is simply too much going on to be contained in such a shallow world, and you really need that depth of gameplay to carry this title higher. If you love the quirky world of One Piece or just like action-RPGs, you’ll no doubt enjoy Unlimited World Red as you go about hacking and slashing the life out of guards, pirates and giant polar bear-rabbits. You just probably won’t remember it next week, or talk to your friends about it, or really care about it at all, and that’s kind of a shame. 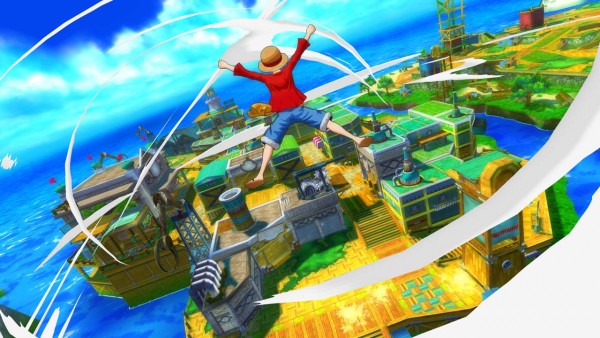 Free One Piece: Unlimited World Red DLC On The Way 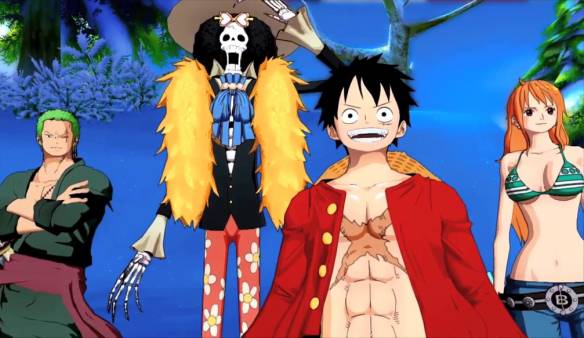