Trends aren’t uncommon in the video game world and we seem to have an interesting new one developing in front of our eyes. Nier: Automata is the second “warrior woman vs machines” game to be released this month. Both feature complex female leads, addictive action and intriguing worlds to explore. However these surface comparisons end there. The two games may have a similar ethos, but Nier: Automata is a completely different beast and frankly, on its own merits something quite special. A frankenstein’s monster that combines blistering third-person action with top-down/eight-way shooters in a way that feels both fresh and oddly nostalgic.

Where Horizon: Zero Dawn is a coming-of-age story full of hope and optimism, Nier: Automata is a bleak and often melancholy affair that owes more than a pound of flesh to the likes of Ghost in the Shell. We play as 2B, an android soldier created to combat an alien army that have brought humanity to the brink of extinction. The remaining humans have since relocated to the moon and systematically dispatch androids in a last-ditch attempt to reclaim the Earth. These androids are more than soulless metal shells however. They are capable of free thought and emotion, but are explicitly forbidden from embracing their more human qualities. Much like the aforementioned Ghost in the Shell, this dichotomy of machine and human makes for an interesting tale that goes to places you wouldn’t expected from Platinum Games. You know, the studio known for over-sexed witches and giving Metal Gear Solid’s Raiden his own game.

It may feel a little overdone in places, but beneath the over-the-top action set-pieces there are some truly unsettling scenes that delve into subjects like religion and mortality. Often catching you off-guard and making you pause the endless barrage of swordplay to take a moment to consider your actions. With branching paths and multiple endings included the narrative remains enticing on subsequent New Game+ ventures, despite the increased difficulty.

When compared to Platinum’s usual hack and slash fare, Nier: Automata is a unique beast that systematically changes the rules and isn’t afraid to leave casual players in the dust. On paper, Nier’s mish-mash of genres shouldn’t work. The pairing of twitch arcade combat and old-school bullet hell shooters sounds preposterous in theory, but Platinum have found a way to pull it off in a way that feels both natural and innovative. Seamless camera transitions and well thought-out level design teaches players early on how to spot these shifts and purposefully designs its world with them in mind. The opening level, which doubled as the game’s demo, is a masterclass of a tutorial that bludgeons players over the head with every mechanic and idiosyncrasy this game has to offer in a linear and easy to digest manner.

After the initial fireworks show, the game settles into it’s open world structure and from there on out becomes something truly special. There’s plenty to see and do, with tons of side-quests and hidden secrets to uncover. The open world is a little limited and often follows a linear trail of progression, but it’s colourful cast of NPCs and distinct locales make it really come alive. The landscape also shifts with both your actions and the natural progression of the story. Areas become more hostile or completely inaccessible once you’ve triggered a certain event so it’s worth fully mastering an area before proceeding. However it is once that you hit the open world that the very minute cracks begin to show. The core issue being the technical performance. Even when running on a PlayStation 4 Pro, there’s glaring issues with both the framerate and textures. It’s particularly noticeable in large-scale fights, where the action would be utterly breathtaking if the game could run properly. It doesn’t affect the overall experience, but it’s noticeable enough to cause distraction.

The combat is the game’s chewy-centre that’ll get stuck in your teeth from the very beginning. It’s a simple two-button attack system with gunplay assigned to the shoulder buttons. It’s easy enough for anyone to pick-up but those who are used to Platinum’s trademark thumb-splintering offerings will find themselves pulling off insane combos in no time. Battles themselves are riveting, moving at such a blistering pace that you’ll often struggle to know what’s going on amongst all the sword swings and explosions. Where regular enemy encounters are great on their own, it’s Nier’s boss fights that truly stand-out. Bosses are often relentless, often possessing multiple forms and phases that shift the game from 2D to 3D in the blink of an eye.

The wonderfully dense combat does come with a hefty price tag in the form of difficulty though. Taking a few notes from Dark Souls, death has serious consequences in the world of Nier. Upon death you will lose all your current XP and chip-set, the game’s equivalent of a loadout. If you fail to retrieve your body, all of this will be lost for good. This can be incredibly frustrating as it’s possible to spend a lot of time refining your chip-set to suit your combat style. Only to have it all snatched away by a particularly gruelling boss fight, making said fight that much harder in the process. It may be frustrating but it encourages players to get better at the game, refining their chip-set to a point of perfection.

For all its melancholy and anime silliness, Nier: Automata is a wonderfully insane slice of Platinum goodness that the current generation of consoles has been sorely missing. With their sub-par Transformers Devastation and the woefully anemic Mutants in Manhattan causing many to cast doubt on the studio, Platinum have truly outdone themselves with this one. Silencing any notion that their standards have slipped and creating a fresh and very unique title that will hook you from the opening moments. It’s the kind of fast-paced, challenging action title that only Platinum could make. It doesn’t quite live up to Platinum’s true masterpiece Bayonetta 2, but it’s certainly worthy enough to stand-tall on its own set of double-barrel high heels.

Platinum Games once again serve up their trademark hack'n'slash shenanigans but have spared no expense with the trimmings. Each of NieR's differing mechanics blend seamlessly together to create one of the year's must play titles. The odd niggle here and there holds it back from taking the title of their greatest achievement, but Platinum have set a new bar for their craft. One that won't be easily topped in the future. If you're yearning for over-the-top action and a genuine challenge, I cannot recommend NieR: Automata enough.

Games with Gold Announced for August 2017 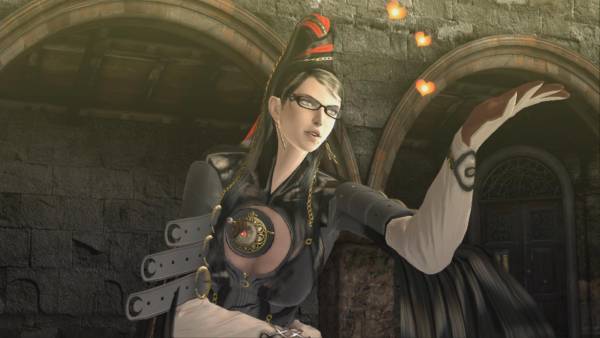 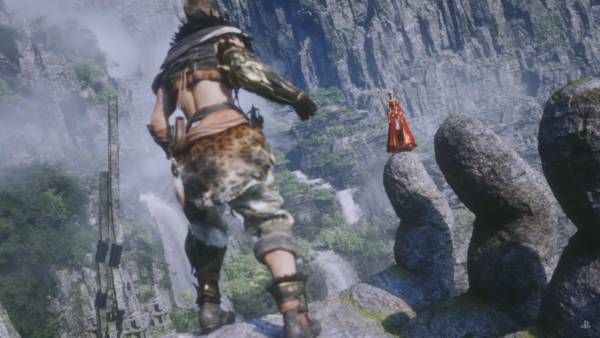 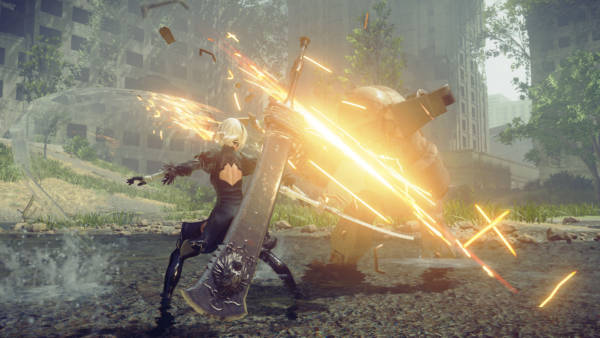 NieR: Automata – How to Fully Upgrade Your Weapons With Lvl 4 Blacksmith
Powered by Magic