Mario is back and this time it’s all about the cash! No, Nintendo haven’t sold out, it’s just the latest Mario platformer for the 3DS, New Super Mario Bros 2! The game is a direct sequel to New Super Mario Bros (for the DS) and like that game re-introduces some old gameplay elements from Mario’s more retro titles more specifically from the NES classic Super Mario Bros 3.

Unlike other Mario games however there is a constant running goal in this game, you have to get the million! As I mentioned before this game is all about the coins, there are lots more coins to collect in this game and as Mario and Luigi collect them they add to a running total throughout the game. I myself after a few hours of playing managed to rake up only 50,000 coins!

The game plays like a standard 2.5D Mario platformer, the controls are very fluid and combine well with Mario’s (and Luigi’s) basic array of moves such as, the triple jump, Ground pound etc as well as his power ups including the Fire Flower, Invincibility Star, Giant mushroom and Mini mushroom and a few new ones as well.

The first one is the Racoon suit, coming back from Super Mario Bros 3; Mario can now take to skies and search for hidden paths and extra coins. That’s right, Mario can fly again! For those of you who do not know, while wearing the Racoon suit if Mario runs long enough will fill up a bar called the P-Wing, when this is filled just by hitting the jump button you can fly for a short period of time. I love that this feature is back; it can really help in difficult sections of the game and gives the courses an extra element in exploration as you never know where there might be a hidden area in the sky.

The newest power up however is a new spin on the good old Fire Flower. The Gold Fire Flower turns Mario into gold and whatever his golden fireballs hit also turns to gold! Well, coins to be more precise. Every enemy Mario defeats with this new power up awards coins to the player as well as any blocks or special pieces of terrain. This is really useful if you want to collect as much money as you can but the Golden Flowers are very hard to come by so if you find one, use it well. 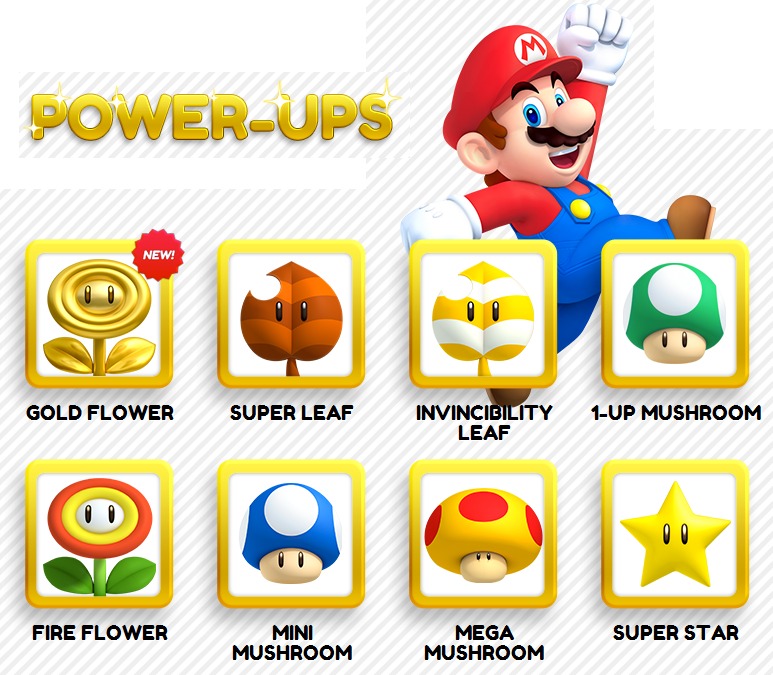 Speaking of coins, there is one other thing you need to collect in each course and that is the Star Coins. The large coins are place in random places throughout the course, usually in difficult to reach places. There are 3 in every course and you will need to collect as many as you can while playing as they unlock special areas and Toad houses where Mario can receive free power ups. This is a useful idea but some of the unlock cost later in the game can get VERY high and will force the you to play older courses over and over just to get all 3 Star coins just so you can progress which can get very dull very fast, so hang on to your Star coins!

With over 80 courses in the game there is a lot for players to do on their own but if you have a friend with the game as well you can link up and play through courses together! This is really fun and while playing together you collect coins much faster and can progress though the game quicker, two players are better than one!

There is another multiplayer element in the game called Coin Rush as well as linking up, in this mode you are tasked to completed 3 random courses as fast as you can collecting as many coins as you can along the way. After completing these levels you are given a score and a coin total, this score can be shared via the 3DS’s street pass feature and all the coins you collect while playing this made are added to your overall total. While this feature can be fun it loses its appeal overtime as you could just play your own favourite levels to collect coins rather than random one but it does add another level of challenge to the game which some players will enjoy. 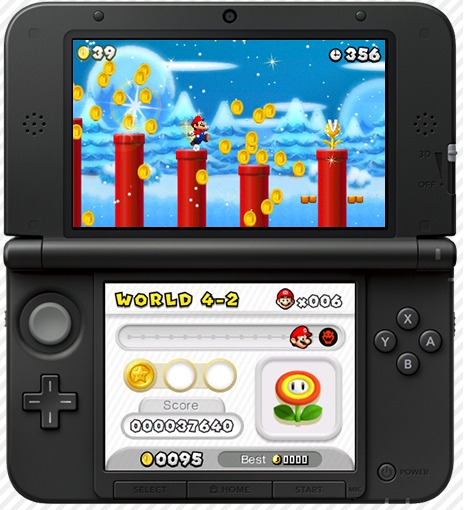 The game looks fantastic on the 3DS, the levels are filled with colour and lots of detail which makes the game awesome to use with the 3D effect on, this combined with the high standard of musical themes and original Mario sound effects it’s just great. The main theme is incredibly catchy and I found myself whistling along with the game much more often than I should have been and I loved hearing some of the retro sounds from Super Mario Bros 3 such as the running sound and flying effects, it’s very nostalgic.

One last thing to mention is that while you can buy this game in your local video game retailers you can also download the game straight to your 3DS via the Nintendo eShop. This is the first full 3DS title available to be bought this way and I doubt it will be the last title, so if you can’t find it in the shops, you can buy it on your 3DS!