I have been a big fan of the LotR games for as long as I can remember. And out of entry, Shadow of Mordor can be easily placed as the greatest “serious,” (sorry Lego games) LotR game to date.

The game starts off with your protagonist, Talion losing his wife, his son, and his life in a brutal scene before the game has even begun. After immediately dying, Talion’s spirit becomes latched to a wraith with a serious case of amnesia, bringing Talion back to “life” and granting him the powers of the wraith he’s bonded to. The wraith then gives Talion a run-down of how little he knows, and thus the game springs you into an Uruk-Slaughtering fest of vengeance and soul-searching.

The combat feels fantastic, every movement feels weighted, executions and other moves take realistic amounts of time. Countering plays a big role in combat, remembering to counter could be the difference between pulling off that awesome combo you’ve been racking up, or lying on the ground being beaten by every Uruk that you managed to tick off today. However, relying on the counter can be dangerous, as it is very easy to become completely overwhelmed. Many fights end up with you running as far away from you can from the wave of Uruks and hoping it will all just blow over.

Combat flows nicely, stringing an execution into a combo is very satisfying.

While there’s not a whole lot of outstanding reasons to use it, I had a lot of fun with the stealth gameplay. When a large battle is about to go down, taking out as many archers and guards as you can will help you out in the long run. Another great use for stealth, is branding. When you brand an enemy, they become a brainwashed little body guard that’ll attack whoever you send them at. Being able to craft a small army to come assist you in battle can feel very rewarding, and will make your survival chances much higher

Shadow of Mordor’s shining gem is definitely the “Nemesis System,” Scattered throughout Mordor are Captains and War-Chiefs all varying in commanding power and rank. The really special part about this system is that if you have previously fought one of the captains, if they lived next time they see you they will reference past battles between you two. Say if you fought a captain and he killed you, once you came back he would’ve become stronger because of your battle, and he would taunt you for defeating you last time. 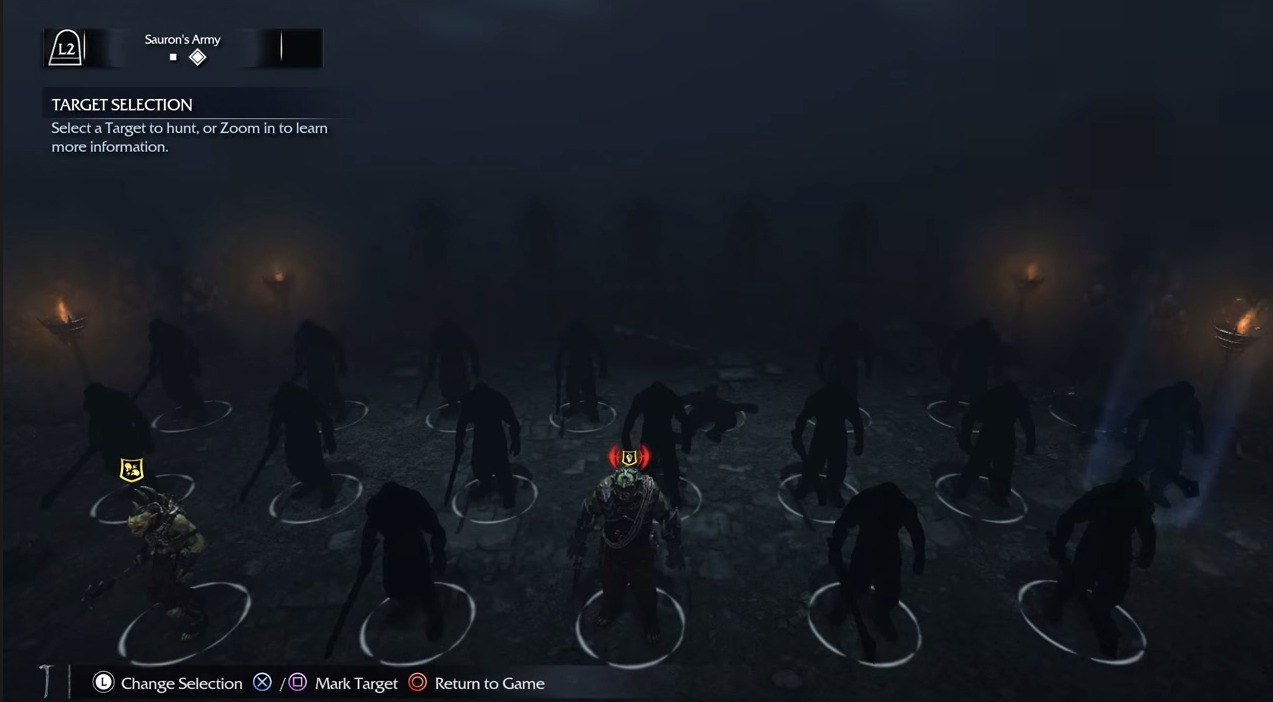 The nemesis system works out really well through crafting your owns villians, through every fight you have with them, and every time that you think that you’ve killed them once and for all, they will return will scars from your previous battles and an extra pissed off attitude towards you. While I don’t personally understand the reason behind the decapitation rule,(Which is basically, unless you decapitate a captain, there is a chance that they may return again someday) seeing your nemesis that you previously believed to be dead, has a certain exciting feel to it. This creates a special bond between you two, because of all his scars, and all of his angry dialogue is because of the previous times you have fought.

The Nemesis system also has it’s own degree of dirty politics. Through branding captains and war-chiefs, you can use them to do your bidding. Captains can be branded and forced to attack other captains, or prove their strength to the War-Chiefs in order to double-cross them and become you’re own personal War-Chief. While there isn’t a whole lot of useful benefits to having captains under your control, commanding your own Uruk army has a very special charm to it.

Captains can be manipulated into carrying out your own dirty work.

The art is fantastic and definitely conveys a Lord of the Rings feel to it, all the characters look and act just as you would see in a LotR movie. The dialogue can feel very over-the-top and full of strange metaphors, just like the movies! Any characters besides Talion and the Wraith don’t feel overly memorable and our mostly there to help row the story along. However, Talion and The Wraith’s characters are enjoyable, so you won’t spend much time thinking about side characters anyways.

The main complaint I have is that the story is not very compelling, it’s a repeat of “Go to this location, kill Uruks, Follow that guy, then kill Uruks, Collect these plant, to kill Uruks.” Uruk klling can be definitely fun, but the story can feel very repetitive and the enemies can begin all just feeling the exact same but with another skin. Gollum has a few missions based around him and his obsession with the wraith (whom he affectionately calls “The bright master.”) Even though his appearance was based mostly around fan-service, I can’t help but love the missions with him around.

Filed under: Lord of the Rings Review shadow of mordor