Back at Sony’s conference at E3 last year, Paradox Interactive revealed a sequel to one of it’s most popular magical action games would be coming to the Playstation 4 at launch. Although many were concerned, Magicka 2 was later revealed to be coming to PC, the original format on which the series began. Following on from the original game though does Magicka 2 prove to be worthy successor to the co-operative action adventure, or has the magic of the wizards faded into the background?

After the events of Magicka and the Wizard Wars, the wizard race has dwindled to a few stragglers in the land of Midgård, leading the humans to celebrate their departure. During this time of supposed peace, a soothsayer predicts that all the power that the wizards left behind has collected into a newborn child. If she is allowed to reach adulthood, the world will enter a period of magically sustained prosperity. However, a dark brotherhood has decided to eliminate her so this will never come to pass. To protect the future of the land, the greatest teacher of magic returns to Castle Alderheim, and chooses some of the remaining wizards to save the world from destruction. 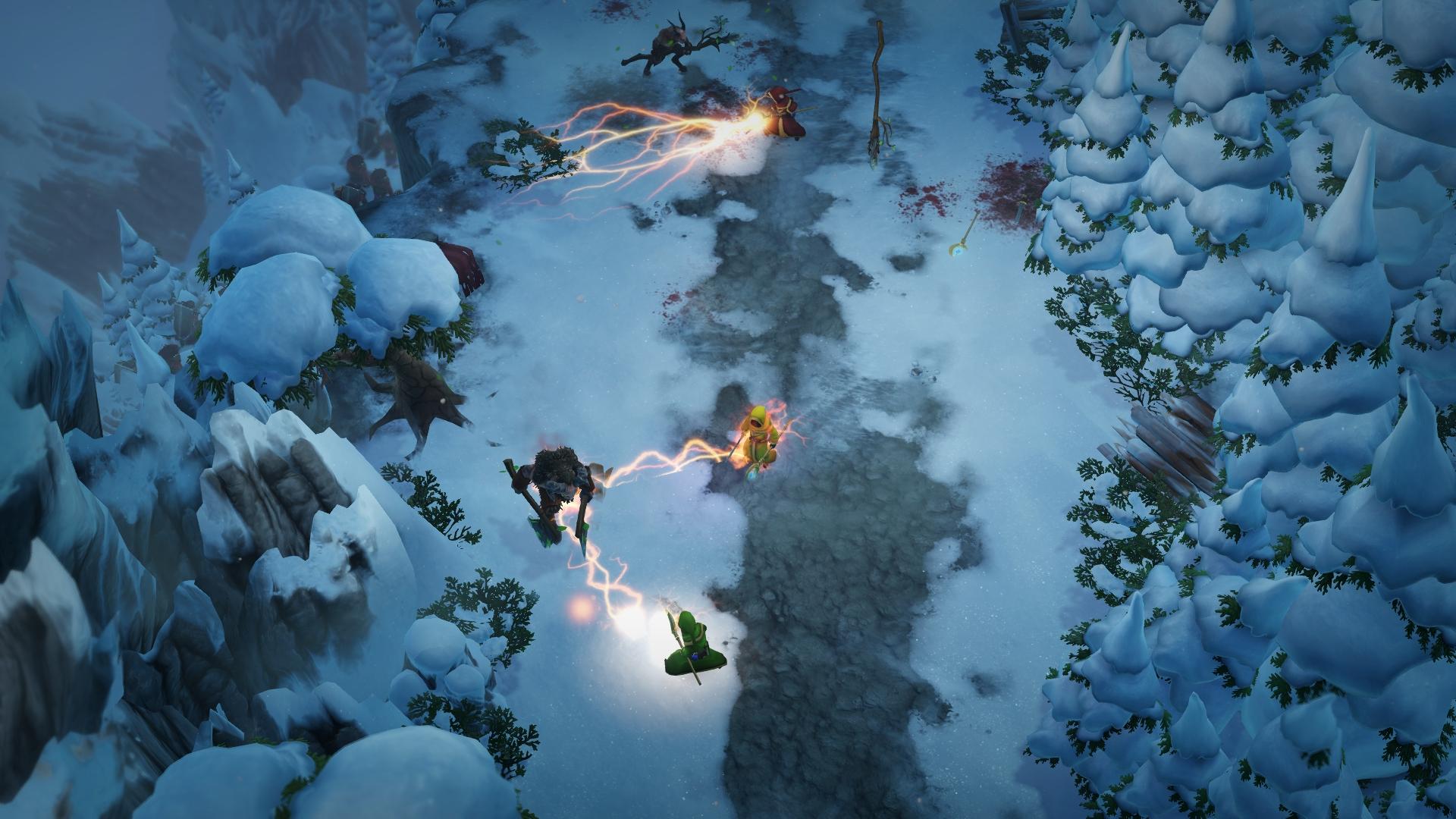 All the eight spells from Magicka have returned, from the flesh burning Fire to the electricity providing Lightning. They all seem to work in the same way as they did before, but as the old saying goes, “If it ain’t broke, don’t fix it.” Only one minor change has been made to the Arcane element, by changing its name to Death. This could be to provide a balance for the Life element, but as it provides the same function as in the previous game, there is little to no cause for concern for this aesthetic alteration.

When it was released back in 2011, Magicka was praised for its difficulty level and learning curve, in particular when playing alone rather than with a group of your friends. Switching and stacking your spells using the Keyboard or Controller is still a pain free experience, but remembering the right combination or spells, or accidentally activating the wrong spell in the middle of a fight can lead to accidental death, or ineffective attacks against the stronger enemies such as Orcs and giant crabs. New weapons that can be found throughout the adventure can make your wizards stronger or weaker, and add various secondary abilities. 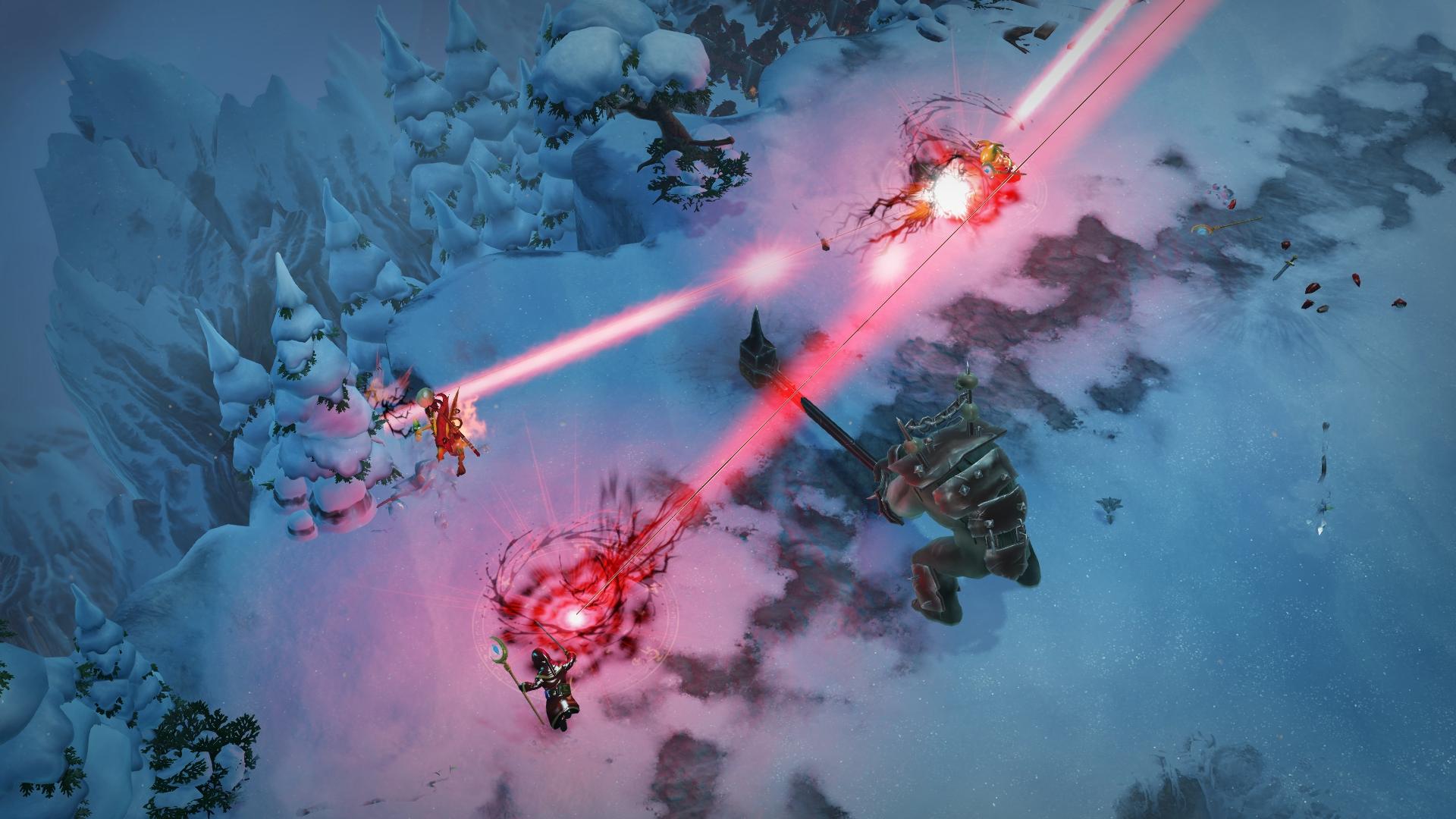 The level of customisation has been greatly improved in Magicka 2. As well as offering the ability to change your robe colour and weapon, an all-new rewards system known as the Artefacts adds additional audio effects such as the Sitcom Mode, expanded life meters and magic slots, and video filters that can make the game look as if it belongs on an older games console. These unlockable items offer near infinite possibilities of game types, and hours of replay value for when playing against friends, or simply by yourself. Although I have played many Action Adventure games before, playing with a studio audience laughing as I lost all my life energy is definitely one for the history books.

Although you can play Magicka 2 without any additional assistance, the multiplayer modes that were present in the original have been carried over with everything else. The local and online modes have remained essentially the same, but they are a lot more streamlined this time around, and it is now possible to enter a game at any time, rather than waiting until the end of the level to join in the fun. From all the sessions I have played so far, it is great to see that there are very few issues with the online play, and the in-game text chat allows for quick communication, in case you do not have a microphone to hand or do not want to use the chat features on your chosen platform. 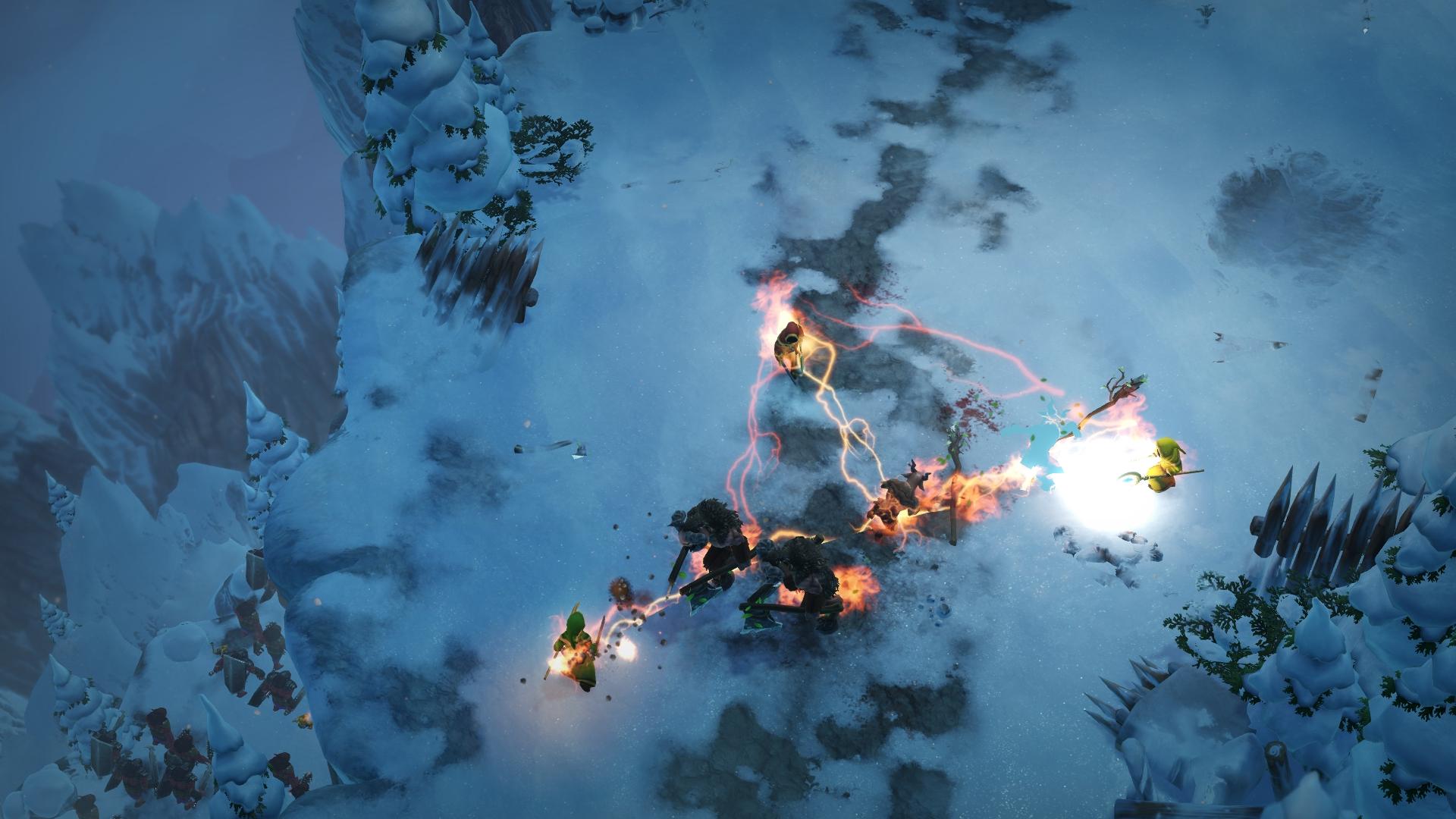 One of the Magicka franchise’s selling points is the humour that is injected into Midgård. The constant running gag of Vlad claiming not to be a vampire is still going strong in the sequel, with several cut scenes providing conflicting evidence to his words. Several of the NPC’s throughout your journey will utter familiar phrases derived from memes and popular culture, such as a shameless reference to the Legend of Zelda when you obtain a particular artefact. There are a few occasions where it feels slightly unnecessary, but as Magicka 2 doesn’t take itself too seriously, it’s hard to give these instances the third degree when they force a smirk from your lips.

The soundtrack of Magicka 2 is a set of orchestral arrangements, with several of them being borrowed or remixed from the previous adventures. The new compositions fit the medieval fantasy theme perfectly, but I did notice that the boss themes were slightly too modern on occasion, breaking the otherwise seamless immersion from ambient traversal to full blown combat. The pretend language that has been used in the franchise also returns. This could be a reference to the foreign tongues that were present in fantasy literature like Lord of the Rings, or from a cynical point of view, it could have been used to save on voice acting costs.

Overall, Magicka 2 is a triumphant return to the land of Midgård. It retains the intensive difficulty, subtle humour and comprehensive spell system from the original, and adds just enough new content to breathe new life into its fantasy world.

If you liked the first Magicka, I cannot recommend this new title enough. For newcomers, this is a perfect adventure to test both your imagination and your patience.