Have you ever wanted to beat the odds and overcome great adversity? To face what seems to be the wrath of the gods and prevail with mortal might? Well, look no further as the Wrath of the Mortals Event Deck is here. With Journey into Nyx being played and purchased everywhere, Magic: The Gathering have released the latest event deck that is ready to hit the tournament ground running.

The name of the game with Wrath of the Mortals is to watch the opponent’s life points burn away as quickly as possible. With more spells than creatures, you might be thinking that it’s “kill or be killed” to the highest degree. In some situations you might be right, but not always. Of the few creatures this deck has, most can make the opponent squirm. They range from dealing burn damage and spawning more creatures, to offering toolbox abilities such as granting your creatures haste or reducing your spell cost.

The most abundant of them are Young Pyromancer, Guttersnipe, and Spellheart Chimera, and with good reason. The Pyromancer and Guttersnipe spawn elementals and burn the opponent respectively when you cast a spell. This is great because each spell in the graveyard gives +1 to Spellheart Chimera. It can get very dangerous very quickly for your enemy. With a field of two Guttersnipe and one Chimera, you could cast a Lightning strike and the cascade of effects would result in 6 damage in life points and a potential 5+ damage from direct attacks. It’s good to get these early on and push with them.

For the main bulk of the deck, the spells are here to annihilate the opposition. Whether it is life point damage, creature removal, or taking control of creatures, they are all here. Most prominently, the deck utilises damage dealing spells the most. These include Magma Jet and Lightning Strike from Theros. Dealing critical damage to key creatures when they enter the battlefield is a godsend. It allows for good board control and for your creatures to march un-impeded.

Aside from the firestorm you will be unleashing, there are also cards that allow you stoke the flames. Divination and Steam Augury allow add more cards from your deck at the cost of mana. During the mid-to-late game, these cards allow you to refuel you hand to seal the deal. If all else fails, you could always play Anger the Gods to potentially kill all creatures on the board. If you are going down you might as well take the enemy down with you.

As with all event decks there is a pre-built side deck ready to use. One of the weaknesses of this deck is losing a crucial creature to a players removal spell or opposing creature. To combat these match ups, the side deck includes a lot of instants that counter said problems. Spells such as Dispel and Negate can counter pesky spells that can stop your progress, and Essence Scatter can prevent deadly creatures from entering the battlefield, sending them straight to the graveyard where they belong.

Other key cards to this deck include Battlefield Thaumaturge and Harness by Force. The former cost one colourless and one blue for a 2/1 Human Wizard. It allows the player who controls it to cast instant and sorceries for one less mana for each creature it targets. This means that all of your key two cost burn spells can now cost one mana if they target a creature. Combine that with Guttersnipe and you have a very cheap and effective burn force. You can even cast Flames of the Firebrand for one mana if you target three creatures.

The latter card is a sorcery that costs one colourless and two red mana and allows you to take control of any number of target creatures your opponent controls for the rest of the turn. The targeted creatures become untapped and gain haste. It does cost an extra two colourless and one red for each extra target after the first, but combine this with Battlefield Thaumaturge and you have a four cost manipulator that can potentially win you game.

Overall, the Wrath of the Mortals event deck is very fun and surprisingly competitive. It can definitely hold its own on a local tournament level and produce some shocking wins. It possesses good removal, control, and nearly every creature contributes to the overall strategy. It has been very well built and is worth the money for beginners and intermediate players. It can slow up sometimes when you burn through your hand to try and keep the pressure on, but this can be the case for most decks. This deck can be a very solid foundation from which you can build upon as you get more efficient cards and become better at the game.

Filed under: Event Deck Journey Into Nyx Magic The Gathering Wrath of the Mortals

Newcomers Guide to Magic: The Gathering 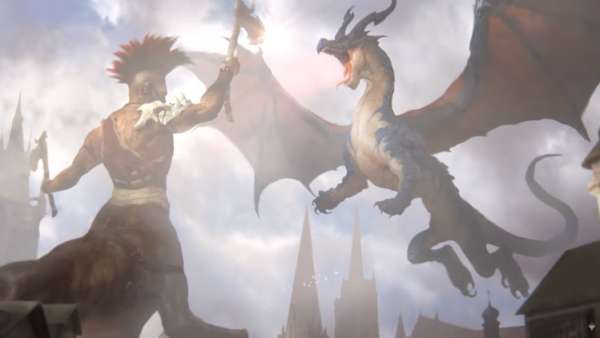 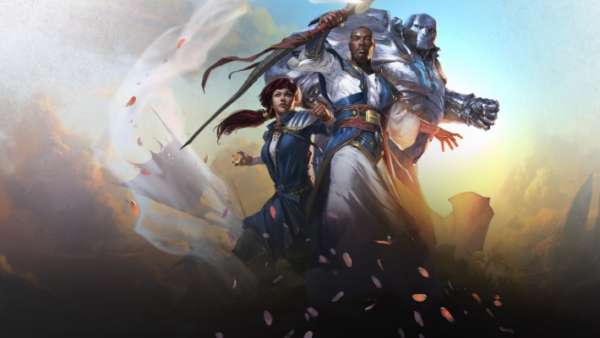 5 Reasons to play Magic: The Gathering
Powered by Magic