Episodic games tend to be like a pair of comfortable shoes. Once they have been worn once or twice, they tend to show stronger qualities which may not be immediately visible. The second episode of Life is Strange 2 follows this trend, building on DontNod Entertainment’s award-winning universe by providing more supernatural life experiences, and exploring the emotional fallout of the breakdown of a seemingly happy family unit.

After the somber discovery of his father’s fate at the end of Episode One of Life is Strange 2, ten-year-old Daniel Diaz and his older brother Sean are still on the run from the law. They now have the added complication of Daniel’s supernatural abilities, which consist of a form of telekinesis which allow him to move objects without touching them. Sean is helping him to train his new power, whilst ensuring that he understands of the importance of keeping it a secret. Desperate to find shelter, the brothers travel to their estranged grandparents and hope that they can offer their assistance.

The addition of the grandparents in Episode Two allows us to see more of the two brothers personalities, and gives us more opportunities to focus on building their relationship through activities rather than travelling. Although there is a more relaxed atmosphere, Sean is still having to be Daniel’s parental figure, which is still a refreshing change from making life or death decisions that many other games force you to undertake. The choices and consequences this time around stem mainly from Sean reminding Daniel about the three rules surrounding his new powers, and being able to scold or concede to his behaviours gives you the option to be several kinds of parent, rather than sticking to two scripted scenarios that are limited to binary choices.

Although the themes of racial distrust are still present in Life is Strange 2, the second episode reduces their impact considerably as they have seemingly settled in a community that does not tolerate any discrimination. The themes of innocence are further explored by the arrival of Chris, the protagonist from The Amazing Adventures of Captain Spirit, a free game which was released by DontNod Entertainment last year. Chris’s strong link to his childhood fantasies lightens the tone of the brother’s situation, which you can help to keep intact by offering emotional support to his alcoholic father. The choices you can make are more expansive this time around, giving you access to several potential consequences and rewards when the hands of fate weave their spell.

As you may expect, Rules uses the same Unreal Engine 4 graphics as the first episode, although the initial build did have a few occasions of flickering textures during some of the more intensive scenes. The frame rate remains stable for the most part, with occasional dips during scene transitions being the only noticeable detriment. The high-quality voice acting remains intact, as well as the immersive soundtrack, with several new compositions and indie bands making their Life is Strange debut. One of the highlights was the end credits theme, which is performed by the acoustic group First Aid Kit.

Overall, the second episode of Life is Strange 2 improves on its first installment in almost every way. With more expanded choices, the reintroduction of a previously established character and the exploration into the bond between Sean and Daniel, Life is Strange Episode Two gives us a broader picture of the reality that the two brothers have been forced to exist within. Despite some minor graphical glitches, it is with a sense of assured confidence that Life is Strange 2 can be recommended to anyone with an interest in adventure games, especially those who enjoyed the original game.

With it's expanded horizons and intriguing storyline, the second episode of Life is Strange 2 is a strong addition to the episodic series. 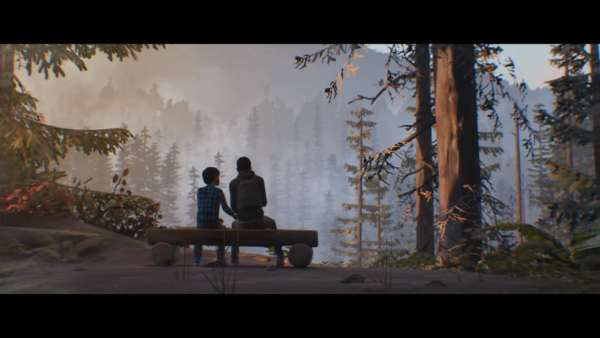