After a few months away, The Odd Gentlemen have invited us to return to Daventry once again. With the strong start offered by A Knight to Remember, we are offered to join Graham in another tale of his past adventures, affectionately named Rubble Without A Cause. The second episode takes place a few years after the first, where Graham is now the King of Daventry, and is struggling to comprehend his new responsibilities. After a particularly stressful morning, he is kidnapped by a group of goblins, and is forced to learn about providing for his people when the odds are stacked against him. Elderly Graham and Gwendolyn still narrate the proceedings, and are eventually joined by another eager listener.

Anyone who was endeared by the light-hearted atmosphere of A Knight to Remember may be slightly taken aback by Rubble Without A Cause, as the tone of this episode is much darker than the first. At the beginning of each ‘day’, you are required to manage a small amount of food between six people, as well as perform tasks for your captors. Unlike many adventures which provide a get out clause if you are close to failure, if you allow a character to starve, their corpse will be taken away by the goblins. This consequence as a result of your actions was a key theme in the original King’s Quest games, so it is reassuring to see The Odd Gentlemen bring it forward to the modern age, where so many games offer parachute options to shield their audience from failure. 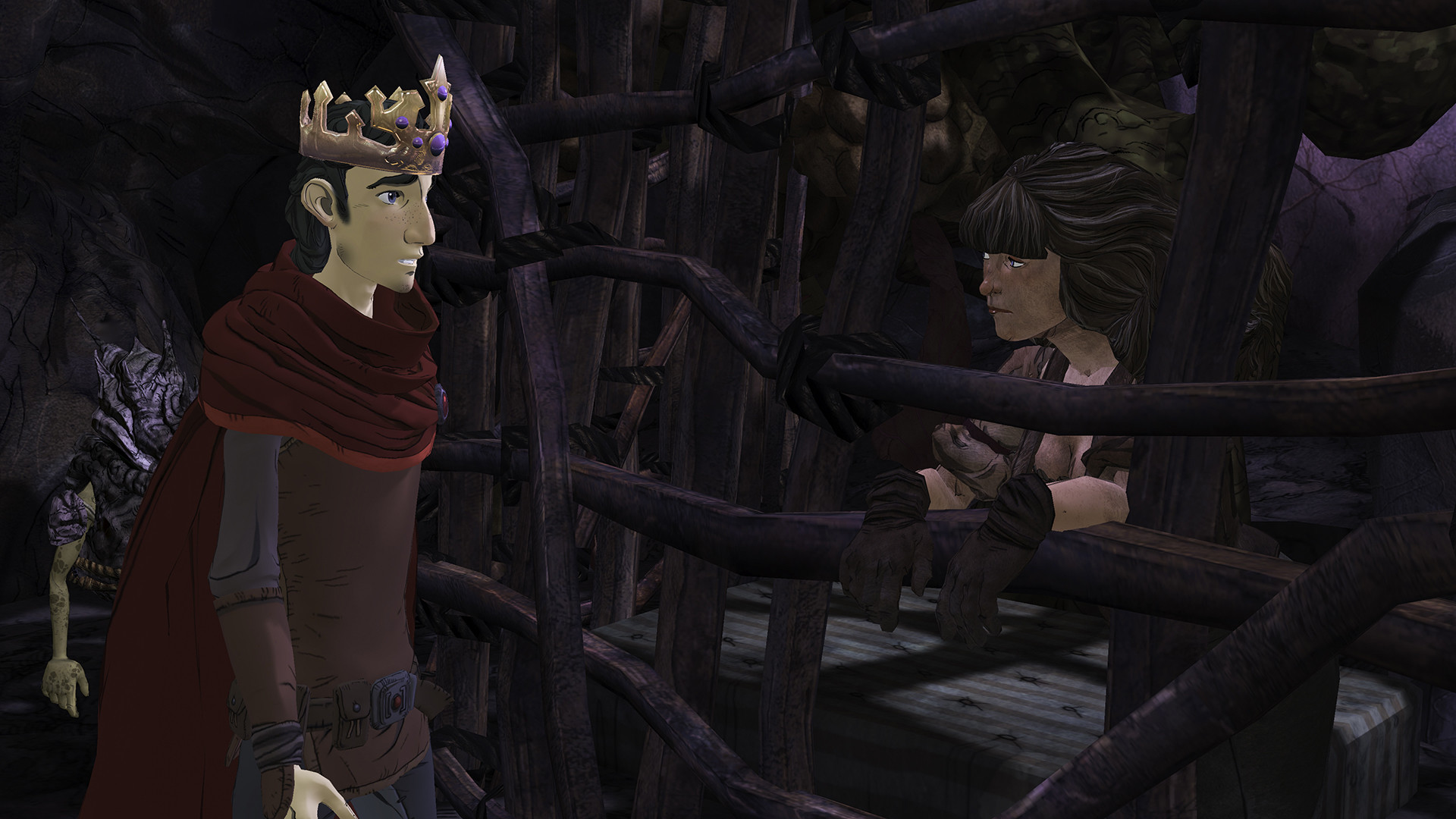 The puzzles that have become a staple of the series are still as taxing as ever, but some of them require a large amount of lateral thinking instead of a logical conclusion. While they can be solved relatively easily once you have the items to complete it, some of the combinations required to initiate the next part of the game are slightly implausible, even for a series containing such logically-challenged weapons such as the deadly custard pie. For example, there is a music box in one of the rooms which you need to use to play a tune to send one of the goblins to sleep. While the markings showing you what notes to play are displayed somewhere in the caves, it is not shown what notes you are putting in place everytime you change the settings on the music box.

Although the story of Rubble Without A Cause is completely independent from the first episode, it is pleasing to see that some decisions from A Knight to Remember are carried over into the new adventure. Right at the beginning, we are reintroduced to the bridge troll Olfie, who calls us by the nickname that we chose to masquerade under when we first encounter him. “The decisions you made during the three tasks in A Knight to Remember will also have an impact”. For example, the blacksmith values readiness for battle over compassion, and because Graham lacked the former whilst undertaking the tasks in my game session, she does not value Graham as highly as the others. 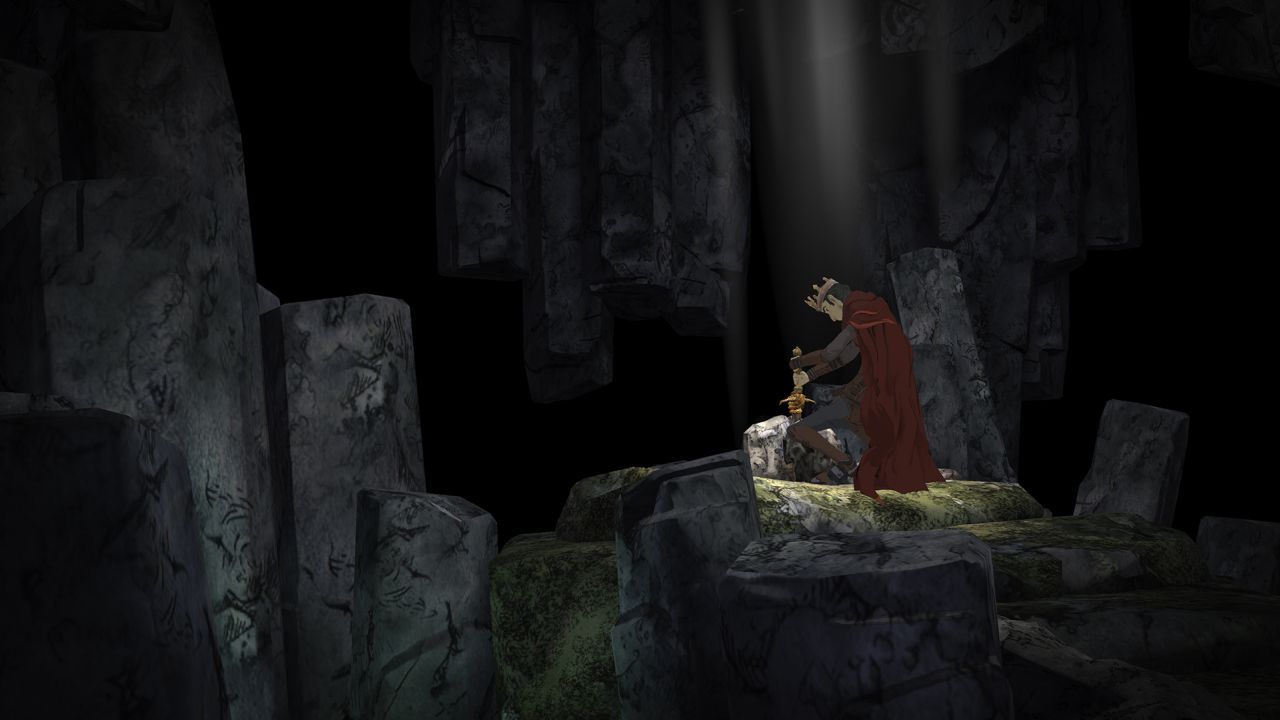 If you were a fan of the hand-painted textures in the first episode, then you will be pleased to learn they have returned. While the graphics may not appear as colourful because of the subterranean location, several elements such as glowing mushrooms, elaborate theatres and a royal bedroom with pink wallpaper help to keep the locations looking unique, as well as providing a dose of positive ambience to the proceedings. Unlike many adventure games that remain in the same locations for the majority of the narrative, barely of the original locations made a repeat appearance. The only exceptions were Elderly Graham’s castle bedroom and the village beside Daventry, where the majority of A Knight to Remember took place. For the next episode, I hope we can see some of the more varied locations that have become famous throughout the series, such as as the Land of the Green Isles from King’s Quest VI, or Kolyma from King’s Quest II.

Overall, Rubble Without A Cause takes the King’s Quest reboot into a new direction, whilst offering some of the same pun-filled dialogue and brain bending puzzles we have come to expect from the franchise. While some may find the darker tone to be slightly unnerving, and the logic that relates to puzzles to be a trifle confusing, the results of your efforts to ensure your friends survival are definitely worth the effort.

Rubble Without A Cause is a strong second episode that bravely takes the franchise in a new direction. While there are some problems with illogical puzzles, it's strong character development and unique graphcal style are well worth the second journey to Daventry.

Filed under: Adventure Game king's quest PC PS3 PS4 Rubble Without A Cause sierra The Odd Gentlemen Xbox 360 Xbox One