If there has been one series that has taken me by surprise time and again it has been The Incredible Adventures of Van Helsing. The original made me believe in the genre again after the original disappointment of Diablo III. The sequel had me overjoyed to see more steampunk elements thrown into the mix as well as more mythical and scientific abominations. This time around however the game has taken everything up to the highest of notches. But does Van Helsing have enough to offer to bring the trilogy to a satisfying conclusion?

So what is everyone’s favourite monster slayer up to this time? After the events of Van Helsing II the hunter, along with his comrade Katarina, are now in the pursuit of prisoner seven. Seven is a strange being that in the previous game acted like a guide and an ally towards Van Helsing, but ended up stabbing him in the back. As well as Prisoner Seven, the entire city has broken off into different factions vying for control of everything. One in particular is a faction simply known as the cult of seven but it is unsure to the hunter whether this is related to his nemesis or not. The narrative starts off on a very immediate level with a quick reminder of the past games events, making this a great game to start out on if you are new with the series. After that little intro you are immediately thrown into the action and the story carries out via your actions. Keep in mind also that there will be many side quests throughout your adventure that can have you dealing with enemies, ranging from mutated animals to scientific abominations, or even finding lost treasures, such as jewels, journals or even weaponry. Collectively there is enough here to help drive the story home with a fulfilling beginning, middle and end. 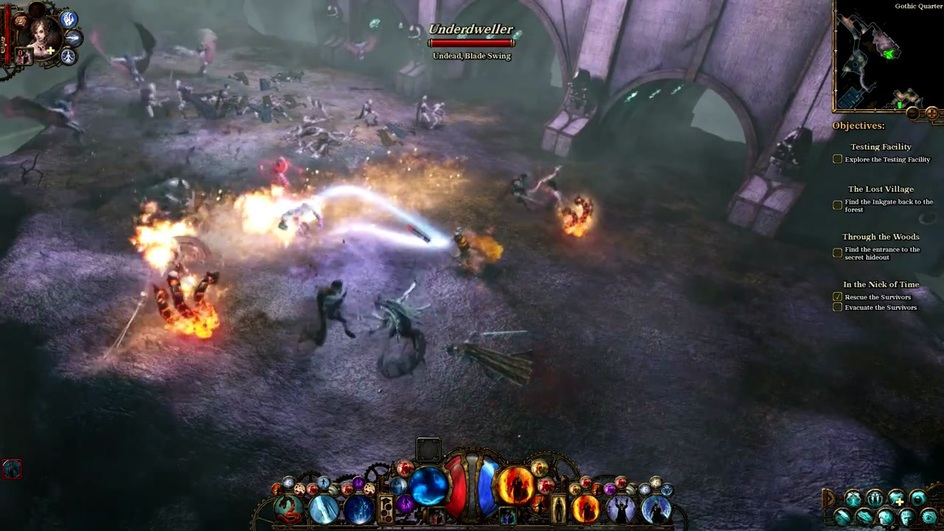 One big change in Van Helsing III are the choices of classes you have from the get go. There are six different roles to play that completely change what style of combat you will be focusing on. The classic Bounty Hunter class returns from the previous games but is joined by The Protector, Elementalist, Umbralist, Phlogistoneer and Constructor. The Protector acts as a more melee specific class holding a sword and shield as well as using defences auras to withstand damage and return it to enemies. Elementalist focuses more on large elemental attacks that can be as simple as chain lighting to then summoning a giant storm. Umbralist acts like a rogue or thief class that tends to fight enemies one on one with quick hit and run tactics. Constructor is an engineer that can construct different mechanical weapons and doo dads that can help shield you from harm or unleash the pain. The most badass class however, at least in my opinion, is the Phlogistoneer. Grab your exo-suit, rig up your weapons and unleash hell from upon your mechanised contraption.

The different classes play exceedingly well this time around and act completely different from those that have come before. For example, in previous titles some of the classes felt lack lustre in comparison to others due to their ability sets or useable arsenal. The new classes’ effectiveness in game however is backed up by the improved levelling system and ability trees. These have been streamlined to make them more simplistic but still give you plenty of things to dip your skill points into. First off you can just increase the damage of your many abilities or simply unlock new ones to add to your hotbars. But do not forget to utilise the passive abilities linked within them that can add additional effects, reduce mana consumption or even give you benefits in return for dealing damage and killing foes. With so much to build into there is truly nothing stopping you from building the ultimate hunter you want to be. Keep in mind also that the ability trees have also changed for Katarina who can still be put into her Melee, Ranged and Ghostly forms in combat. Her trees have also been cleaned up to allow you to build her as you wish without putting points into skills you wouldn’t like her using. The companion has always been a great addition to the Van Helsing series and seeing the ability trees tweaked makes her build progression a lot better. Just remember not to forget about her like I have done in previous games. Doing that could result in some painful confrontations, especially if you are running the game on the harder game modes solo. 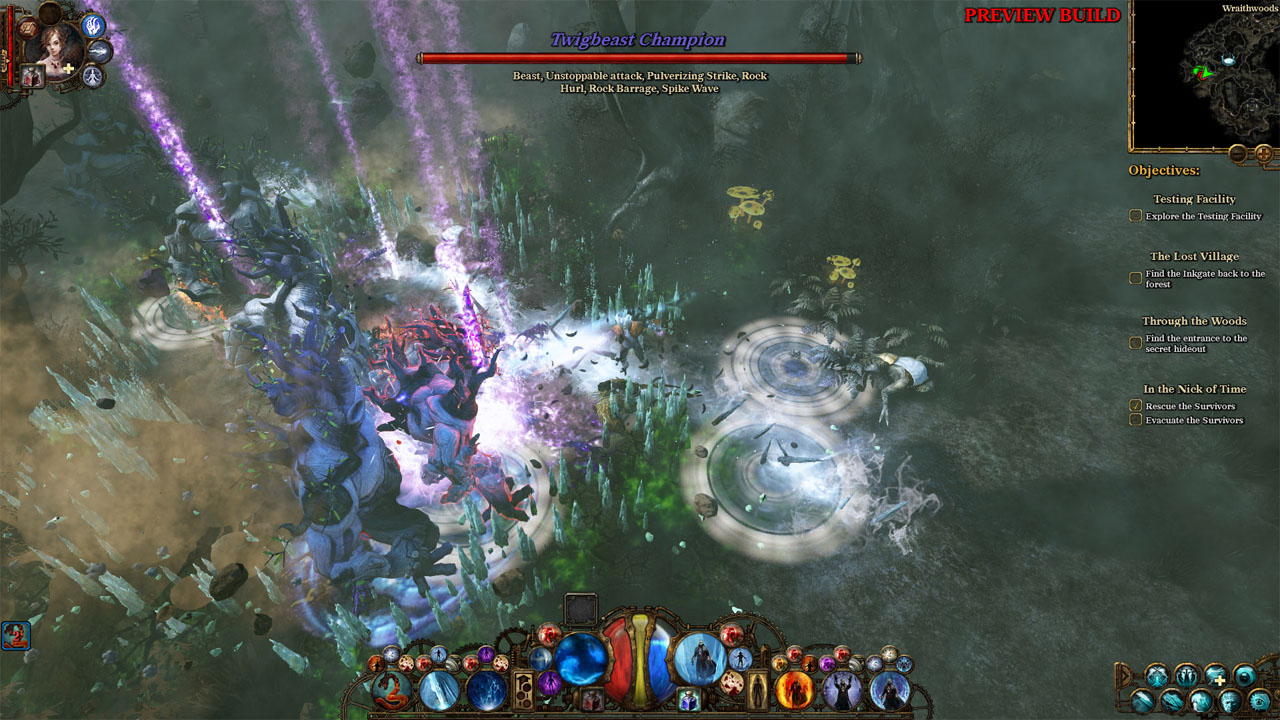 Enemy variety in Van Helsing III has been increased yet again with more variations on enemies we have seen before as well as new foes to defeat. My personal favourite enemies are the mechanical riflemen that have been upgraded yet again to combat against Van Helsing’s new arsenal. Be warned thought, you may bump into one of these clockwork soldiers that could have a variety of different buffs to cause more trouble for you. The inspiration from the Bram Stoker novels really do come to live here as we see more influence from classic horror and steam punk taking place. The enemies’ variety however is made complete by how many or few they will come at you at once as well as their own styles of combat. Some will be in swarms and attack you head on, others will be alone and track you down around the battlefield if you try running away and others will use range to their advantage and even teleport closer to or behind you to take advantage of your weak spots. The harder difficulties also add in more heroic, epic and legendary targets to take down that allow you to capitalise on a great hard felt battle as well as the chance of receiving the best loot in the game.

With everything the game has to offer there is just one last addition that puts icing on the cake. The improvements to multiplayer and the online competitive multiplayer. These two elements in this style of game has always fascinated me and has always allowed players of all different skill levels to show off their skills, builds and effectiveness in combat. This time around however it seems as if the net code has been improved greatly as throughout my time playing I felt no lag what so ever in game or with inputs. The sessions run smoothly at 60FPS as well whether you are teaming up with up to three other hunters or you’re going toe to toe with seven. These tweaks have helped make the experience feel more like a complete package, more so than the other two titles in the trilogy. 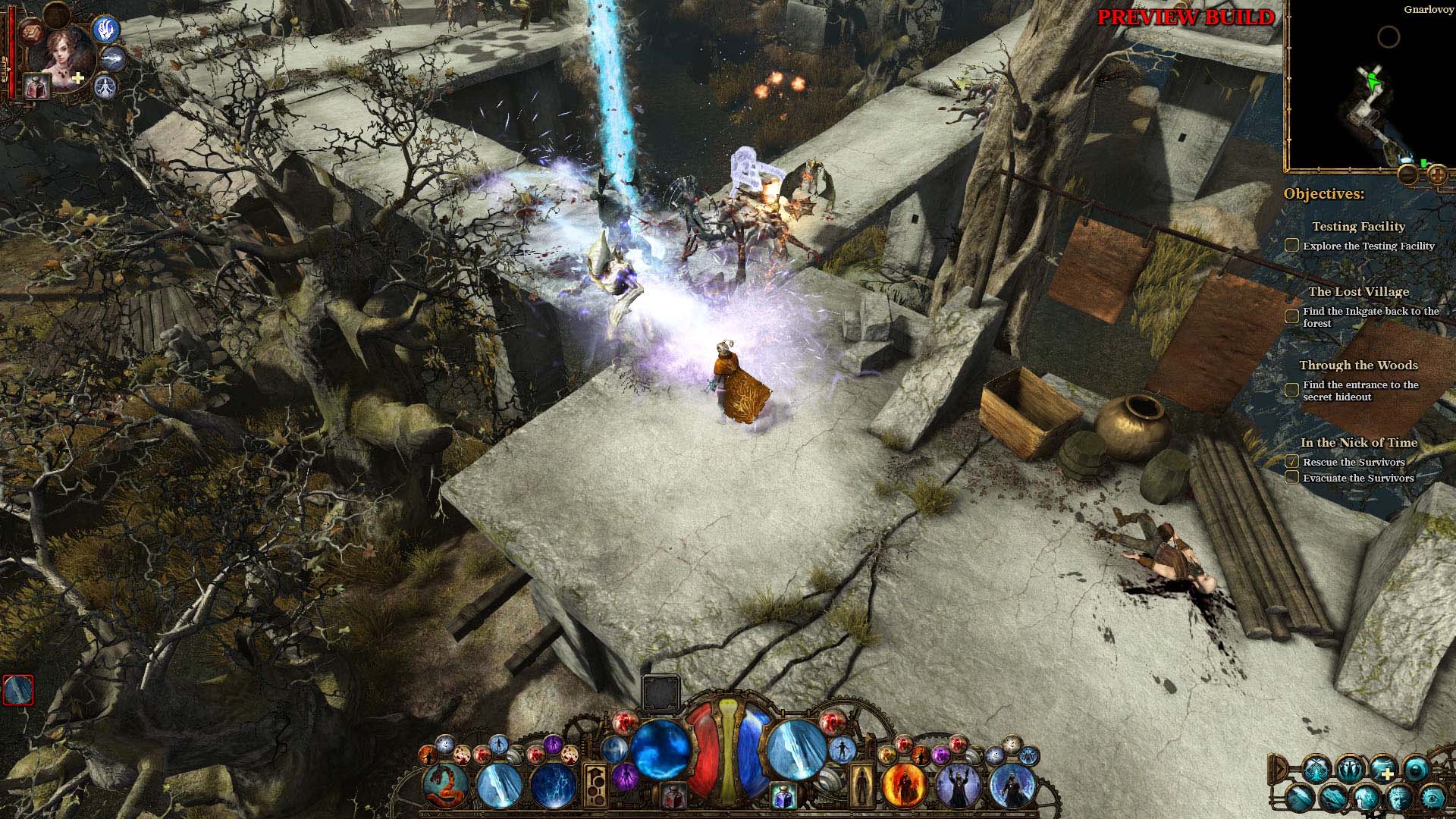 Is this the best game in the series? By far yes. But is it a perfect game with no faults? Of course not. There are some things you need to keep in mind with the game. People who are used to the genre will immediately jump in and feel at home whilst others may be slightly overwhelmed with the amount of enemies that can come flying out at you at once. A false move or aggro too strong will result in you dying a lot more times than normal. Management is definitely key here as you will be micromanaging skills, abilities, growth and more mini events that keep popping up at your secret lair. This adds a larger emphasis on back and forth gameplay as you go out, fulfil quests and occasionally come back to the lair to manage your stuff. It is a shame however that the town portal does not work as a two way door and only functions one way. This means you will be spending more time going back through areas that now have little to no more enemies just to get to where you were before. This can definitely be tedious to some but to others it can be another reason to explore the maps and check for hidden enemies, quests and items.

The Incredible Adventures of Van Helsing III has been nothing short of an incredible end to the trilogy. With changes and additions to the game, we have what is the ultimate experience to end the series on. A great time to learn what being a monster hunter is all about. The experience is a lot better and more fun with friends to assist you as you go through the many levels in store and fight over loot. With little to truly complain about, this is a game you truly need to own if you are a fan of the genre or art style. If this is your first in the series as well, you may just be inclined to get the other two which are equally as good in their own merit. A series that I am sad to see end, but has finished in a spectacular way.

The series as a whole is a definite wonder to explore and challenge yourself with. An incredible adventure that has gone to incredible heights.