Hitman represents a return to form for our shiny-headed assassin, harkening back to the glory days of Hitman Blood Money rather than his last outing Hitman Absolution, which was poorly received by fans of the series due to both its attempts to humanise Agent 47 and its rather lacking story structure and level design. Delivered as an episodic title rather than a single release, Hitman’s first instalment gives us several training missions and The Showstopper assassination, set in during a fashion show in a regal palace in France.

Hitman is reintroduced to us through a series of training missions, both for the player and for Agent 47 as he is inducted into the International Contact Agency (ICA). The first of these training missions guides you through the basic mechanics of Hitman, which have changed little over the course of the series. As Agent 47 you must infiltrate a location and eliminate your target, using a combination of stealth, cunning and brutal violence to achieve you goal. The master of disguise, Agent 47 can subdue and steal the clothes of almost any character in the world, though no one is going to be fooled by the 6’2″ bald guy in a cocktail dress so you’ll have to stick to the men’s range. Using these disguises, Agent 47 can gain access to restricted areas and close in on his target, though players should be careful as not everyone will be fooled by your disguise. Heads of staff like security chiefs are labelled by a mark above their heads and these individuals will grow suspicious if you linger in their presence whilst dressed as a security guard, adding an extra element of challenge to your assassinations. 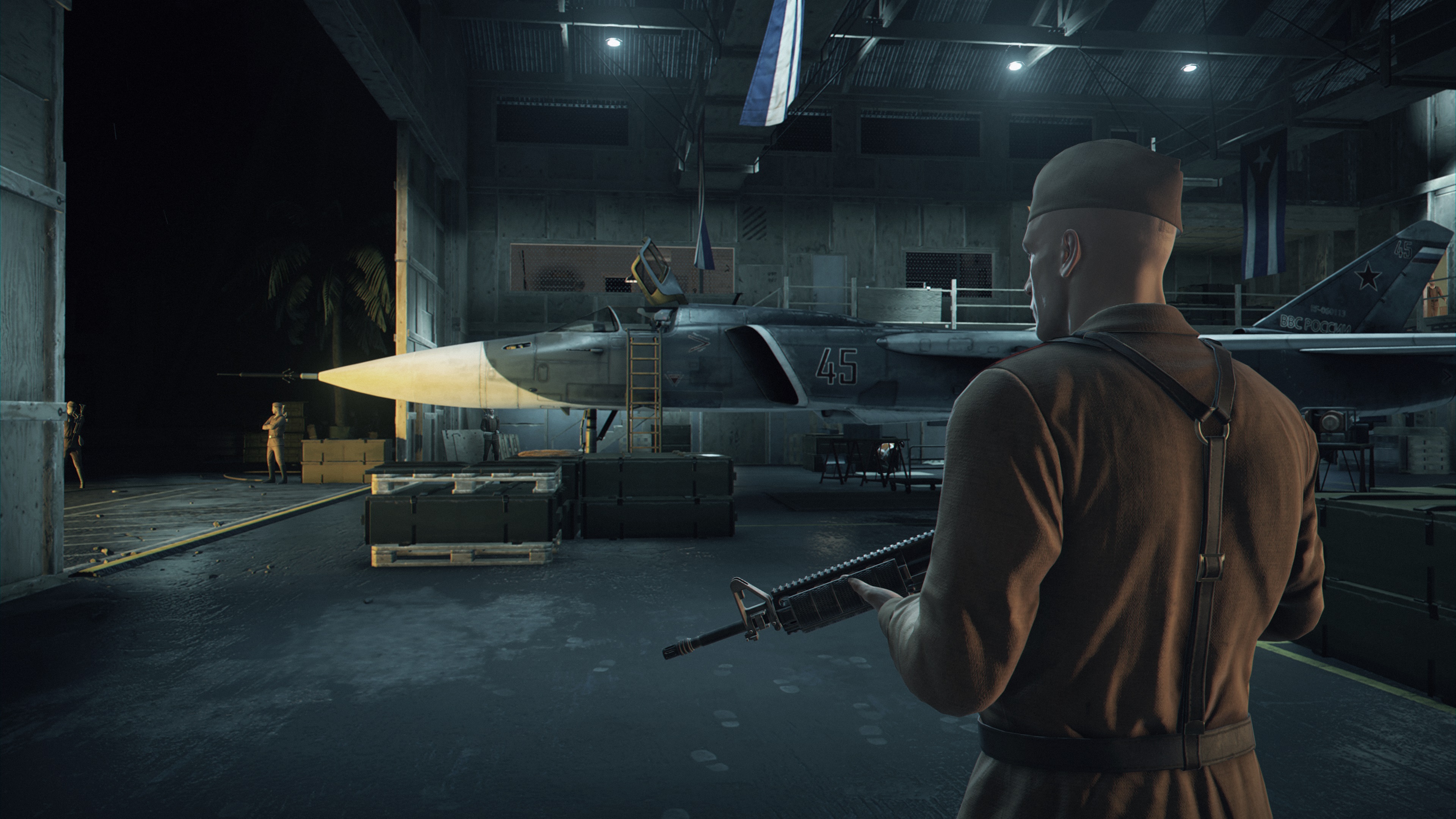 That’s not to say that nothing has changed though, with one of the new mechanics in Hitman being the Opportunities system. By eavesdropping on specific conversations, you can learn potentially useful information about your target’s whereabouts, schedule and preferences. So if you hover around the kitchens you might hear two waiters talking about your target, Viktor Novikov’s favourite drink, the Bare Knuckle Bruiser. From there you can find a waiter’s disguise, some poison and the recipe for the cocktail and you’re all set to mix Viktor a rather unpleasant drink. There are eight distinct opportunities in The Showstopper mission, each offering a very different approach to the assassination of one or both targets and they give the player a great introduction to the world of Hitman and the various tactics at your disposal. I do recommend turning the settings down from full hints to minimal if you’re a veteran of the series, otherwise they can hold your hand a bit much.

The Paris map itself is staggering in size, containing not only the palace where the fashion show is taking place, but also a large section of the grounds outside. The attention to detail throughout the map is impressive, with hidden access points, weapons and disguises littered throughout the palace and a number of different zones which can only be entered by certain staff members. The size and scope of the map allows the player to approach the assassination from pretty much any angle they choose; you can focus on knocking out the right people and stealing their uniforms to gain access or you can keep your iconic suit on and sneak through the palace undetected, though the latter is certainly the more difficult option. For now, we can only hope the rest of Hitman’s maps are up to the standard of Paris, but it’s a damn good start.

IO and Square’s rather bizarre decision to turn Hitman into an episodic title rather than a single, full-priced release smacks of a game development process running on a bit long, but even more bizarrely they seem to be on to a winner here. Hitman’s levels have always been very isolated experiences, each one taking him to a different, exotic location and tasking him with brutally murdering some dastardly individual and as a result very little is lost in the translation to a true episodic format. 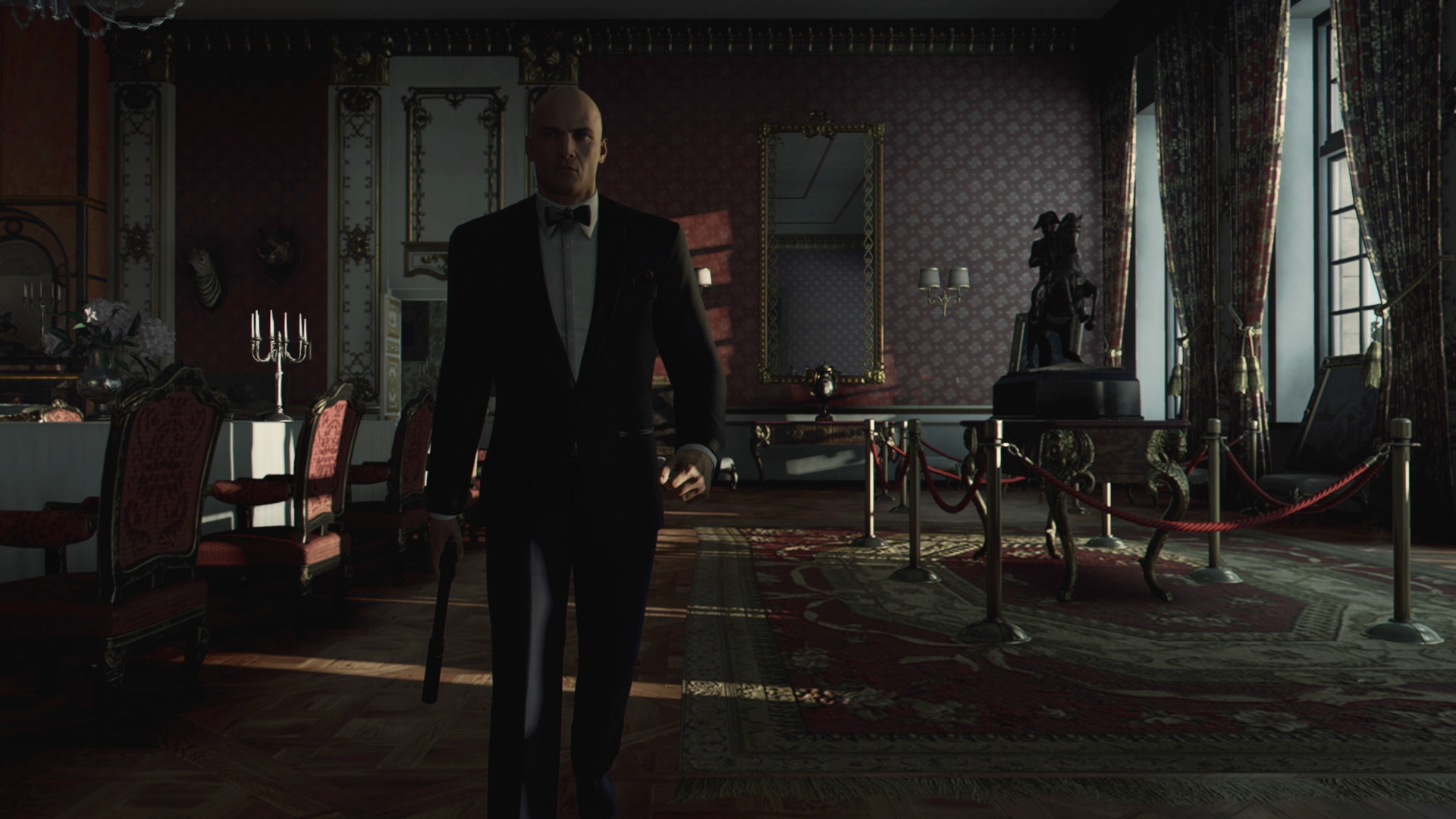 Whether Hitman is worth your hard-earned blood money is really down to the kind of player you are. If you’re just looking to play through the missions once and be done with it, then Hitman isn’t for you. With that said, Hitman has always been about the replay value and this first episode has it in spades. The Showstopper mission contains a plethora of interesting and unique ways to take out your two targets, from dropping a massive chandelier on Viktor whilst he’s on stage to pushing his wife Dalia off the third floor balcony onto his head as they watch a firework show, taking them both out at once. IO have gone to town on the replayability aspect, adding Challenges for each mission that require you to do certain tasks based on assassination and discovery. All the challenges have humorous, if a little dark names like my personal favourite, hold my hair, which is awarded for drowning someone in the toilet whilst they are throwing up. Grim.

The Contracts system makes a return from Hitman Absolution, allowing players to set up their own custom hits on any of the named characters within the maps and set specific conditions that must be achieved. So if you could set things up for Agent 47 to kill Sebastian Sato, the head designer at the fashion show, with a kitchen knife whilst wearing a chef’s outfit. Once you’ve built your contract you can upload it and have others compete for the high score. It’s early days on this at the moment, but there are already some pretty interesting contracts out there. Contracts mode is a clever addition by IO, allowing the players themselves to create more content for their game and hopefully the Featured Contracts section should allow the cream to rise to the top. Another new addition is the Escalation mode, which takes the “Twelve Days of Christmas” approach to murder. The Escalation mission is set in the training exercise at the Cuban Airbase and sees you tasked with an increasing number of objectives with each round, so whilst round one may ask you to kill the Russian General whilst dressed as soldier, by round five you’ll have to steal intel from a safe, kill a solder whilst dressed as mechanic and hide any bodies you leave within 90 seconds or fail the mission instantly. The escalating stakes make for an interesting challenge, though sadly it stops after round five which is when it really starts to get intense. 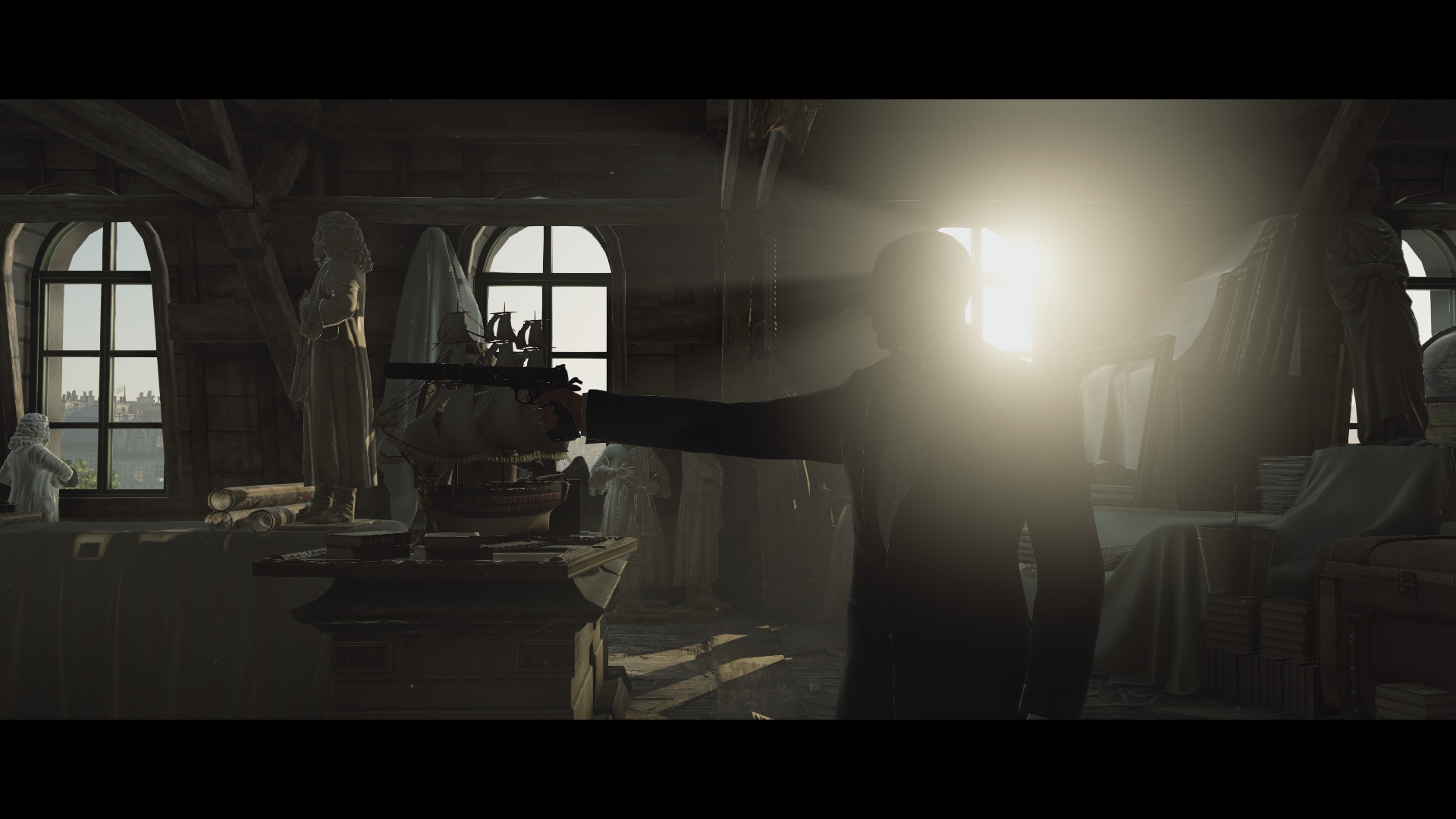 Unlike our protagonist’s head though, Hitman could have done with a tiny bit more polish. There are little bugs which drag you out of the experience, like dialogue repeating itself or cutting out too early. Several of Hitman’s modes require you to be connected to the internet, but the servers themselves are unreliable at best, meaning you’ll be locked out of contracts, escalation and leaderboards if you can’t connect to the servers. Also, we’ve waited a long time for a true successor to Hitman Blood Money and IO Interactive seems to think that we deserve a whole load more waiting, because the loading times in Hitman are absolutely horrendous. When first loading a mission up you can be looking at anywhere of up to two minutes seconds of dull, lifeless loading screen on the Xbox One version and reports are that it’s no better on the PS4. Reloading a previous save within the same mission doesn’t take quite as long, but these load times are still rather grating in a game where trial and error plays such a prominent role.

Despite these issues though, Hitman is a stunning return to form for our ruthless assassin and a much welcomed return to what made the series great after the strange left turn things took during Hitman Absolution. Due to the nature of episodic gaming we can but hope that IO Interactive continue to build upon this and craft a complete Hitman experience, but it’s a very promising start.

Disclosure: An Xbox One review copy of Hitman was provided by Square Enix.

Agent 47 is back on form in this first episode as Hitman returns to its roots. The huge sandbox of available in the Paris map offers ample opportunity for players looking to stretch their murdery legs. A few bugs and the colossal loading times let the experience down, but it's still a cracking effort and one Hitman fans shouldn't miss out on.