If you picked up Heavy Rain when it was originally released in 2010 on the PS3, you’ll find yourself thinking ‘this really hasn’t changed.’

There has been a small upgrade on graphics and some added bonuses but the remaster doesn’t have the same ‘wow’ factor that I remember the original having. At the time the graphics were cutting edge and the idea was novel. It had felt like a breath of fresh air in a sea of first-person shooters, racing games and fighters. The project opened a lot of doors for games that wanted to focus more on a narrative and work on having an emotional reaction and connection with what was on the screen; but now we have games like The Last of Us which surpass visually, mechanically and narratively.

Mechanically it’s much the same as the original; you can control your characters movement speeds with the analog sticks which I did find far easier in the remaster but whether that was an improvement within the game itself or just due to using a DualShock 4 instead if the 3 I can’t distinguish. To work out your next move you aren’t led by big flashing lights or a strict structure like other games, you listen into your characters thoughts and decide which path you want to take and see how that will play out. You can win awards if you tell your son to go to bed on time instead of watching telly with him all night. This is an area where Heavy Rain was quite revolutionary and something that Quantic Dream bought forward into Beyond Two Souls. 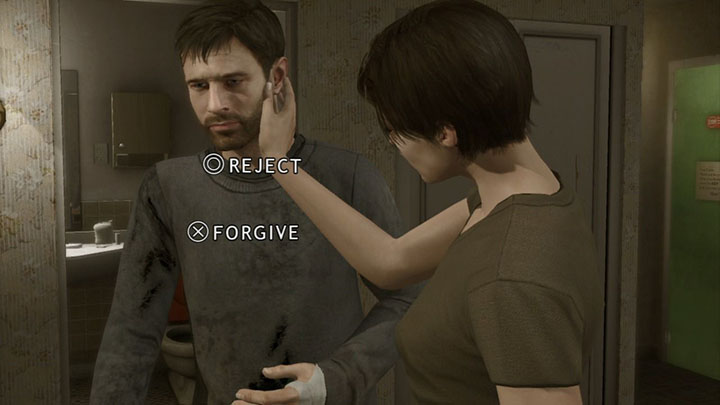 A big problem with Heavy Rain is that it can be distinctly boring, the story-line should be exciting with your aim being to find the ‘Origami Killer’ which could be any one of the four characters you work with. It’s described as an ‘action-adventure’ and while there are some rather fun fight scenes and plot twists you also find yourself performing mundane tasks such as picking up an apple for your son or brushing your teeth. This is due to the interaction led, rather than action led nature of the game but considering it’s a murder mystery you’d think it would be more interesting. Sometimes it feels like it wants to describe itself as many things while not quite achieving any of them. At one point you’re investigating, then into some combat, then you have some adventure and finally a puzzle. This comes in contrast with Heavy Rain’s bundle buddy Beyond Two Souls. This is Quantic Dream’s swansong; they pulled in recognizable actors, the graphics still look amazing and the voice acting works so well.

Players control Jodie Holmes, characterized by Ellen Page as she struggles growing up with an attached entity. She is thrown into a government-based paranormal institution and taken on by father figure Nathan Hawkins (Willam Defoe). We follow her over a course of 15 years as ‘Aiden,’ the other worldly being that is tethered to her, opens her up malevolent sprits from the other world and causes mischief on quiet days. Like Heavy Rain you have a lot of working out to do. The narrative is jumbled so you aren’t following the sequence of events. Swapping from Jodie, aged five, as she discovers her powers to seeing them in full force as she enters her teenage and adult years really draws you into the narrative, making you want to play on and find out how she got to that point and ended up in the sticky situations you get glimpses of. The game starts at the end, which means you already know it’s all going to be okay so does take some of the excitement out of it. You can choose to play chronologically which does help with the flow and would be the route I would use if I were to play it again. 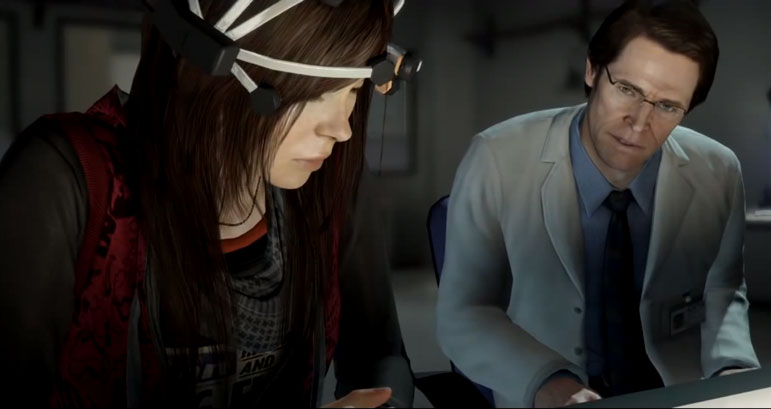 Similar to Heavy Rain the mechanics haven’t changed much. Neither of the remasters has utilized the DualShock’s touchpad, but Beyond does use the controller’s speaker when playing as the ethereal being Aiden. Where Heavy Rain uses the characters thoughts to move on the game play, Beyond Two Souls can be a lot of wandering around waiting for a light to shine and signify that you/Aiden can interact. You do have quite a bit of freedom when scoping out new locations, but ultimately you need to work with the prompts. One interesting addition comes at the end of each chapter, where they show the percentage of players who have played through it in the same way. It does make you think about how the situations could have been handled differently and where you may have missed things. For a few chapters I even found that no other players had gone the exact same path as me.

If you didn’t play either of these titles when they were originally released the Heavy Rain Collection is definitely worth the money. Although Heavy Rain may not have aged so well it was still a flagstone in the development of games now and still a very different experience to most titles out there. Beyond Two Souls still looks amazing and the characterization really carries the game.

If you didn’t play either of these titles when they were originally released the Heavy Rain Collection is definitely worth the money. Whilst current fans may not be as impressed, there are some added extras to play around with.