FalloutCrate is to Fallout fans what HaloCrate is to Halo fans, i.e if you like a particular game and there is a box that can be delivered to your doorstep full of loot then you are probably going to like it. Officially partnering with the Vault-Tec company, Loot Crate are able to deliver some of the most exclusive merchandise that only by subscribing can you obtain this loot. No amount of scavenging the wasteland is going to help here.

The second Fallout Crate was filled with just as many cool things as the first Fallout Crate that arrived a couple months back. In terms of size, the box was a lot smaller than the first but this did not affect the overall value of the box.

How much does the Fallout Crate cost in my home currency?

Loot Crate will ship almost anywhere in the world, there were some countries that when selecting them on the dropdown it was unable to deliver to. For the most part, any Fallout fan across any continent should have a good chance of being able to get one. Here’s the cost of subscribing over the three different tiers for the popular currencies.

It’s worth noting again, that the UK pricing is still showing no discount between the first and second tier. I’d even simulated a purchase by going through the checkout process but it seems that the pricing is set at £39 for both boxes.

How long did shipping take for the second Fallout Crate?

The second box was a lot smaller than the first box but surprising how well they can pack these crates to fit everything in well. Another card was inside that explained the contents of the Fallout Crate and on the back of this was a photo of the Perk chart. It’s a nice subtle change that is welcomed by a collector to have something functional but also could be framed. Here’s what to expect in Fallout Crate #2:

This month’s theme was “upgrades” which makes sense with all the perk based goodies and the perk chart on the back of the card.

It’s the time for a t-shirt this time, which is themed after the ever popular beer Southie Stout which in the game gives you +1 Strength and +1 Charisma. Like the hoodie the design is nice and in the theme of a weathered look to make it feel like something you’d pick up after a nuclear war (if the shirt survived).

On the front, you have the logo for the drink and on the back is the Fallout logo in white. The shirt size compared the hoodie was a bit smaller but still a nice fit. Being grey coloured it should go with a lot of other clothing if you like to co-ordinate your gaming look.

Fawkes made the debut appearance in the first crate but this time around, Fallout 4’s Nick Valentine comes in the shape of a vinyl figure. Much like the former statue, it is a simple two-part build that consists of Nick himself and the base you place him on. 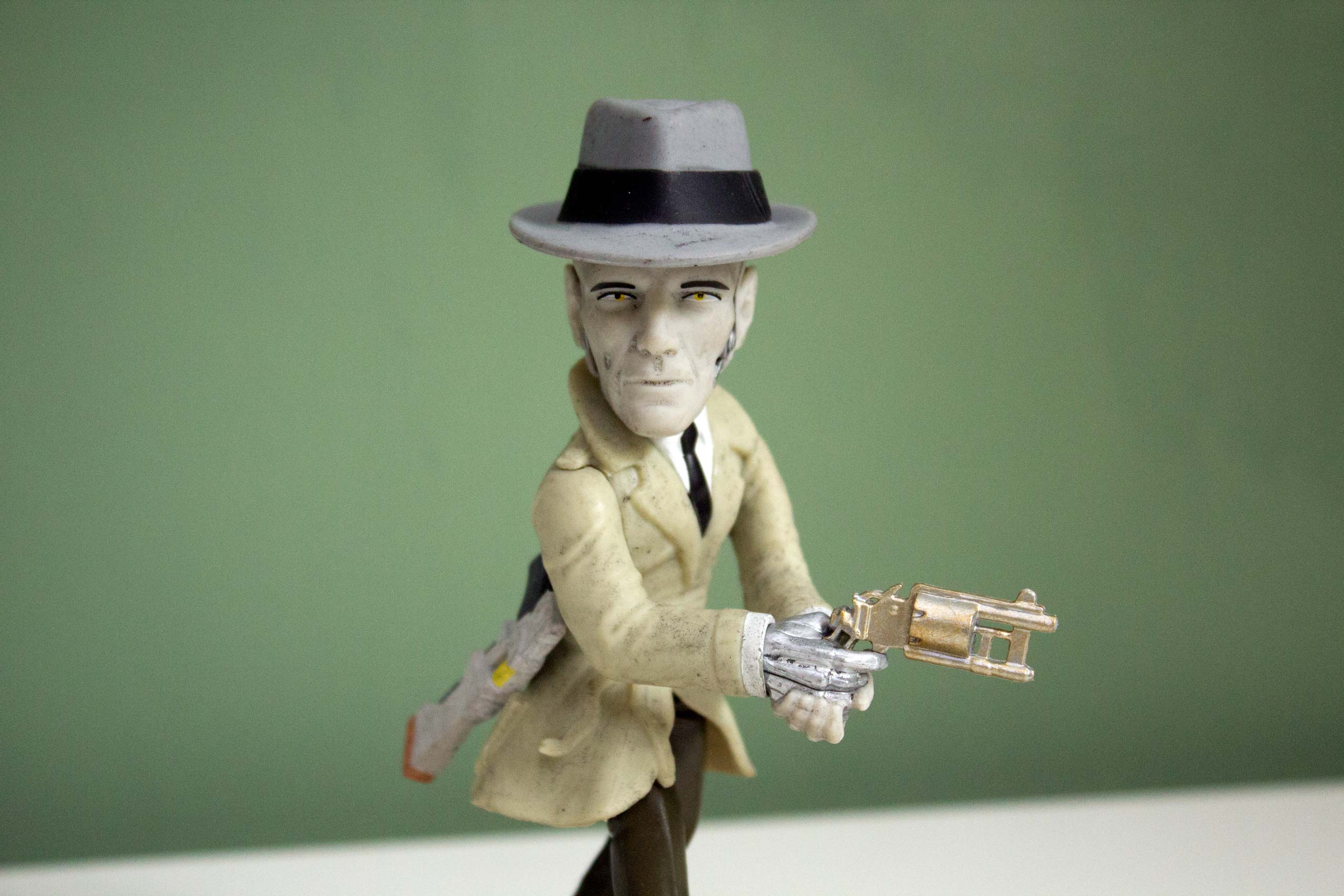 I was a little disappointed to see that the base used for all the figures is the same, donning the vault number 126 on every figure, this also includes the build-a-figure. As it’s a collectors box, having the different vault numbers would add to the collector feel but part of me does understand the cost-saving for what is a fairly un-important piece.

Like Fawkes, Nick Valentine is pretty well made and the details are good. The resemblance, however, I think could have been a little better as the likeness was closer in the first box than with Nick in this one.

The torso is the next part of the Power Armor Build-a-Figure which is the obvious choice considering the head was the first part. As there was no base to include this time, it came in a tiny little box but there was no mistaking it once opened. 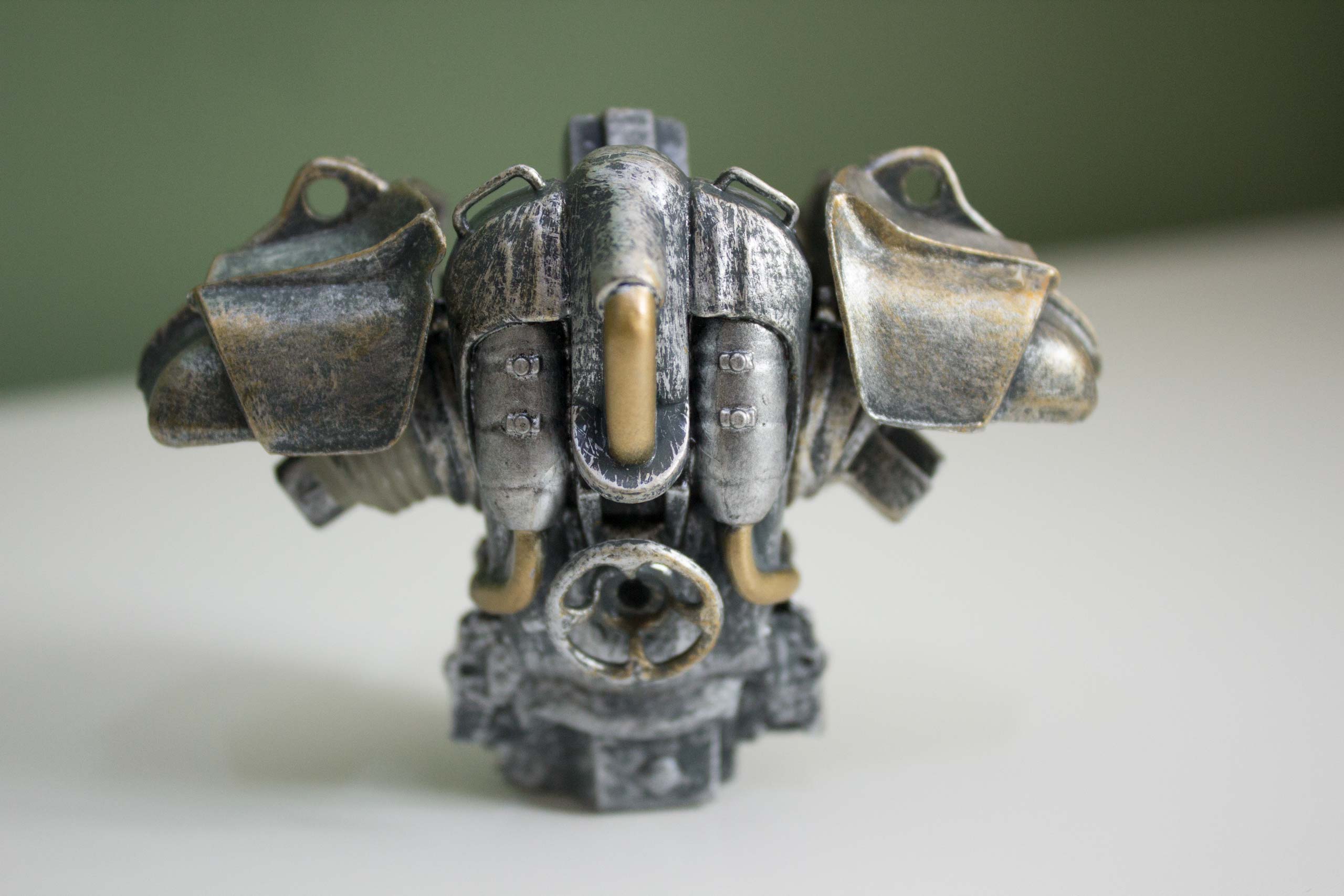 Detailing on the upper body was nice seen as realistically it is all one colour with some rust for good measure. Although there are no legs to attach it to just yet, it can stand up on its own with the head attached just not so well balancing it on the base.

Can you guess what type of power armour it’s going to be? (Too easy for a Fallout fan, I know…)

It would not be an ability themed bundle without something for the S.P.E.C.I.A.L attributes that are featured in all the Fallout games. In the latest Fallout Crate, you’ll receive seven notebooks which each represent the different attributes; agility, perception, strength, luck, endurance and intelligence. 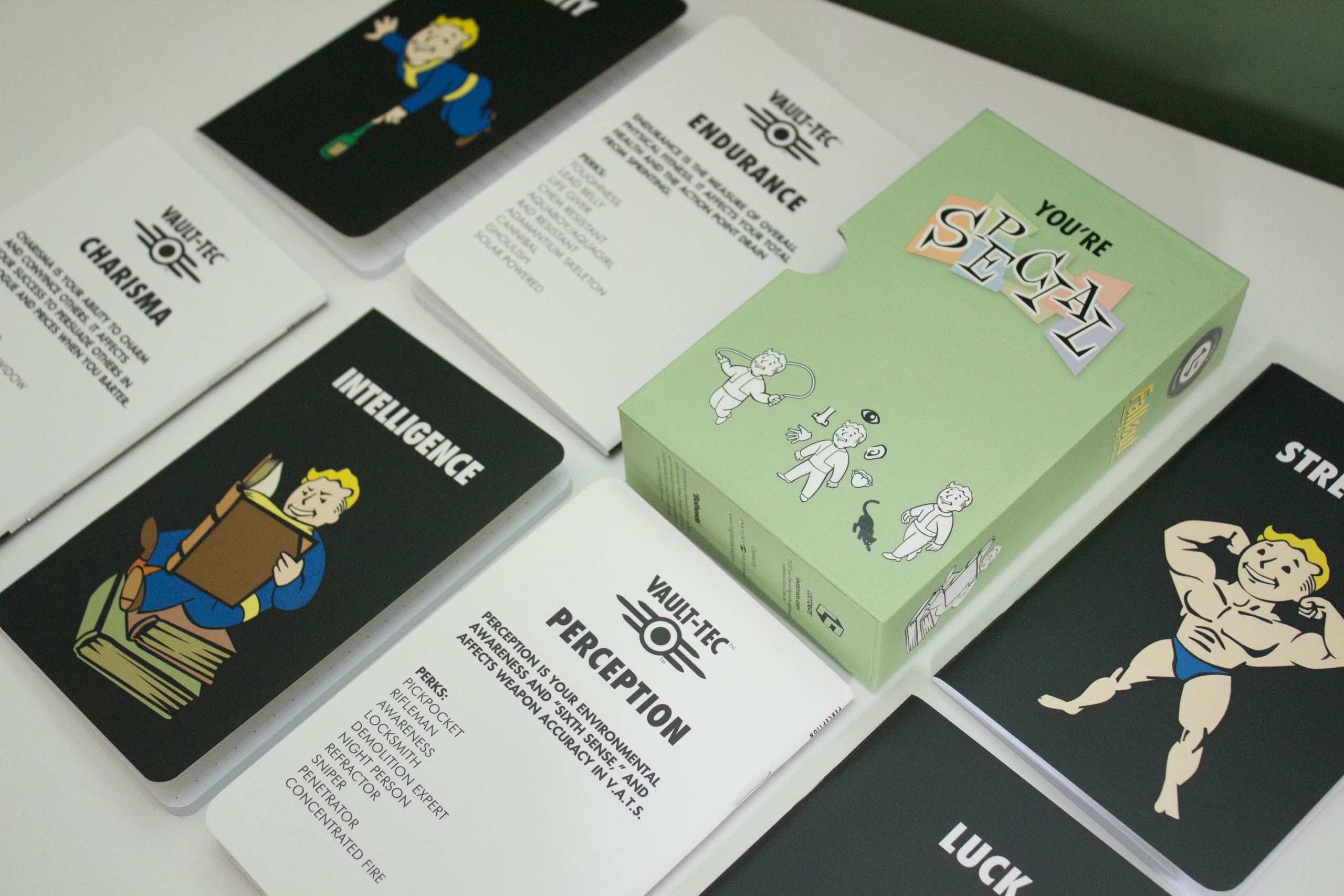 The notepads are all contained within a hardback holder that is designed to look like the S.P.E.C.I.A.L book that is at the start of Fallout 3. The holder was really nicely designed and on the back of each book for every attribute was the Vault-Tech approved description along with the various perks that used that type.

It was a shame that the front of the book looked a little plain with just the name of the S.P.E.C.I.A.L attribute and Fallout Boy image on a plain black background. Considering everything else about the notebooks were well thought out this plainness let it down slightly.

Be ready for summer and watching out for those pesky Rad-Scorpions with your very own sunglasses that give you a +1 perception bonus and a UV 400 protection. 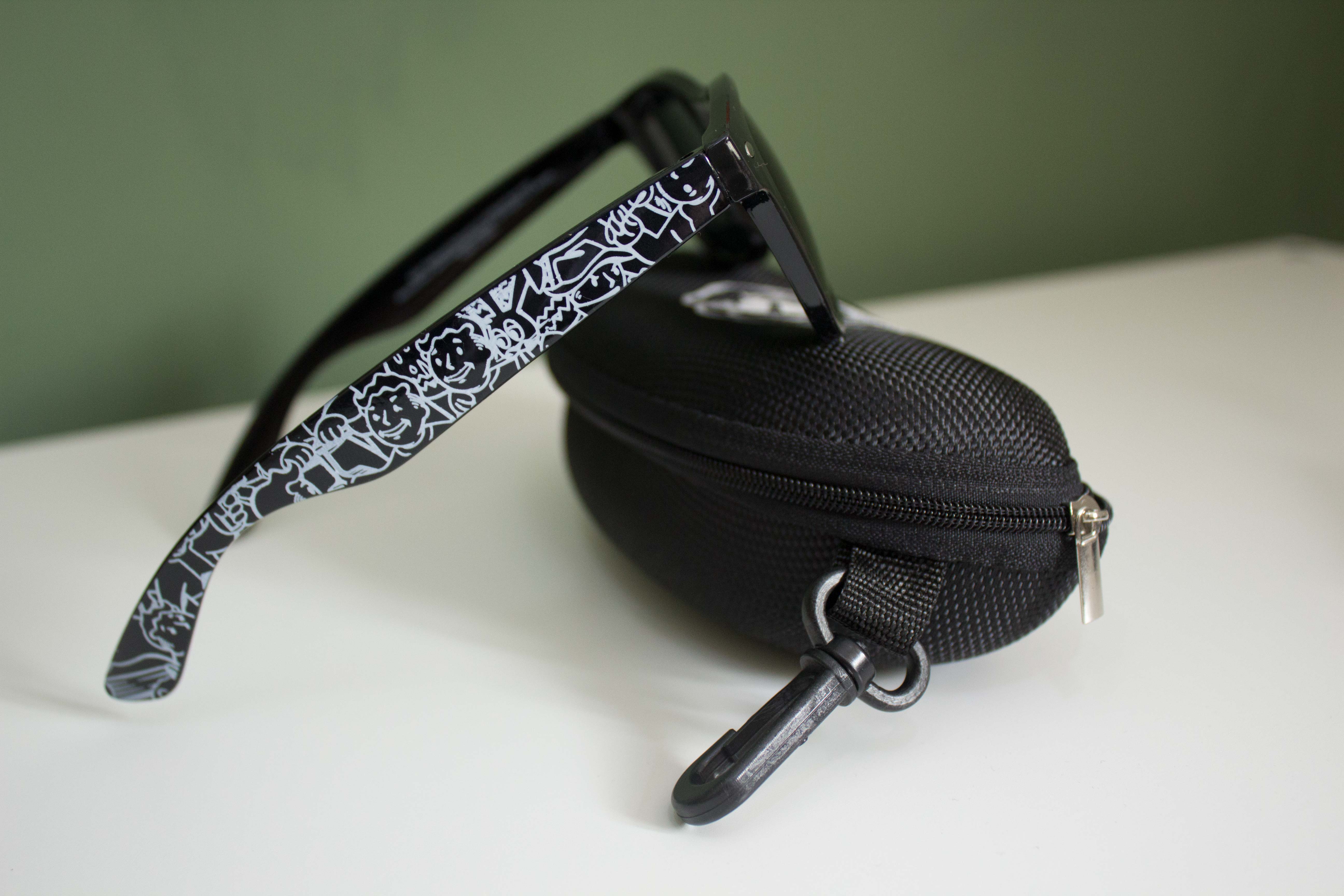 The design is quite your traditional sunglass look with all over black and shape. Along the arms of the glasses is a range of different outlines of the various perks you can find in the game. The few I could see were Animal Lover, Lady Killer and Mysterious Friend. Written on the inside of the arm is the +1 perception bonus.

Last but not least is the second Perk Pin which sadly this time was the “common” variant and not the rarer black and gold version that was found in the previous Fallout Crate.

This month’s pin is the Strength pin and to be honest the pins look good in either option, it will just be a little frustrating that you’ll have a couple from one colour and a couple from another after completing the entire 6 boxes.

In the end, the second official Fallout Crate was another strong month, the favourites being the S.P.E.C.I.A.L notepads and t-shirt. Nick Valentine could have looked a little bit more like his computerised counterpart but not bad in the overall quality or build.  The sunglasses case is really useful and better yet that you actually get some sunglasses with it.

Finally, shipping was also a lot quicker this month, making it feel like only a month had past by before receiving it.

Not as strong as a start from the first box but still a decent amount of nicely theme Fallout goodies. No luck on a "rare" pin this time but looking forward to seeing what happens with the next crate to come.