LootCrate is known to most gamers, the popular postal looting system that allows you to get a box of swag each month that started off as a mix match of different cool goodies across games, television, movies and more. LootCrate progressed further by spanning into more specific genres of crates being able to target more closely what you want as a gamer, movie buff or even snack enthusiast.

Fallout Crate is one of those creations, officially in partnering with Vault-Tec every two months gamers and fans of the franchise can get a box filled with radioactive themed goodies. As a big fan of the games and a lover of collecting merchandise, it was exciting to receive my first crate in the post and it was a big’un.

How much does the Fallout Crate cost?

Like with many other crates, you can choose to buy a single crate or to save a little cash “bulk subscribe” to the boxes for a slightly discounted rate. For the Fallout Crate, there are three different plans you can choose from.

Interestingly, the UK based pricing was the one out of the three that were looked at that did not offer a discount at each level. The cost of the 1 and 3 box plan was the same costing £39.00, receiving a £1 discount after selecting the 3rd tier. Each of the other countries would get a £1 discount per plan, per month. This might be a technical error which we have asked for a comment on and will update the end of the review.

How long did it Fallout Crate take to arrive after being shipped?

The first crate was a hard one to judge, as they are delivered to customers every 2 months, it looks like they ship them out in batches in 2-month intervals. We applied for the crate and it arrived about 2 months after, which makes sense. They gather all their orders and will manufacture and outlay all the components for each box.

What this could mean though and it’s not confirmed is that, if you order just after their “batch” it could mean you are waiting 2 months for your first box. They do explain this in some detail on their website but it could be clearer for your first box when you have no current timeframe for when it would arrive i.e every two months from the last box.

The first box was much bigger than I expected and upon opening, there’s a number of different types of merchandise, including a card explaining each of the different bits you’ll find in your box. Here’s a quick breakdown:

Your first piece of clothing is the Fallout Tunnel Snakes Hoodie which is based on the gang from within Vault 101 in Fallout 3. As LootCrate asks for your t-shirt size it was nice to actually receive something more than just a shirt on the first go. 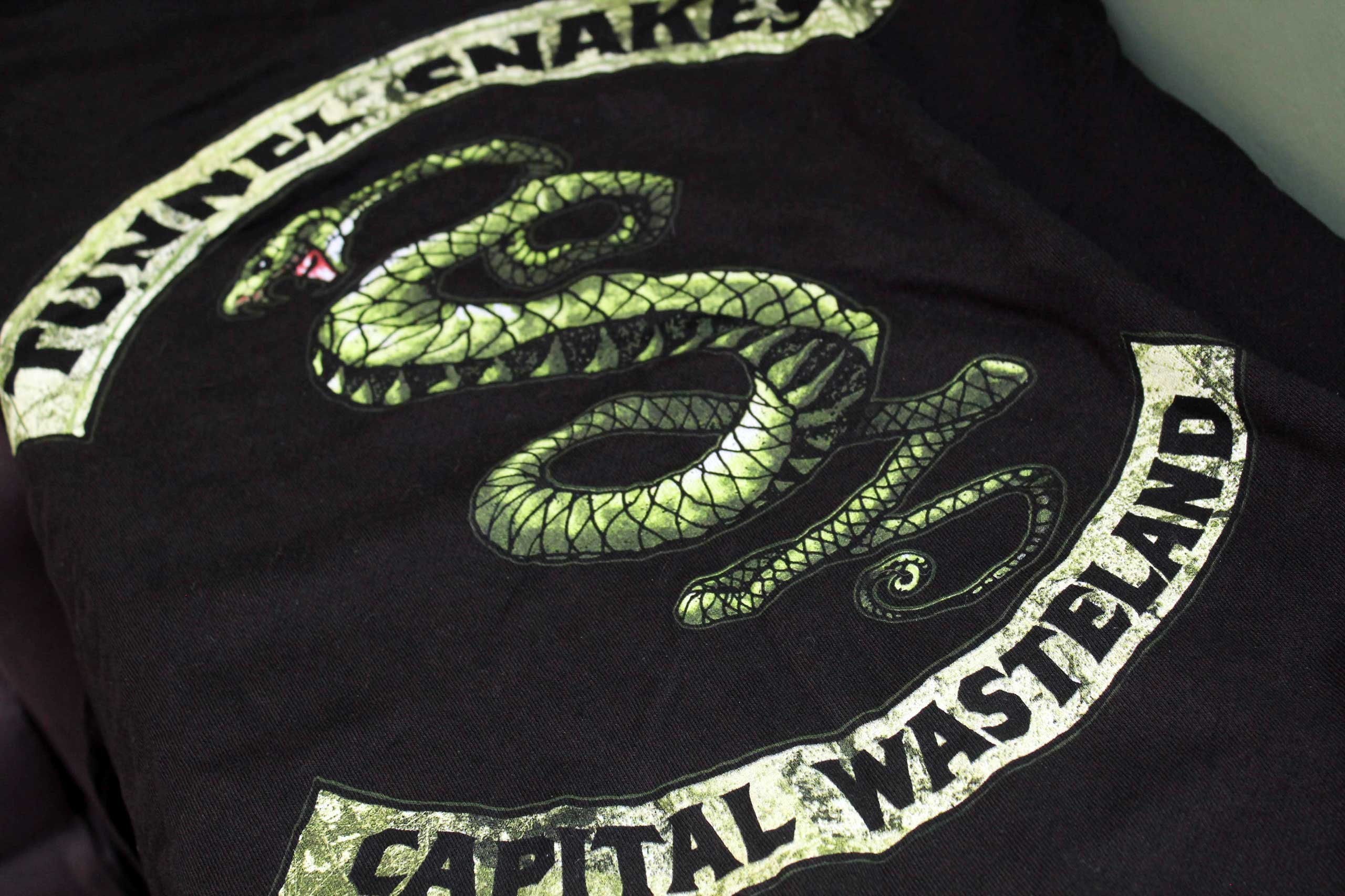 The Tunnel Snake hoodie is pretty heavy, so it is something you’d probably wear in the colder months but it’s well made. The logo on the back is big and has a clear design which should not “peel off” if you plan to wash it but I’d check the tag to make sure. On the front, there’s just the 101 logo which is nice and clean on the right breast.

Along with the Tunnel Snakes hoodie comes another piece of merch from Fallout 3 is a figurine of Fawkes the mutant companion. It’s a more squished version of your standard figure which is almost like a ‘chibi’ version of Fawkes which makes it quite interesting. 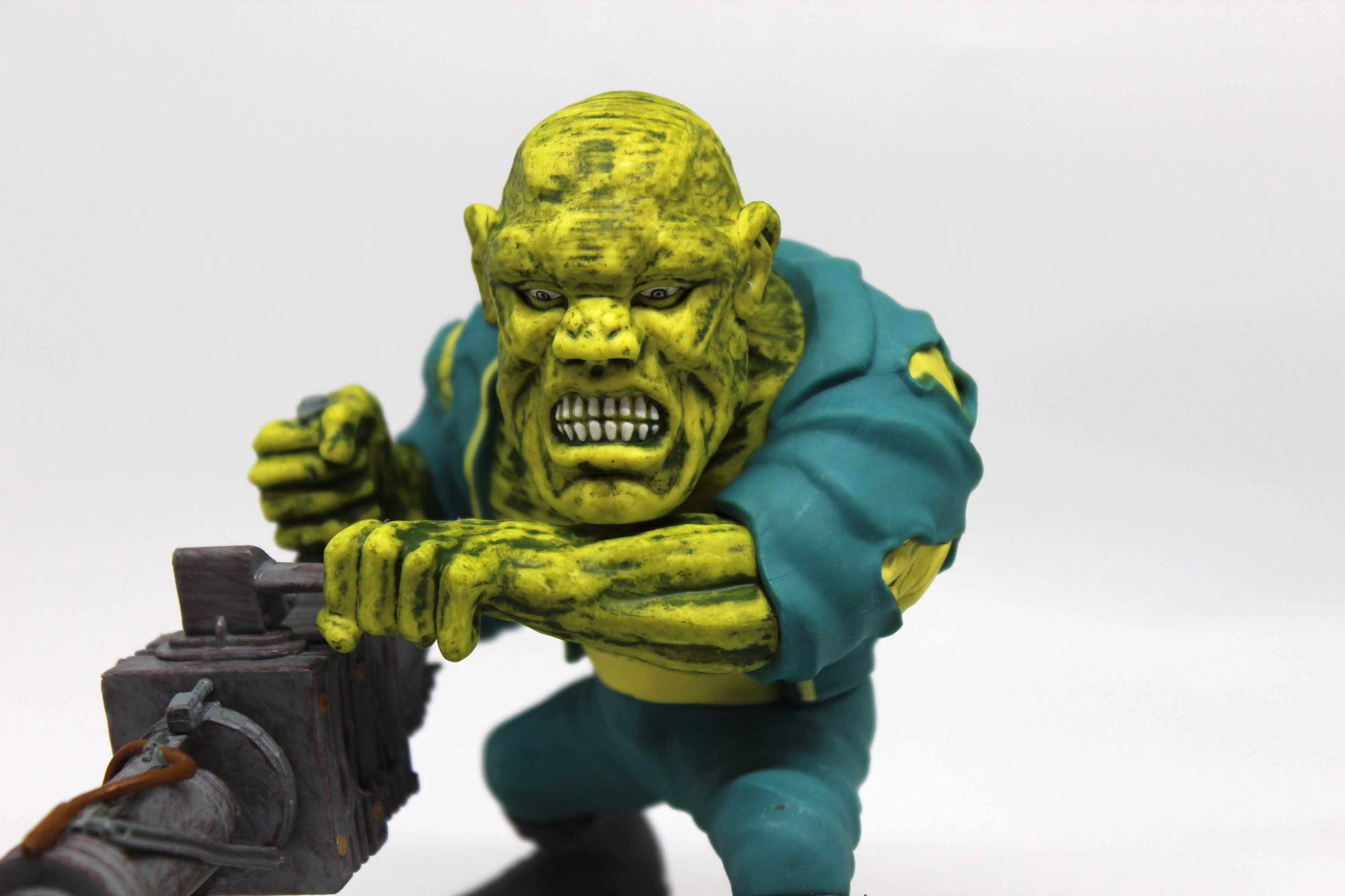 The build quality is decent and had a good level of detail which can sometimes be quite hard to achieve with these types of figures. The base is sturdy and even with the weight of Fawkes being heavy given the design, it won’t move about thanks to a good level of balance.

Another figure you’ll get within the Lootcrate is a build a figure which in essence is a way to try and persuade you to collect each crate for all the months. In the Fallout Crate, you are able to build a Power Armor figure which also comes with Dogmeat. If anything, it’s worth building it for your favourite canine companion but no doubt, he’ll be the last piece. 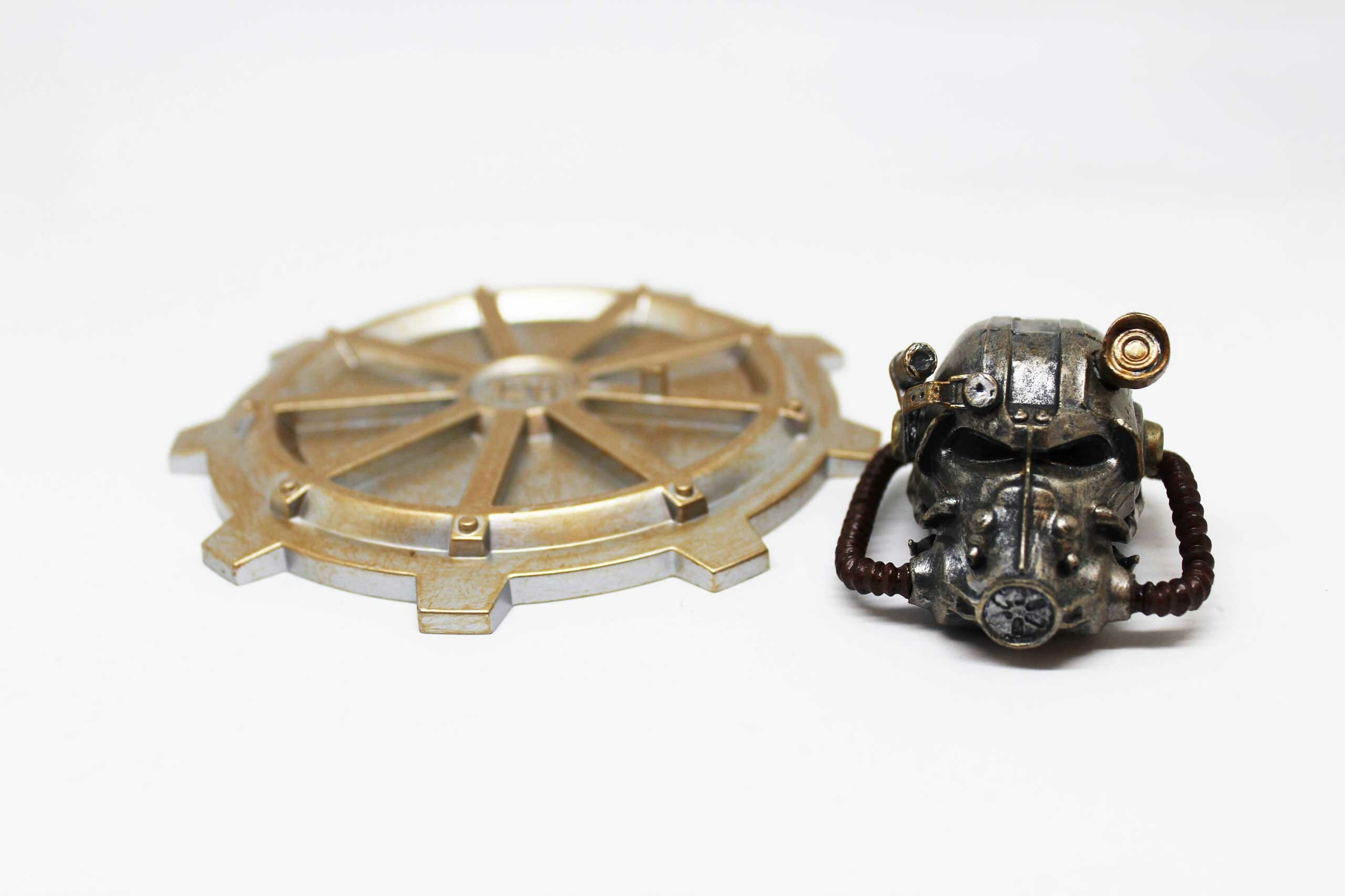 In the first box, you’ll get the base for the overall figure and the helmet which is the best choice in all honesty. Who would really want the legs or arms if it was your first take on Loot Crates? So it was a good choice there.

Next is a more generic Vault-Tech goodie in the shape of a mug that has the Fallout girl printed on it and a backdrop of some Vault schematics. On the inside of the mug is a nice little line of “Welcome Home”. 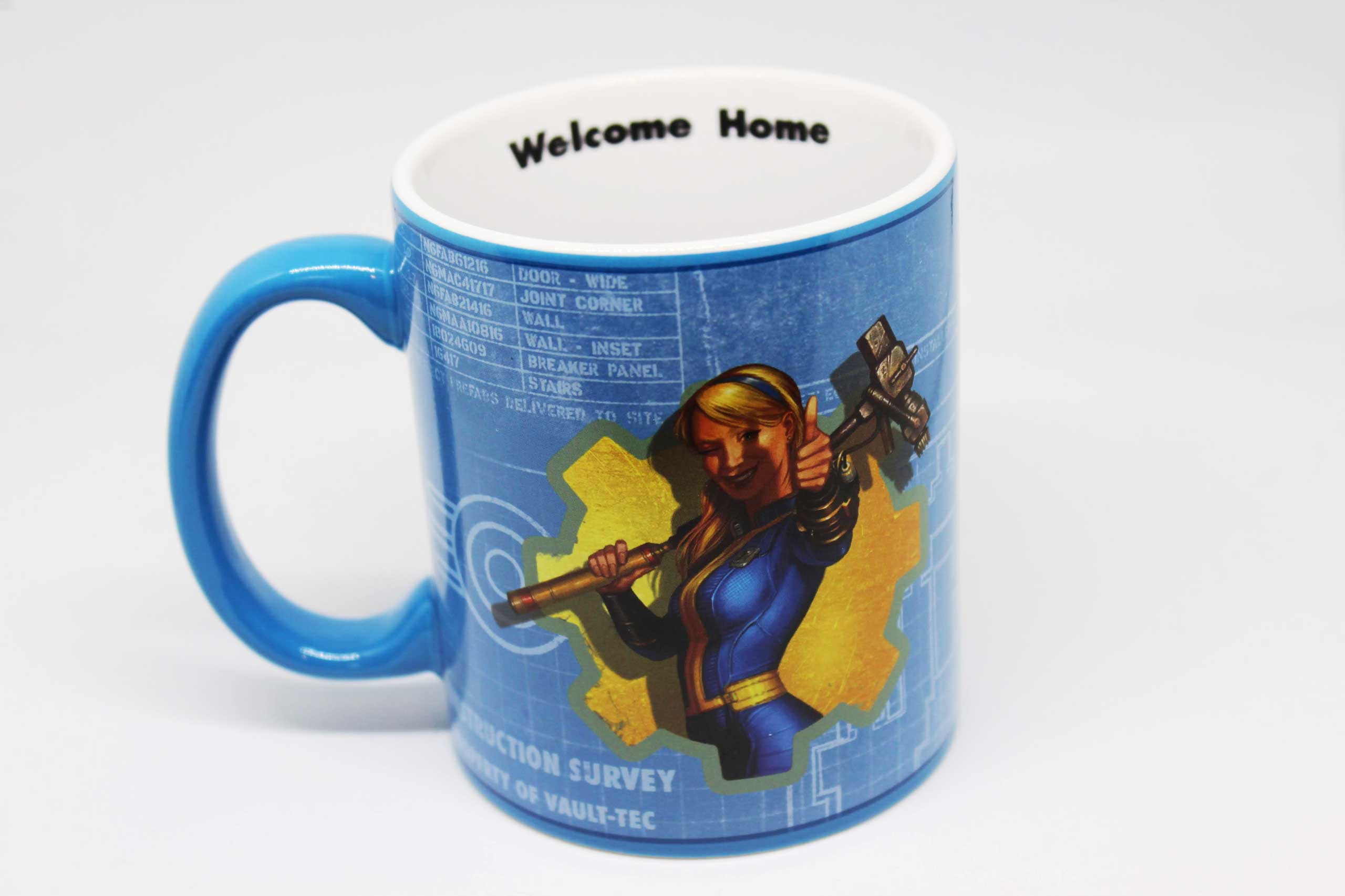 The mug is dishwasher safe and for us, Brits can hold the usual amount of tea which is a solid mug for day to day use.

If you are like me and play a lot of PC games then the Fallout Vault-Tec mouse mat will be right up your street. Made from the recognisable material most gaming surfaces are made from, there are a rubberised bottom and a material top which showcases the familiar face of Pip-Poy inviting you into the shelter.

The size of the mouse mat is the same sort of size you’d get when opting for a large in the Razer alternative.

Finally, there is a pin which you’ll get in each of the boxes that are surrounding different parts of the franchise. The first one is based on the perk Lone Wanderer which gives you a bonus to your stats if you decide to be out in the Wasteland on your own.

For every pin you can collect in each crate, there is to variety, a more common gold pin with black outlines or a rare black pin with gold outlines. In the first box I was quite lucky and got the rarer pin, let’s see how long the luck lasts for the black pin the next boxes.

Overall, the first box for any Fallout fan is a sure thing, for the price of £40+ with shipping there is definitely the lean towards more bang for your buck. My favourites in the first Fallout Crate is Snake Tunnel hoodie because of the high quality feel and design as well as the rare black Lone Wanderer pin.

The first Fallout Crate was a welcome surprise of goodies even if it did take a little longer than expected. The hoodie is well worth the entire box and getting the rare black wanderer pin makes you want to collect more.