Eleusis is a gorgeous title for an indie release. Whilst only being developed by a three-person team the graphics are superb and could stand tall with some major budget titles in terms of appearance. The foreboding atmosphere of such a dark and suspicious environment definitely does work to Eleusis’s advantage but this design has to fight against the minimalist audio. Whilst there may be the occasional gut turning growl or scream following quite obvious event triggers the sound is rather sedated and you will spend most of your time getting acquainted to your own footsteps. There is nothing wrong with minimalism, but the immersion crafted by the world could have been propped up by a more intimidating use of sound, similar perhaps to Amnesia: A Machine for Pigs.Eleusis is played in first-person and follows the same control design of many a survival-adventure-horror title before it. You can run, strafe, jump, hide and certain objects can be picked up and used in the environment but there is nothing too dramatically different from what we have seen before. Indeed, whilst you can interact with rocks and bottles found about the place there is very little reason to use them. Items such as these are never needed to solve a puzzle and whilst they can be used against your pursuers to, ‘slow them down’ there seems to be very little reason to. By the time you’ve turned around and aimed your pebble stone at them the creatures often descend upon your poor, fragile character and it’s game over.

“No one can deny that this game sure does look pretty.”

Eleusis does feel traditional in design, right from the incredibly convenient rockslide keeping you held within the middle of nowhere in Greece. The simplicity adds to the tension with the only goal being to escape and with every object around you being a likely threat to your existence. The 1st chapter of Eleusis plays up to this tension very well, keeping you held to a small section of the world where each revelation leads to a spook or increase in fear. However the puzzles within the game, some of which can take up to 20 minutes don’t help to keep you in a state of fright. Backtracking is also common and goes from a nuisance to arm bitingly frustrating following the 2nd chapter.

Unfortunately the mid part of the title simply exacerbates the flaws that Eleusis was just about hiding in the more confined opening chapter. Firstly the ‘traditional’ design comes back to haunt you with what is essentially a fetch quest on an epic scale. Use x key to open y door being the main offender, making up at least 80% of the missions in this game. This just flashes up the limitations of the title as to remove these monotonous features would reduce the game length to a matter of an hour. Furthermore when you reach the half-way point Eleusis opens up to full exploration, meaning that you can go almost anywhere you want, in whatever order you want. Is this a good thing? Not particularly.

Again it goes back to the fact that, when I first began playing everything was kept tight. Eleusis could quite spooky as you are toured through the game. However, the lack of narration and guidance found later on can lead to you walking around this world of scares for ages, pushing your mind from intrigued to enraged. Whilst you may be given a key, good luck trying to figure out where it needs to be placed. Thus we are led into scares that are meant to be revealed at a later date appearing earlier as you roam across the map trying to find the one damn door that the key unlocks. Whilst it keeps the title fresh in a sense, it also ruins many of the scares that Eleusis attempts to set up. There is also no manual save, meaning that the occasional villain appearing to slaughter you will often set you back by a somewhat substantial margin. This simply kills the mood that Eleusis tries so hard to forge as you revisit old scares and jumps. 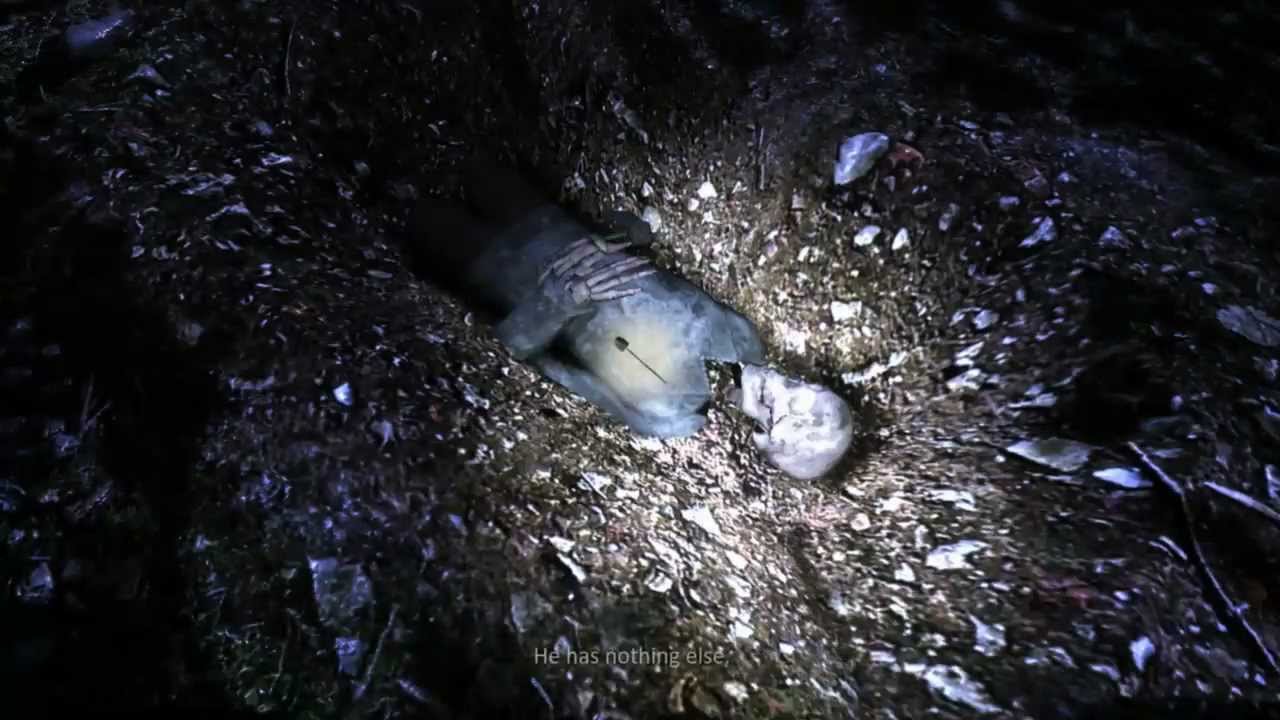 As for the plot well, again, we have seen this design before. The narration is told through a collection of journals and books scattered throughout the world and the protagonists own diary. Surprise surprise, the early, ‘I need to escape this village’ message is soon replaced by your character becoming entangled with a doomsday cult and dangerous sects with the whole world doomed to hellfire and brimstone. It is all rather predictable and nothing about it truly separates Eleusis from other adventure horror titles out there.

So, what can we say about Eleusis? There is some potential here, although it needs some serious work. The graphics and physics are wonderfully crafted but the game is incredibly short and is marred by underwhelming gameplay design and a generally unsurprising plot. The last few final moments hint at a possible sequel and whilst I was not impressed by this outing I would like to see where the developers take Eleusis if they want to expand on the title.