After defeating Alduin, playing through Dawnguard and having three custom built houses and two very terrifying children (not to mention a creepy fox with strange heavy breathing) in Hearthfire, Skyrim quickly became a little dull. Sure there were still Dragons to kill, chests to pillage and a gravity-defying horse, but it lacked purpose. Now Dragonborn has been released it provides what players have been waiting for: new missions, a new area to explore, new shouts and, of course, new loot. For the purpose of this review (and because of its console exclusivity) Dragonborn was played on the Xbox 360.

Set in Solstheim (a land some may remember as the home of the dark elves) the DLC begins in two ways: you can make your way to Windhelm docks and grab a boat there for a minimal fee, or you can wander the land waiting to be attacked by insane cultists like a headless chicken. Taking the Windhelm approach is much quicker, and you are taken to the dusty and ashen wastes. While I won’t go into too many spoilers, you very quickly get absorbed in the world of insane cultists, psychotic gods and Miraak, the first Dragonborn. While the quests remain pretty much the same as the original game (fetch a specific item, find an area or defeat a creature) the fact that it’s an entirely new land makes it enjoyable. The world is split into 3 different types of terrain: the ash lands where the Red Mountain erupted, the snowy northern mountains similar to those in Skyrim and the strange, demonic and warped world of Hermaeus Mora’s realm of Apocrypha, which contain the Black Books. These books give you a power for each one found, and can be found at the end of each ‘area’. They’re guarded by magical creatures called Seekers (who look like floating piles of rags with arms) and Lurkers (giant amphibious humanoids). The contrast between these three areas makes you feel right at home.

Make sure to bring your best armour and weaponry, because the creatures here are tougher than your average Skyrim dwelling monsters. There are still the random bandit encounters, although these appear to be few and far between, but this is made up for by attacks from Ash Spawn (strange creatures magically spawned from the Red Mountain ash), a new cohort of Spiders (including one that kamikaze leaps on you before exploding in a hail of fire), Ash Hoppers (effectively a giant grasshopper) and even more creatures. Don’t forget the dragons that make Skyrim what it is! Dragonborn introduces a new kind of dragon,  the Serpentine Dragon, which has the general level of annoyance you get when first encountering a new dragon. There’s also the usual assortment of Draugar, Dragon Priests and Dwarven automatons scattered in the ruins across the land. 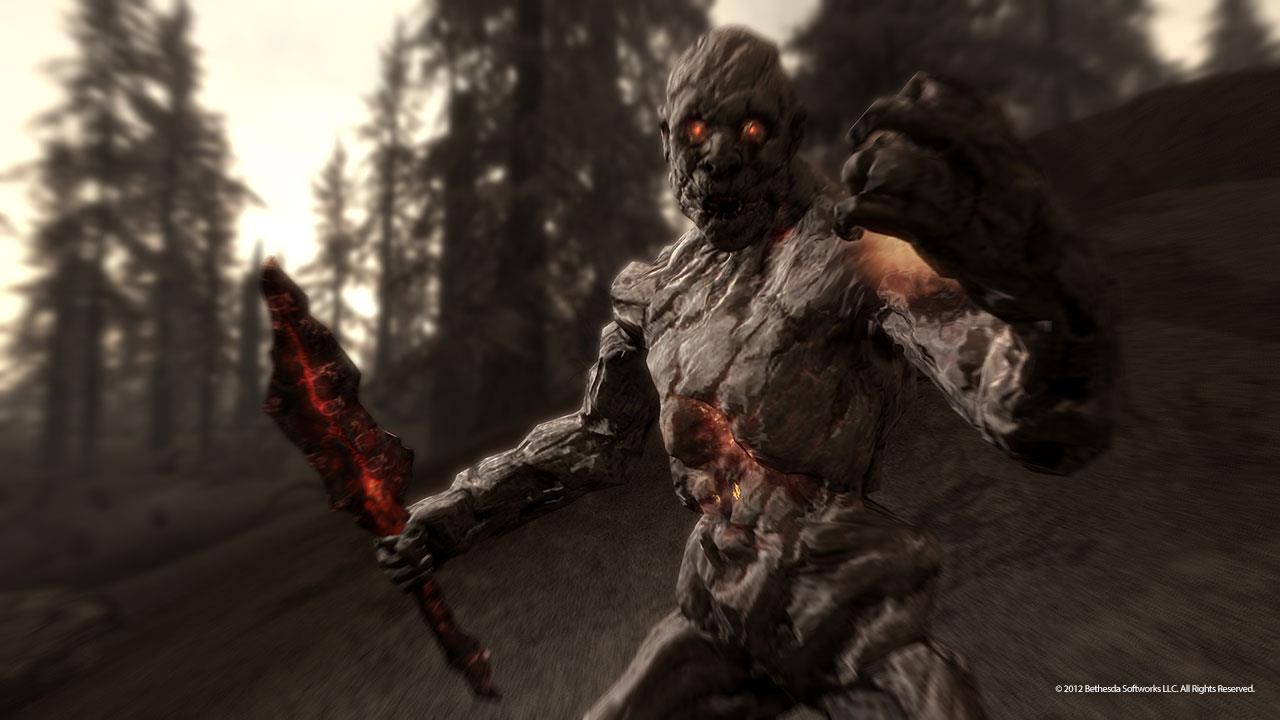 The land itself it quite large for a dlc pack, with several towns and lots of wilderness locations to explore. From coastlands to a giant mushroom town, the dlc actually looks quite pretty, with really great contrasts between the different land types (from snow to ash). To most players the dungeons and some of the other architecture may look quite familiar, but it keeps the visual style of Skyrim really well. The only issue I found with Solstheim was that there was quite a bit of empty space while running, places where nothing happened which could have been filled with dragon attacks or bandits. This could just be me though as I’m used to running into something trying to kill me all the time. Other than this the land looks great and it actually plays to the same standard as Skyrim, so pretty well.

Plus did I mention you get to tame and fly dragons? Yes there’s no need for a mount here! A few hours into the story you learn a shout that allows you to tame them, and you can even give orders while flying the said creature while on the ground for quite a while of game time. The downside is you can’t use your other shouts while flying it, but then again you’re on a Dragon. Do you really need other shouts? To accompany this there is an achievement for taming and flying 5 dragons, something I’m sure no adventurer will say no to. 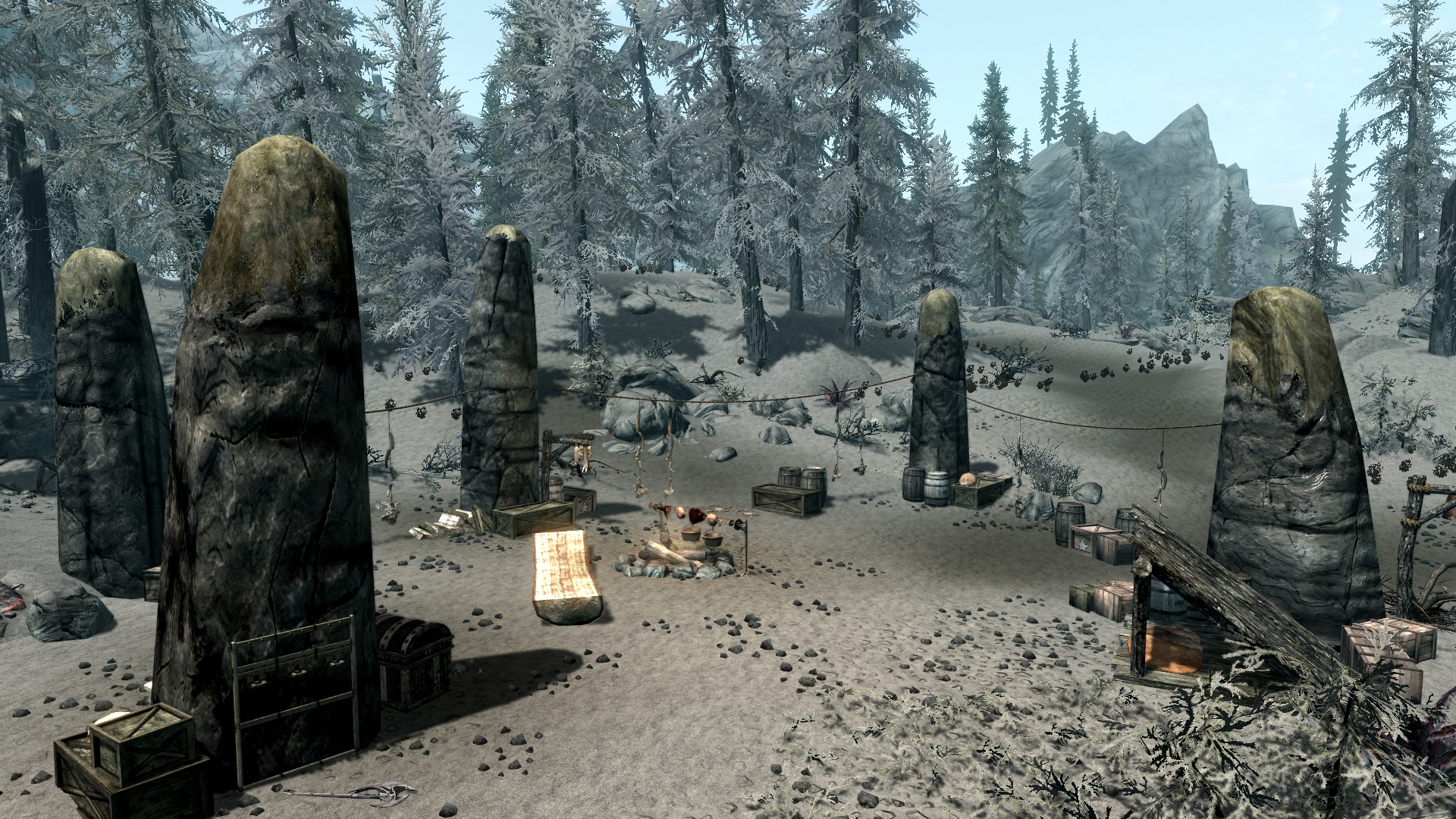 As for sound, it’s pretty much the same soundtrack as Skyrim. The original orchestral scores are in and they sound just as good as the main game. If you’ve got Turtle Beaches then I would definitely recommend putting them on for this as there are so many smaller sounds that you generally miss but really add to the game. One of my favourite sounds in this dlc has to be the noise the Netch makes, which is both cute and a little creepy at the same time. These generally peaceful creatures look like giant floating jellyfish and are peaceful – until you attack them. Then any Netch in the vicinity will track you down with a deadly murderous intent, and they’re not a one hit kill either.

So what exactly do you for this DLC? The story itself adds a few more hours onto the gameplay with a whole host of new shouts, including one to bend the will of other creatures. There are lots of new enemies and even more new loot, including several new types of armour: Bonemould Armour, Chitin Armour (yes you can finally do something with the annoying Chitin pieces you pick up), Stalhrim Armour, Carved Nordic Armour and more! There are new weapons to use, new spells and enchantments (Poison Rune and staff enchanting to name two) and new summoning powers as well (at the moment I like summoning the Seeker, although it’s a little useless at times). Don’t worry, you can even get a house to store all of your goodies in instead of fast travelling to Skyrim and back each time you get overencombered and want to store your awesome stuff. Overall it’s a pretty good DLC with a lot of content for the price you pay. It’s fun with lots of new things to collect, and did I mention you get to fly dragons? Who wouldn’t want to do that? This is definitely the best expansion yet, so hurry up and buy it Xbox 360 players! Don’t worry PC guys, it will be out soon and hopefully for PS3 as well.