If you woke up after a two-year nap, only to discover that your family was dead and the world had been destroyed, what would be the first thing that you would do? In the case of Prince Laharl, the main character of Disgaea, he assembles a team of ragtag demons and other supernatural creatures and goes on the offensive to retrieve his throne. This is now the fourth time that the original game in the series has been released, and whilst it does offer some welcome modifications, there are a few moments where you have to think that the developers should have gone back to the drawing board.

Disgaea PC, as it is known for this release, has been advertised as an enhanced port of Disgaea – Afternoon of Darkness for the PlayStation Portable, which in itself is a remake of Disgaea – Hour of Darkness for the PlayStation 2. The game is set in the Netherworld, a world where bad is good, and vica versa. In order to avenge King Krichevskoy, Laharl must journey throughout the halls of the Netherworld, and attempt to reforge the alliances that his father forged during his tyrannical rule. When you first begin Laharl’s journey, there is little to distinguish it from any other tactical role-playing game from the last twenty years. Each chapter of the story takes place on several floors that are accessed through a Stargate-style warp hole in the Prince’s castle, and each is littered with a vast array of spawn from the depths that you must defeat in order to proceed. These include creatures such as imps, orcs and the souls of the dead reincarnated into penguin-like beings known as Prinnies. 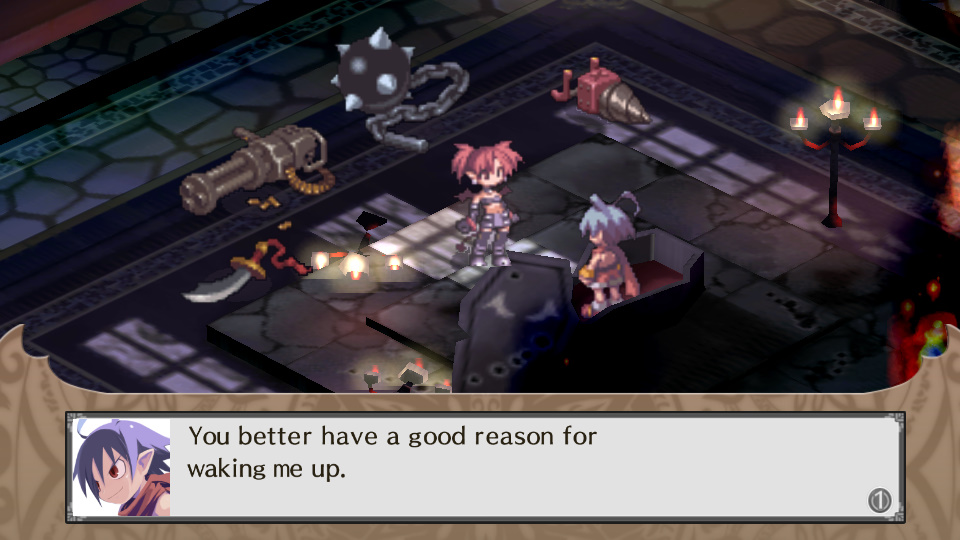 At the beginning of every battle, you must guide each player from a central start position and choose the moves that you wish them to perform. While the battle system itself is easy to understand, the controls feel very stiff and overcomplicated, requiring you to confirm an action several times before it will eventually be performed. It doesn’t help matters that the cursor you use to direct each character feels entirely too fast, and without a dedicated wire frame for direction, it can several attempts to reach your intended location. Unlike your average RPG, it is possible for your characters to exceed Level 100, this allows you to potentially have a group of party members reaching Level 9,999 if you so wish. Although some might see this as a tad excessive, the thrill of causing millions of hit points worth of damage on a small fry, or indeed a larger boss character never gets old.

When you are returned to the castle, you are able to heal your allies, take on several side dungeons to obtain new items and meet with the Dark Assembly, a parliamentary style committee who offers you additional support. This feature is one of the most enjoyable segments of the game, as it requires devious political manipulation to achieve favourable results, such as gaining new allies for your party, and new items and weapons in the item shops. The proposals that you can make are limited by the mana gained from fights at your disposal, which allows for a greater challenge by limiting the upgrades that you can request.

Fans of both English and Japanese dub tracks will be pleased to learn that both languages are available to be chosen, and the original soundtrack has been preserved in its entirety. One of the highlights of the soundtrack is certainly the Castle theme music, which adds a whimsical Danny Elfman-esque flair to the usual J-Rock and Pop music we are used to hearing in animé adventures. 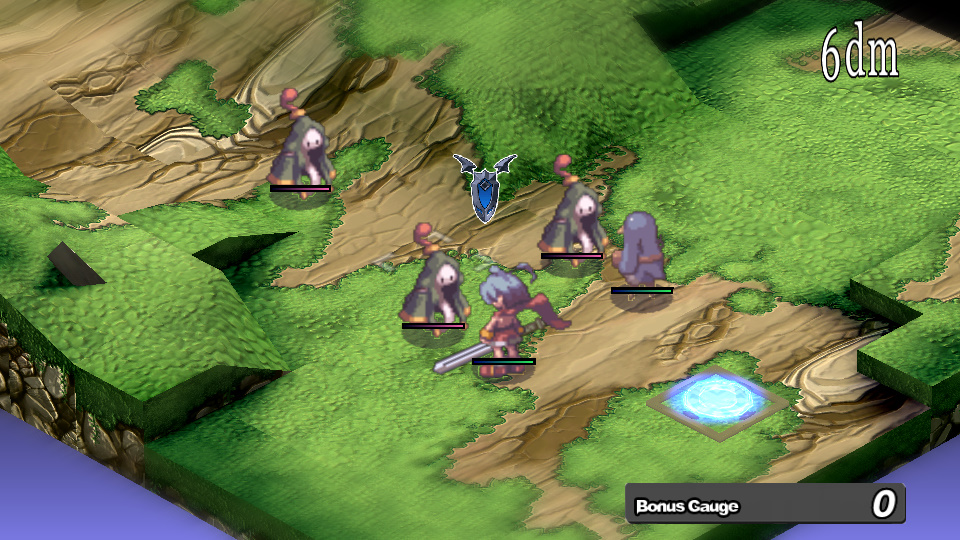 Many fans of Disgaea have been eagerly awaiting the debut of the series on PC, especially because of the enhanced graphics and cleaner user interface that were promised in the promotional material. You can choose to remove these enhancements at any time, such as depth of field, anti-aliasing and graphical smoothing, or you can create your own customised palette of original and enhanced graphics at your leisure. The only small problem that is presented is that the system requirements needed for the game to run with even the most basic enhanced settings enabled are less than satisfactory. With every new graphical option enabled, the game ran poorly, even though my PC met the recommended specifications. This is inevitably a major disappointment for a remake, as recently ported portable adventures such as Danganronpa Trigger Happy Havoc can run at maxed settings on the same machine without any slowdown.

Overall, Disgaea PC is a decent port of the original Disgaea. For better or worse, the successes and failures of the PlayStation Portable release are all present, such as the exaggerated levelling system, the loose control system and the unnecessarily steps required to initiate combat. While the game is entire playable and an enjoyable adventure for any RPG fan, the processing power needed to enjoy all the enhancements advertised may leave the average computer user to be left in the kind of darkness they didn’t expect.

Disgaea PC brings the fan favourite RPG to PC with everything a fan could ask for. Aside from some minor control issues, some people may find they will have to compromise on their visual performance for the best results.