The original Digimon Story Cyber Sleuth was released on the PlayStation Vita back in 2013, and was a massive success with fans of the Digimon franchise. Many western fans were pleased to learn that the game was being translated for a European and American release, as several of the newer Digimon titles such as Digimon World Re:Digitize were chosen not to be localised. When a sequel was announced in the form of Digimon Story Cyber Sleuth: Hacker’s Memory, fans were puzzled to learn that is a prequel to the original game. Despite the initial confusion, the prequel is a competent continuation of Cyber Sleuth’s legacy, and one that deserves every bit of attention it can get.

Unlike in the original game, Hacker’s Memory does not allow you to choose the gender of your protagonist. This time around, you take on the role of Keisuke Amazawa, a young man from Tokyo whose identity is stolen by a rogue hacker and used to commit a series of cyber crimes. In order to recover his identity and prove his innocence, Keisuke joins forces with a group of ethical hackers named Hudie. Along the way, he obtains the ability to tame digital AI programs known as Digimon, and discovers a deeper plot at work which threatens both the human and virtual worlds. The plot of Hacker’s Memory deals with the same real world issues that Cyber Sleuth portrayed, such as the over dominance of the digital landscape within modern society. Like the older entries in the Digimon franchise, Hacker’s Memory contains several darker moments alongside the relatively tame storyline, such as the permanent death of main characters instead of simply having them be defeated.

The core gameplay of Hacker’s Memory is more or less identical to the original game. Your time is split between solving missions in the real world, and raising a group of Digimon to defeat other stronger Digimon in the virtual world of EDEN. Instead of eliminating issues caused by rogue Digimon, your main focus this time around is to stop the rogue hackers from performing illegal acts. The game is around the same length as the original, so you can expect to put in around 40 hours of gameplay if you want to cruise through the storyline, or double that amount of time to complete all the side missions and raise every Digimon.

The Hacking Skills from the original game return, offering some Zelda like puzzles to make progression through dungeons a more interactive experience. Several new abilities have been included to this mechanic for Hacker’s Memory, such as the ability to hack into a NPC’s Digivice to receive important information. This adds a bit more variety to the missions which require a lot of traversing through the game, and makes you feel more like the hacker that you are training to become.

During battle, you can fight using up to three different Digimon at one time. Each of them have specific passive abilities which can increase their fighting potential, alter the battle environment or even dramatically increase the experienced gained at the end of a fight. Once you have raised your Digimon to a specific set of conditions such as experience level and ABI point count, you can make them Digivolve into another creature, whose attacks will be considerably stronger than its previous form. This raise them and change them formula has been a predominant feature in RPG’s for many years, and with over three hundred Digimon to encounter and recruit, grinders will be in for a treat to raise several teams of powerful Digital Monsters.

Hacker’s Memory takes place in the same location as the events of Cyber Sleuth, so you will revisit several familiar locations such as the DigiLab, the Kuremi Detective Agency and the Nanako Broadway shopping mall. Several new areas are also available to access, such as the Hudie HQ office where you receive all of your hacking missions. The prequel uses the same graphics for the Digimon you will encounter, as well as the characters from the first game that make a repeat appearance such as detective Kyoko Kuremi and fellow hacker Arata Sanada. The already crisp graphics look even better this time around, although there are some occasional graphical artefacts on some of the background characters. The loading times have been greatly improved from Cyber Sleuth because of optimization to the game engine, especially when played using a PS4 Pro.

The soundtrack of Hacker’s Memory is provided by the composer of the original game, Masafumi Takada, who is best known for the music that he produced for the Danganronpa series. Some of the best tracks from the original make a second appearance, albeit with a slightly different arrangement to make things feel fresh. The new music fits well, particularly the piece named Hacker’s Dignity which provides the high energy beat that fans have come to expect. Like Cyber Sleuth, Hacker’s Memory only has Japanese voice acting, which is a surprising omission after a dual language option was provided for Digimon World Next Order.

Overall, Digimon Story Cyber Sleuth – Hacker’s Memory is exactly what fans of the original game would want in a prequel. The new characters and locations blend perfectly into the established universe, and the additional gameplay mechanics and story elements offer a refreshing look at the original game’s narrative. If you are looking for a unique RPG to start off your 2018 gaming journey, Hacker’s Memory is the golden ticket you have been searching for.

A competent prequel which adds some interesting twists and new gameplay mechanics to keep things fresh. 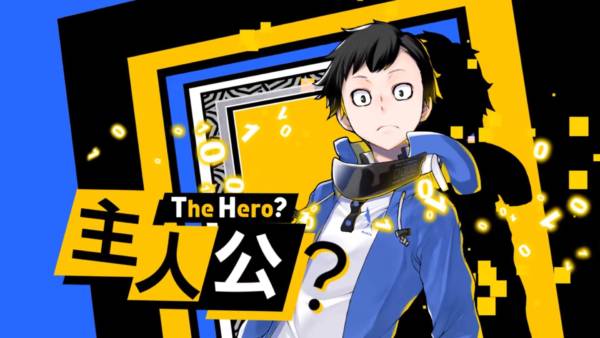 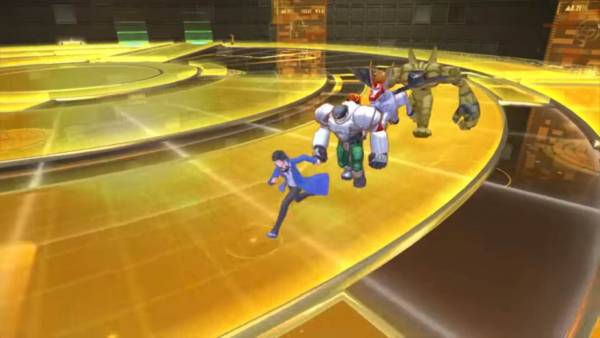