Reviewing a Civilization game is tough, each iteration of the series has the same core mechanics, you control a civilization and must win the scenario  through the force of your military, by becoming to most cultural, or reaching the furthest in scientific research. This has been the game of Civilization for more roughly 25 years, it doesn’t change, except it does, just enough to keep every title in the series feeling like a fresh new take on the aging formula, and Civilization 6 is no exception.

Firaxis have taken their time with Civilization 6, in fact it has been six years since the release of Civilization 5, thus making the longest gap between major Civilization titles. This means Firaxis have spent the last 6 years developing the title, improving on the mechanics that worked in the previous title, and completely revamping the things that didn’t.

When starting up a new game there may be a few things you will notice is different from the previous titles, mainly that there are a few factions in the previous games that no longer appear in Civ 6, mainly my favourite nation; The Celts. The Aztecs also seem to be missing as playable nations. These are only minor issues, and understandable that every race won’t make it into the vanilla game and will most likely return as DLC. Don’t worry, tyrannical leader and ruthless dictator; Gandhi is still there.

The best thing about this new Civilization title is just how many new gameplay mechanics the company has added, without it feeling like too much information piling you at once, it’s a long list of complexities that is introduced in a way that feels manageable as well as being very simple to get to grips with, this is all used via the fantastically simple user interface alongside the genuinely helpful advice of the in-game advisor.

There are big changes in the city management, no longer does a city take up one tile on the map, if a city expands and develops, and Civilization 6 wants the player to be damn sure that the cities have a much larger impact on the map. This expansion is introduced via the new district system, you can create new districts for your city that will take up nearby tiles, this offers a new (and at times difficult) choice for the player. Adding these new districts means the player will lose tiles that could have otherwise been used to increase productivity in the city or gather food for their citizens, you can choose the have one mega city with all of the districts, but that may prove a challenge in keeping the city’s inhabitants happy.

Happiness plays a major role in the strategic elements of civilization, and Civ 6 has made sure that it is a system that is easy to grasp. When selecting your city it will tell you if improvements need to be made to keep you citizens happy whilst allowing the city to advance. For example, don’t have enough amnesties to keep the people entertained? That’s bad and could prevent growth, as could housing crisis. These problems won’t be a secret just for you, if your cities are facing these issues, other nations will take notice, and notify you of your failure as a leader, at times they may think it would be better if they were ruling your cities instead. This addition adds a layer of depth and complexity to the game, in previous titles, your city would pretty much run itself, as long as you had resources and money then the people would be happy as clams, this introduction means that there is another piece in the puzzle to look after in order to make your game run smoothly.

Keeping track of other nations attitude towards you is also quite easy, before it would be found out by sifting through numerous graphics and texts in the diplomacy menu, we now just have smiley faces next to the nation ruler’s avatar. If they’re not happy, you will see a frowny face, if neutral then nothing, if happy then a smiley face. It makes it much easier to manage diplomacy and avoid war altogether if you choose, or if you’re like me, go to war with Queen Victoria to prove a point. 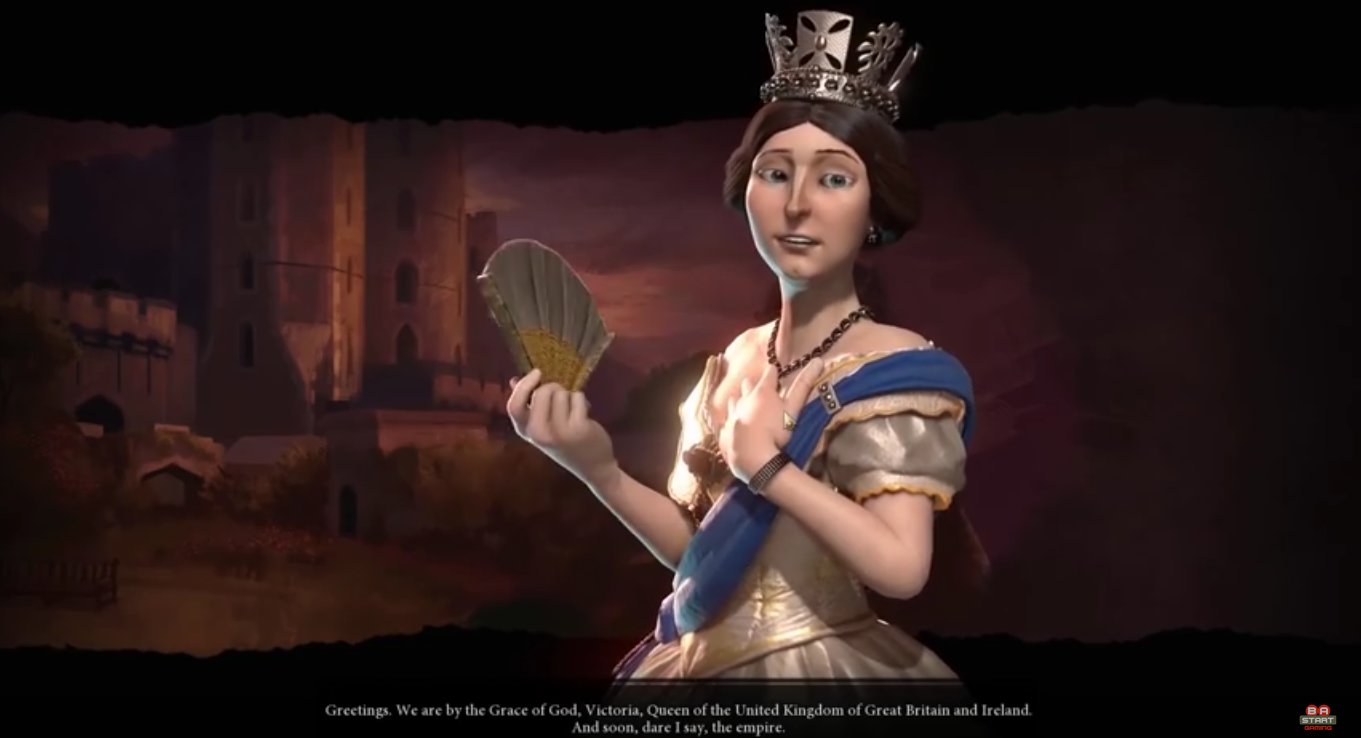 As well as making diplomacy easier to handle, Firaxis have also made it far more visually appearing. Gone are the mute animations from the previous entries, we now have fully animated and voice-acted nation rulers, and for an introduction to voice acting, the performances of characters are pretty decent, some characters seem to have a more cheesy take on the role, but for the most part it is very well done. These animations don’t add much to it, other than a small layer of intimidation and immersion. I found it far more engrossing when Queen Victoria walked onto my screen looking at me with a melancholy expression that soon turned to fury as she declared war on my nation. Whilst in previous entries, I would just have Gandhi silently look at me with blood in his eyes and would inform me of the oncoming doom of my cities and people. It’s not much in terms of gameplay, but it is that much needed graphical upgrade for the series.

The game’s strategic map has also had a graphical makeover, say goodbye to the more technical graphics of the previous titles, and instead we are shown something far more colourful and stylised that also seem to have a more cartoon visual style to it. These changes to the map’s look and feel won’t be a make or break scenario for fans of the series, veteran fans may be more of a fan of the old style of the series, but the cartoon feel does make the game seem more welcoming to new players, but still being a fresh look to at the very least entice the old fans to return. The unexplored area of the map also has been given the visual touch up, instead of looking like the dark void of the unexplored, we see a cartography map style. A spruce of the visuals is enough for Civilization 6 to stand out from the rest of the series.

Alongside the visuals, I can happily say the music has also improved with the series, I personally didn’t think the Civilization soundtrack could get much better after the introduction of Christopher Tin’s take on Baba Yetu for the theme of Civilization IV, but this new entry manages to pull it off by having a completely themed soundtrack. Every track feels like it takes something from the main theme and gives Civilization 6 that musical kick up the bum to make every turn feel completely epic. The music also keeps relatively close to the era the majority of the map is part of, when most of the map is in the renaissance era, then the map will be filled with the sound of Tudor-Era Lutes and pipes, but will amp it up to a modern orchestra in the modern era. It feels context sensitive, where the music evolves with your Civilization.

I could go on, in fact I could sit here for days to tell you how much fun I have been having with Civilization 6, but I’m sure it would turn into the inane ramblings of the man who thought he could take on the world. I can happily tell you all that Civilization 6 is possibly the best title in the series, the visuals are stylised and new, the gameplay mechanics have had a complete overhaul that will be easy for new players and fresh for existing fans, and it still manages to give the players that “one more turn” attitude that the series is famous for.

Civilization 6 doesn’t seem to have any shortcomings whatsoever; it is fantastic across the tiled board.