Call of Duty has returned back to World War II and has taken it back to what COD used to be. Think of WWII as Call of Duty Classic edition, while it does not reinvent the series there is a decent campaign and at the same time multiplayer has taken a shift in the right direction since going back to basics. Zombies have had a changeup bringing it closer to a scary side game rather than the cartoony rendition there was previously.

For the campaign, Call of Duty titles are not always known for them but as a Battlefield player, I like to take in the COD campaigns to see what they are like. Sledgehammer have done a great job of making the campaign feel a lot more personal thanks to the World War 2 setting. You follow Private ‘Red’ Daniels as he goes through fundamental moments for that era such as D-Day. It makes a good tutorial of how the new game works with the tweaks to the combat now that jetpacks and space are no longer on the cards.

The campaign is relatively short but with a game aimed for multiplayer, as long as it is decent it’s worth letting the length to complete slide. It will take about 5-6 hours to complete but the story is well written and there are a lot of movie level cinematic scenes to being parts of it to life. It’s the basic level of human emotion that brings Call of Duty: World War II to life. Daniels and his team are not on a giant mission to take down Hitler, they are frontline soldiers trying to survive. As the campaign continues their characters evolve through these struggles and you can see the tension of war influence them.

Although you play mainly as Daniels, there are some parts of the campaign where you take on another soldier’s shoes. This is a nice change on the one man army scenario a lot of first-person shooters have. Sure Daniels could be the best sniper, medic, support but as in the real world, war is a team effort and WWII is a welcomed change.

With the recent games having been set in the future with space, exo-suits and futuristic weapons it’s a nice change of pace to be set back in the past during World War 2. This does change the gameplay as overall the speed of play and height has gone. It does not make the game slow but the strategy changes as you can’t run and gun your way through, being a mini tank in your own right. Instead, you need to work with your team and use each of their special abilities to move from point to point. Each teammate can do things like restocking your ammo, call out enemy locations, call in airstrikes and heal you. All skills are based on enemy kills and to make it realistic, you actually need to be near your companions to issue commands, rather than shouting half-way across the battlefield.

There’s a range of missions, ones where you are forced to take cover and snipe your way through to stealth missions that require you to silently take out the enemy. Some are better than others, sniping for example, feels quite repetitive after sometime due to waves of Nazi’s needing headshots but the stealth missions I found were quite challenging but enjoyable, sneaking up on a soldier to knife them in the back.

It feels quite refreshing to feel a little more human again, the previous COD games have been fun but you are your own army. In WWII, it’s more of a group effort working with your teammates to stay alive. It also feels a little harder as technology limitations back in the 1940’s meant no long scopes or laser sights. This does make it difficult to find targets to shoot in the greys and browns of the environment but it’s helpful that the gunplay is decent as you’d expect from any Call of Duty title.

Weapons in the game are the sort of thing you’d find in many other games, this is mainly because Call of Duty WWII is not rewriting anything. You’ll find all your standard issue guns and grenades. One of my favourite weapons was the Springfield Sniper rifle or the STG-44 both have different uses but solid for medium range and long range swapping depending on the situation. Other than those weapons there were also some pretty cool additions which were rifles with grenade launchers or shotguns with incendiary bullets.

It would not be a Call of Duty without reviewing the multiplayer, the usual modes over 10 different maps are present such as Team Deathmatch, Domination and Hardpoint. On top of those maps are your tweaked game modes like Capture the Flag but using a ball instead of a flag. The game mode is quite interesting to play, it’s not just as simple as placing the ball into the enemy net, you need to work with your teammates to pass it around which allows you to sprint again when you don’t have it.

Call of Duty has also taken a page from Battlefield and included a mode similar to their Rush. One side attacks needing to take control of different points across the map. Like Battlefield the map is fairly large and a great game mode for snipers being able to protect points from a distance. Unlike the other FPS, Call of Duty’s new mode is not based on the amount of tickets or respawns but a time-based adding a different type of urgency.

In multiplayer, the classes are more flexible than ever before. You can sort your loadout in any way you wanting, tailoring it to your playstyle. For example, the Infantry Division class it the best all rounder and allows you to use a bayonet charge and use M1 Garand one of their weapons. Although there are class-based equipment and skills it does not mean you can’t swap to a sniper rifle and combine the best of both.

One matches are over you are given loot boxes but they are only cosmetic items and nothing that could be considered pay to win at the moment. You also are rewarded with them the more you play meaning you don’t need to buy them, which is always a good sign of these types of games.

Zombies makes a spectacular return on WWII with the co-op game mode. Called The Final Reich, the survival mode puts you against waves of undead in a Bavarian village as it expands out and down making it easy to get separated from your teammate. As you explore the village, you will need to complete objectives and uncover the secrets that are hidden around. There’s plenty to do and a lot to interact with making it a very satisfying experience that you can come back to again and again. Back you will come as it is not an easy mode to complete in just one or two tries.

Coming back again with your friends is fun and you get to learn a little bit more about the story, map and different zombies that litter the map. These improvements mean you feel like progression is happening each time you dive into The Final Reich. You can gain passive buffs, tweak your loadout with custom slots and tweak your character to be the perfect team member.

You also get loot boxes for Zombies but are slightly different to the multiplayer. In Zombies you can get consumables, these can be from zombie destroying items or free revives to help bring back your fallen teammate. In this iteration the combination of story, location and other game mechanics makes Zombies one of the strongest yet, it is also pretty damn terrifying at times.

Really though, Call of Duty: WWII has been able to create an emotional journey of D-Day and the toll it took on the soldiers during the war. It’s not done anything differently as they have not changed history which means no new guns. What is does well though it really nails. Zombies is brilliantly scary and the best iteration of the co-op survival mode for a long time to play with your friend. It blends online and campaign driven storylines together in a fun setting that makes you want to explore more and more. Call of Duty: WWII has nailed going back to what made it such a good game in the first place.

Call of Duty: WWII is one of the best iterations yet and using World War 2 as a setting has paid off with a decent campaign. 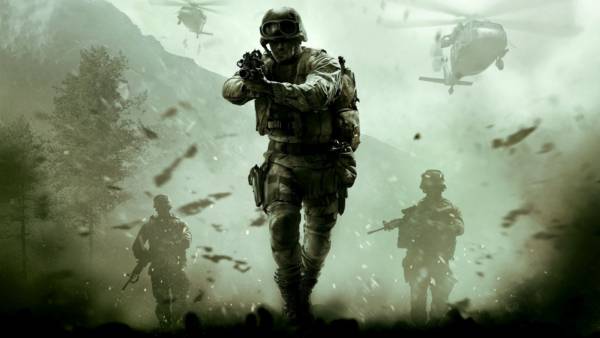