Age of Empires II HD was released on Steam earlier this year, with a great reception. Tons of new and old fans returned to the fields of historical warfare and enjoyed creating their own content with the world builder and Steam Workshop. Recently, there was an announcement revealing a new original expansion to the game that was originally a glorified mod. The changes are big as we now have new scenarios, new units and new factions to play with. But there is one question that is looming on many players minds, is this a mod that should have been free or an expansion worth paying for? Let us journey back in time and find out.

What has been added exactly in this expansion? Well let us look over them one by one.  First, as an added touch by Steam, the expansion will allow players to receive trading cards from playing the game. A nice little addition for anyone that loves collecting cards. With that aside, the in game changes start with five brand new factions. The Italians, a post roman empire faction based in one of the many settlements created after their defeat. The Indians, a group built around camel and elephant cavalry units. Slavs, the remains of the Mongolian Golden Horde based in eastern Europe. Magyars, the Black Army that have fierce cavalry that storm across the Hungarian plains. Finally you have the Incas, that will create gigantic structures to fend off the conquistadors on lake Titicaca.

The factions are incredibly fun as they come along with their own unique blend of units and structure designs. This is where you will see the use of custom made assets at work. Do they stand out to the base game? Yes and no. Some of the new assets blend in perfectly well will the surroundings, creating a more immersive and realistic world. However, a tiny amount of assets seem to stand out from the others, creating an obvious change from the normal designs of the game. The factions are all balanced with their own counter units and power units. Regardless of who you play as on and offline, you will be sure to have fun with these historically accurate factions.

The next additions to the game are four campaign scenarios taking you all over the world as a different array of historical figures.  You get to play as Alaric, the warrior king of the Goths poised to secure his homelands from the roman empire. Dracula, the legend of the ottoman empire that became the most feared man in all of eastern Europe. Sforza, a hired soldier that always battles for the empire with the deepest pockets. Finally you can also do battle with Bari, a campaign focused around the Byzantine family as they strive to control southern Italy.

All of the scenarios come equipped with full narrative, immersing you into the historical confrontations along the way. The only let down with the narrative in this instance is the lack of voice acting. However, with the amount of narration being given to the players and the amount of time you have to read every conversation on screen, voice acting does not cripple the immersion. The campaign also introduces you to the new factions well as you are able to sample their own build techniques and unit variations before taking them online or into a solo match. As well as the new unit and faction additions, the campaign also introduces players into a more challenging experience with the AI. They will now efficiently counter attack, counter build and assault your base much better than in the base game. This truly puts to the test your skills as a commander, as one little mistake could mean the end of your historical adventure. 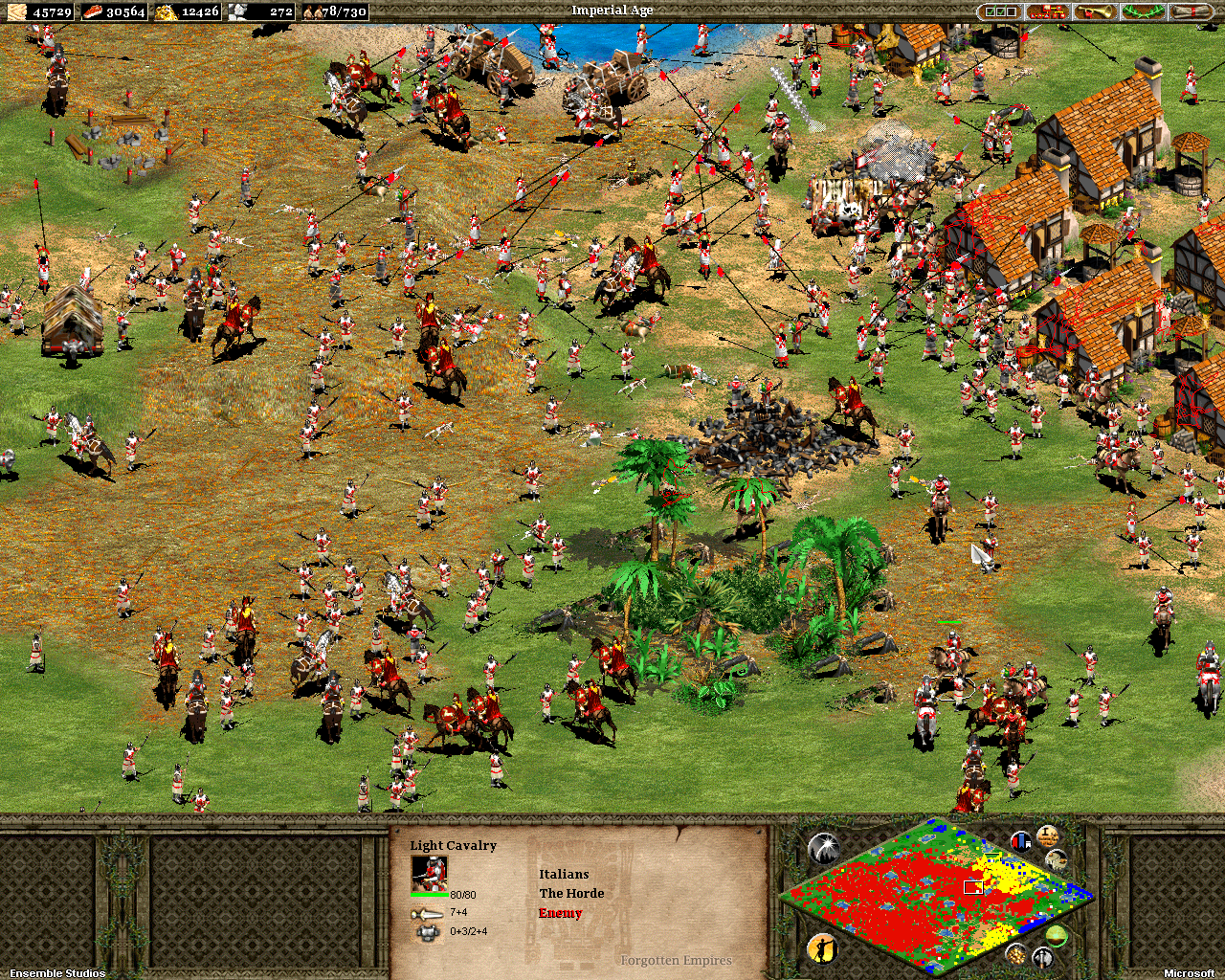 A new map size has been introduced apply titled ‘LudaKRIS’ size. You thought the largest map sizes in the base game would give you plenty to explore, think again. A perfectly sized map for a massive online game with friends or a game versus AI, where you can take your time early on and expand into what could be a series of epic confrontations. In addition to the map size, players will also be able to stream live to Twitch.Tv with streaming integration so that you can share your duels with people worldwide. However if you just want to casually play whilst allowing your friends to check on what you are up to, there is now a new spectator mode that allows players to watch games being played live as they happen straight from the game.

As one last update to the game, there are now two new modes that can be played in single or multiplayer. First is Treaty, a mode that gives players a set amount of time to build and grow their military and economical might. Once the time limit is up, players will be able to set loose their empires on one another to decide the ultimate victor. Secondly there is Capture the Relic, a fast paced game mode that challenges you to quickly take control of a treasure and return it to your base before your opponent. These new modes truly add more variation to the game and give you more a more exciting experience that caters to your play style.

The expansion truly does give you a lot to work with and presents it fantastically. The additions truly feel like an original expansion and not a modified variant of the original game. It has bulk, character and also introduces some 21st century updates. This is definitely one expansion that you must pick up if you are a true Age of Empires fan. Bring a bunch of friends along for the ride and you have yourself a truly great game that only gives you more bang for your buck.

What do you think of Age of Empires II: The Forgotten? Would you rage war to get your hands on this historical expansion? Let us know what you think in the comments.