Affordability and comfort are two words that spring to mind when I think of the SteelSeries Siberia headset range. The previously reviewed Siberia RAW Prism earned its title as a decent affordable headset but did lack a key component in missing volume controls. Coming back a couple years later SteelSeries have renamed the Siberia Prism V3 as the Siberia 350 gaming headset.

It sticks to its well-known design of a suspension headband and soft ear cups but this time opting for memory foam for increased comfort. SteelSeries have managed to create a headset that is brilliant to wear for extended periods of gaming. Not only is the Siberia 350 one of their lightest headsets, the memory foam padded ear cups keep your ears cushioned but not confined. Combined with the circular design, the Siberia 350 succeeds at reducing some external noise. It is not a perfect noise cancelling headset, as at lower volumes you probably will still hear some outside sounds, but it is a welcome trade off over the traditional heaver, less breathable material used in other headsets.

SteelSeries’ suspension headset works as it always has, trying to be more universal that than a traditional headset but it is a love or hate design. Personally, I find it able to distribute weight more evenly across your head and reduces the overall weight compared to other headsets. It does feel less sturdy than other headsets if you like more hardy designs, but the Siberia 350 still stands up on its build quality overall.

Unfortunately, the USB cable is pretty short for a gaming headset and does not do well for console gaming at a reasonable distance. Measuring in at just 1.5 metres, it is more suited for PC gaming as the rigs are usually much closer. In the past, Siberia headsets have come with an extension cable but this time is different as the headset comes only with the Siberia 350 itself and a quick start guide. You could use or buy your own, but for the price of €129.99 / £100 approx, you would expect SteelSeries to throw one in. 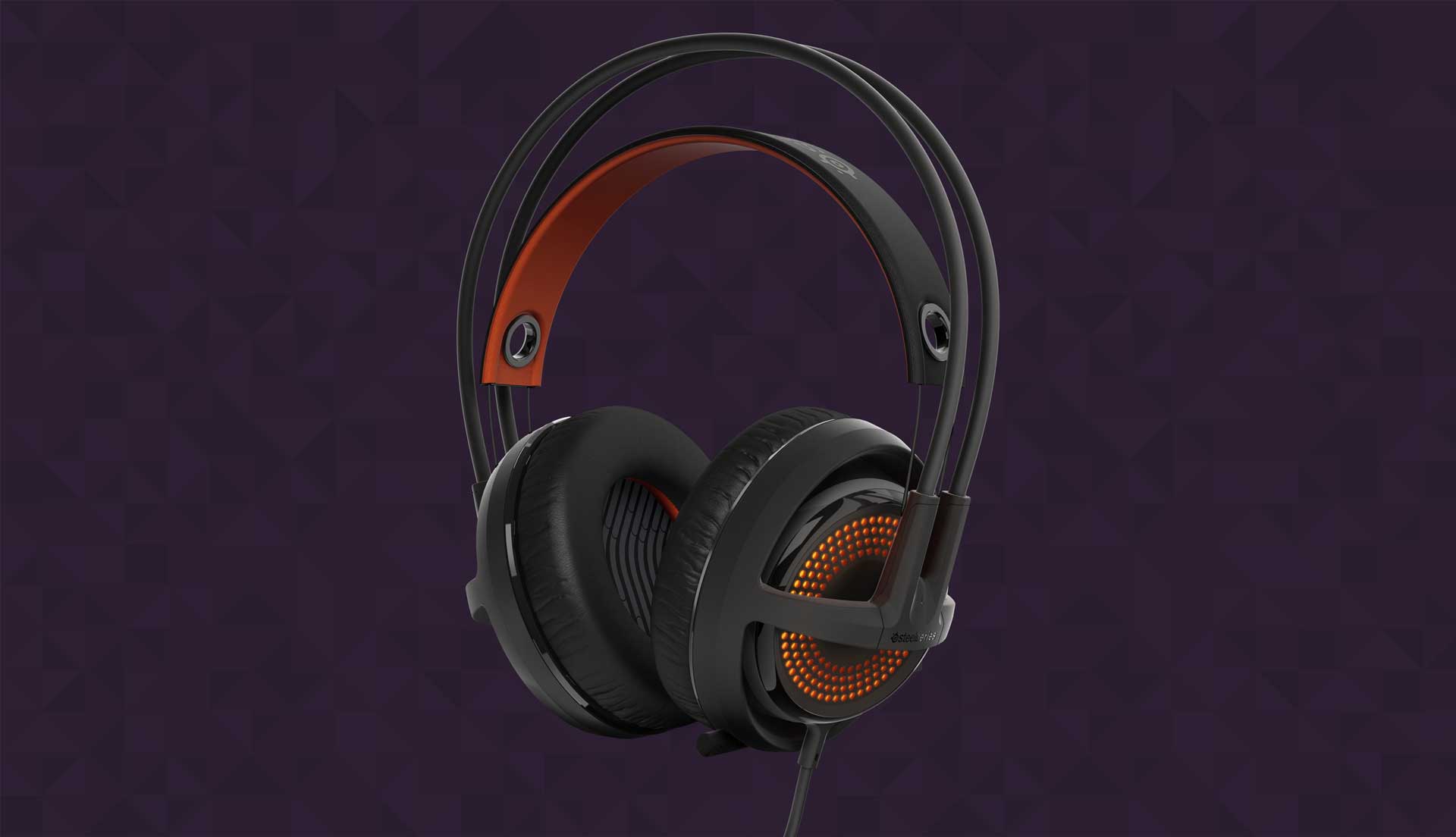 One welcomed addition to the cable, however short it may be, is the volume controls which is something that was lacking in the Prism and Prism RAW. It is worth noting that the volume and mic controls are separate which does feel a little awkward. The mic control sits in the left ear cup moulding while the volume control is in the usual place, some way down the cable. Volume is a doubled sided circular rolling switch, which does not have any markings or grooves that can mean you accidently turning the volume up instead of down. There must be a better design, instead of losing an ear drum when gaming and not being able to look down.

In game, Siberia 350’s sound quality is what you would expect of a mid-range gaming headset. Unlike the cheaper headsets which can struggle to balance the different sound channels, the bass and treble is neither too high nor low. Natural balanced sound means voices are the right tone and footsteps are audible over deeper bass explosions and background music, something Battlefield or COD players will appreciate. Although mainly for gaming the Siberia 350 does well for music, although they are not specially designed for it like Sennheiser they produce crisp, clear enough sound for the non-musician to enjoy.

Microphone quality on the 350 rivals that of previous models and of many gaming headsets in its price range. The microphone delivers clear sound with good background noise reduction (no heavy breathing added without extra effort) at a level where you don’t need the mic pressed to your face. It is a welcome step up from the budget Siberia 200.

In the end, SteelSeries’ Siberia 350 is a smashing headset and a good step forward in the Siberia line but is more costly than some of its brothers. Priced at around £100, it does stand up well to the competition offering great sound and microphone quality but the cable is a little on the short side and the volume controls could be better.

If you are in the market for a new headset and are looking for something with a bit more clarity and comfort, the Siberia 350 is definitely one to consider if you’re willing to shell out for an extension USB cable.

It may not have miles of cable or the best volume controls but, the SteelSeries Siberia 350 has great sound quality and a microphone to justify the £100 price tag.