Today I’ll be reviewing the SteelSeries Sensei RAW. For anyone experiencing a little de ja vu, no it’s not a glitch in the Matrix. This is the Na’Vi Edition of the Sensei RAW, as opposed to the Original Sensei RAW review we did back in January, nor is it the Heat edition we checked out last week. Na’Vi, or Natus Vincere are a pro-gaming/esports team with a highly prestigious track record, including being the first ever team to win three major Counter-Strike tournaments in a single calendar year. So now they have their own version of the Sensei RAW, one of the most popular gaming mice on the market.

The Na’Vi Sensei RAW box is pretty slick looking, with an open door design which allows you to view the mouse itself rather than just looking at the pretty pictures of it. On the inside of the velcroed door is a short summary of the Na’Vi team and their accomplishments. The mouse itself is proudly displayed in its plastic prison whilst the rear of the box lists its key features in several languages. The packaging is made to a high standard, letting you know instantly that you’re buying a quality product.

The Sensei RAW is a comfortable mouse with modest styling. There are no awkward angles or weird bits sticking out like on some of the more Megatron-esque gaming mice out there. As a result, the Sensei fits snuggly in your hand, whether you’re browsing the web or getting your game on. The build quality is also extremely high, as we’ve come to expect from SteelSeries. Even though the Sensei RAW is has a plastic covering rather than the metal of its bigger brother, the Sensei, nothing feels cheap or tacky here.

Like I said this is no transformer in disguise, but neither is it trying to replicate the cockpit of an F-16 with 6000 buttons and switches. The Sensei has a modest 8 buttons; left and right click, two extra buttons on both the left and right side as well as the mouse wheel and the CPI toggle. For those of you new to the world of gaming mice, CPI stands for counts per inch and basically denotes how sensitive to movement your mouse is. The toggle switches the Sensei RAW between a lower sensitivity, more suited to browsing the web, and a high sensitivity for when you’re playing a game and need you movements to be both swift and precise.

The other buttons are pretty straight forward and fully programmable, allowing you to bind the most common in-game commands to your mouse. The two extra buttons on the left side are easy to reach, however the two on the right suffer from being a bit awkward to click. They would be better positioned further towards to the fore of the mouse, however I suspect they are not to keep the mouse symmetrical for left handed users, who I assume have the same issues with the opposite buttons to me. It’s not a huge problem so much as a slight irritation.

I’ve danced around the elephant in the room for long enough so I might as well just get it over with. The Na’Vi Edition of the Sensei RAW is yellow…very yellow. And why shouldn’t it be, it is after all the team’s colour. However it is very garish and it obviously won’t be to everyone’s tastes. The pulsating yellow light around the Na’Vi logo and mouse wheel is a nice touch and it feels weird to be complementing this but it really pulls off a yellow light. Most yellow illuminations on hardware fail to impress, ending up looking very washed out and faint but not here; the Na’Vi shines brightly. Obviously fans of the team will want to pick this mouse up, but other than that you’re going to want to really love the colour yellow before you consider the Na’Vi edition over one of SteelSeries’ more modest models.

The accompanying software for the Sensei RAW is the SteelSeries Engine, which you’ll have to find on the product’s website as there is no disc included because we don’t live in the early 2000’s anymore. Once installed the Engine will automatically detect your mouse and present you with a series of options. The side bar shows you a list of pre-made profiles which you can alter, or you can create your own.

On the buttons tab you can reprogram what each button does whilst the settings page allows you to adjust the CPI count of the mouse for both the toggled modes, as well as giving options for altering the illumination intensity and pulsation frequency of the lighting. The properties tab allows you to set a certain profile to activate upon the launching of a specific program, meaning you can switch to your FPS set-up when you load up Counter-Strike. Finally the statistics tab lets you track your clicks for each button on the controller over a given period, letting you see which buttons you use the most often for example. Overall the software looks slick and is simple to use, so that’s two thumbs up from me.

The SteelSeries Sensei RAW is a great gaming mouse for the gamer on a modest budget, coming in with an RRP of £60 here in the UK, though you’ll find it cheaper than that online. However the Na’Vi version is a bit of a niche piece, catering mainly to fans of the esports team and those with a love for all things yellow. If you’re one of those people then the Sensei RAW Na’Vi edition is the mouse for you. For the rest of you, I’d advise checking out the SteelSeries website for a slightly less ostentatious model. 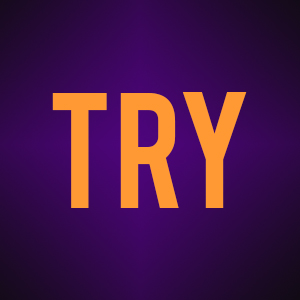