There are 2 forms of the SteelSeries Merc, the Merc itself and then the Merc Stealth which will be the model this review is focused on. Whilst it may not be a mechanical keyboard, the Merc Stealth rests on a membrane which SteelSeries says can take approximately ten million key strokes, an impressive feat which is reflected in the build quality of the keyboard as a whole. But can it still live up to gamers’ expectations despite this?

The box shows the keyboard layout in all its glory, not wanting to hide a single feature, with the Merc Stealth centred on its unique point, the gaming keys. Highlighting this large feature of the keyboard works well in letting the consumer know exactly what they are getting. With a small image in the corner showcasing its 3 lighting modes and a box at the bottom quickly explaining some of the keyboards other features, the outer packaging lets you know as much as you can about the keyboard from the get go. Making sure you know this was made with gaming in mind.

The keyboard itself is curved in an ergonomic fashion to allow your hands to sit comfortably whether you are using it for typing or gaming. However, there is not anywhere to rest your wrists built into the keyboard, so if that is a problem for you then you will want to grab a wrist support cushion to use alongside the Merc. This problem only becomes apparent when trying to use it for typing though as the gaming keys have been tilted 11º and left with space to rest your palm so that wrist strain should be a minimal problem.

The plastic texture of the Merc does not feel flimsy at all and helps reassure that it was built to last with the rubberised gaming keys helping with that impression. This rubberisation (it’s a word, we checked) helps to minimise the slipping of your fingertips from those important WASD keys, meaning you will not be moving in the wrong direction whilst in battle. A great addition for those with hands that sweat during intense sessions or those who find their hands wander off centre when not paying attention.

The Merc Stealth requires a single USB port as a power supply, but also asks to use your speaker and microphone ports too. This is because of the gold-plated headphone and microphone jacks on the back of the keyboard, designed to allow you to plug in your headset with greater ease. Also at the back are 2 USB ports which compensate for the one being used, which again gives easier access for plugging in accessories such as a gaming mouse. The cable itself is nice and chunky and feels really durable so it could survive a bit of wear and tear without any worries of breaking, which is always a nice addition to cabling which is exposed to something such as desk clutter.

The back lighting on the keyboard has three colour settings and does not reach a painful brightness, with 4 different brightness settings including turning the back lights off. This is great as it means that you can see the keys clearly without it distracting from the screen. With the additional gaming area, the Merc Stealth is also understandably wider than a standard keyboard and as such commands more desk space. Whilst the extra space needed was not a hindrance for me, it will definitely be something to consider for those with limited desk space. 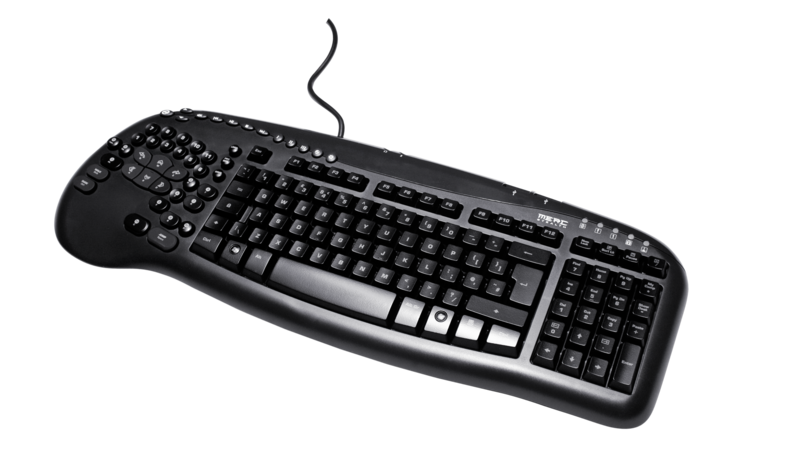 The gaming keys are situated on the left side and feature pretty much any key you could need whilst playing most PC games. Centred on a second set of WASD keys, it provides easy access to the most commonly used keys in PC gaming including a separate number pad, all of which are easy to access when you have memorised the locations of them. The short amount of time you will spend familiarising yourself with these keys will work in your favour when in those intense, every-point-counts games.

With the gaming keys being added to the keyboard, the number pad and control keys needed to be incorporated together to avoid the width of the Merc being wider than it had to be. The solution to this was to double up the number keys as the control keys which becomes a problem if you are used to leaving the NUM lock on. Being one of those gamers myself, it was a minor inconvenience but something that can easily and quickly be worked around by using the other number keys and leaving NUM lock off.

Also added to the Merc are a number of media keys, these being volume controls and various media playing options, along with three programmable Macro keys. These are quite handy for those who enjoy using them, but if you would rather not they are placed out of the way at the top corner of the keyboard, so they can be easily ignored. They are however a great help and are a useful addition to have, especially with the Macro Keys being able to open programs at the touch of a button.

Keys on the Merc feel responsive and smooth. Along with Anti-Ghosting capabilities which allow up to seven keys to be pressed simultaneously, key presses are picked up by the Merc without missing a stroke. This makes the Merc a delight to use both in and out of your favourite games, allowing you to rest comfortably in the knowledge that your PC will know what you want it to do. 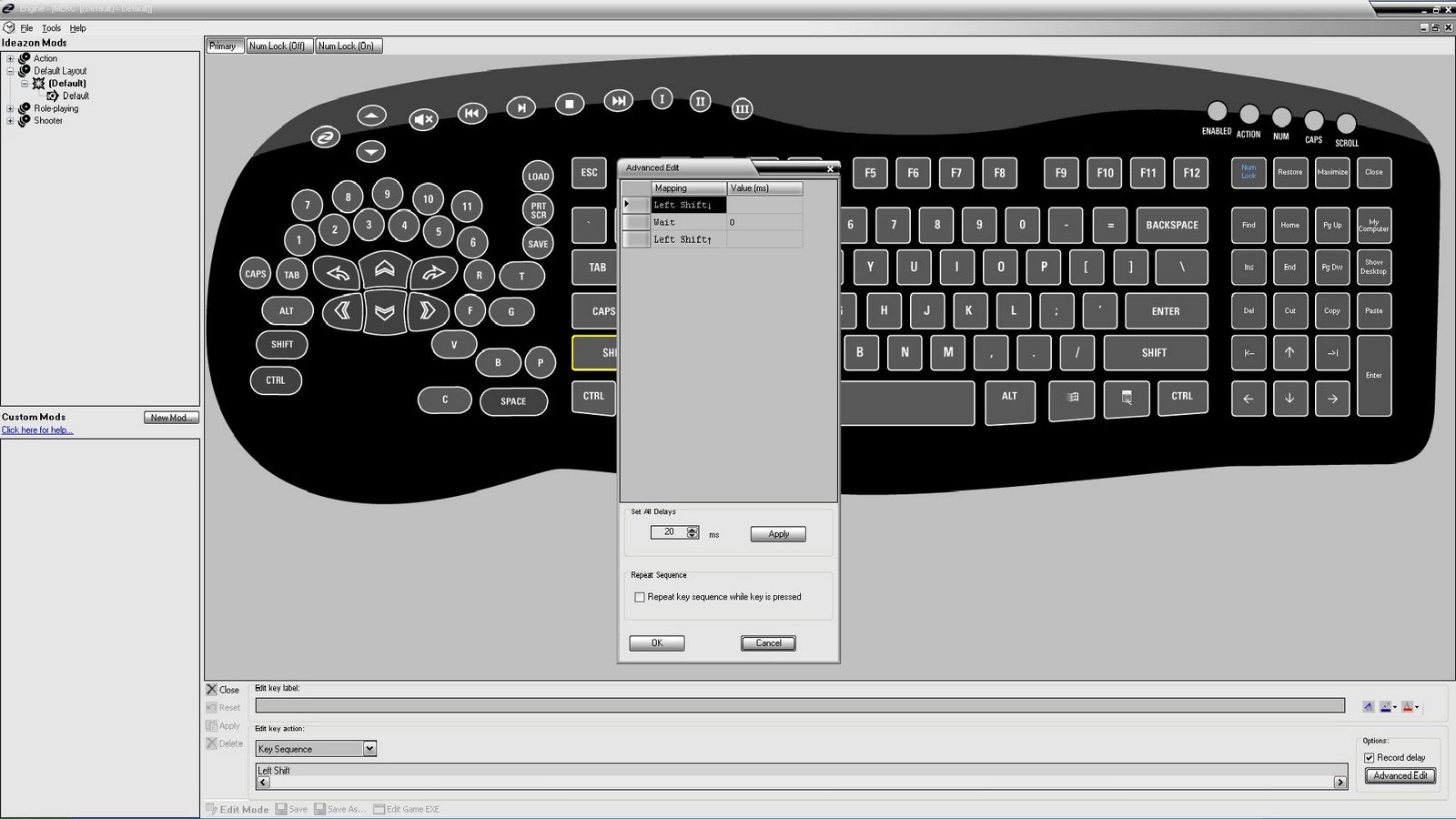 The SteelSeries Z Engine allows users to easily control the settings for their keyboard. There is even a dedicated key next to the media keys to open up the program. This allows you to easily set up the macro keys or adjust keys for certain games even if you have not tried it before. SteelSeries have even gone one better and pre-programmed a handful of modifications for specific games; however these are a little dated with some more recent titles in the list being Call of Duty: World at War and Aion. If you do want to set up your own modifications for newer games in your PC library, you can create your own modification and even base it on similar games in the list. There is even a helpful guide for the first timers to the software.

Overall the SteelSeries Merc Stealth is a well-made keyboard and bundled with the complete customisability of it, is a brilliant piece of tech for any gamer. It is well made and will fit right in to the lives of any gamer who would use it. If you are looking for a mid-range keyboard the Merc Stealth is definitely one to consider and is a strong competitor for similarly priced keyboards on the market. However with much attention focused on gaming, if you wish to use it mainly for task such as office work you may be best off considering something else.