The Naga by Razer has been a staple mouse for many MMORPG players throughout its time, being known for probably the most buttons you can fit onto a device. Its issue has only ever been in my opinion that although great for MMO’s not everyone needed 12 buttons for their gaming. Die-hard WoW players would love the mouse but playing Battlefield or something that requires less they would be more of a hindrance than a help.

Razer’s new Naga, the Naga Trinity looks to solve that problem by including all the Naga devices into one with swappable side panels. You have the traditional 12 button layout, the hex layout from the Naga Hex and a simple two-button layout found on most other gaming mice. This gives you the best of each type of device and quite frankly Razer is doing themselves out of money combing three into one. The previous Nagas were not cheap but getting three mice for the price of one is definitely a better deal.

From a design perspective, the shape and feel of the Naga Trinity are similar to the previous two iterations, the main difference being the panels on the left-hand side of the device which can be swapped out via some strong magnets. This is good because unless you intentionally want to remove each panel they should not come away at all.

The button layouts are the same as the previous generation of devices with the 12-button layout being 4 rows of three smaller buttons, while the hex design has 7 buttons around a centred thumb rest, the last of the three is your traditional 2-button design which is side by side giving you the most space. Each of the panels is nice to use, all are comfortable and have been well thought out based on their use, design and how you’d need to click each button.

The other areas of the mouse are the same as the previous Naga mice being quite a large mouse compared to others in their range. You’ll be able to rest your little finger on the outside of the right-hand side with the usual buttons in the same places. Left and right click are where you’d expect them and in the middle is a three-way scroll wheel and the DPI switcher just underneath that form two buttons. 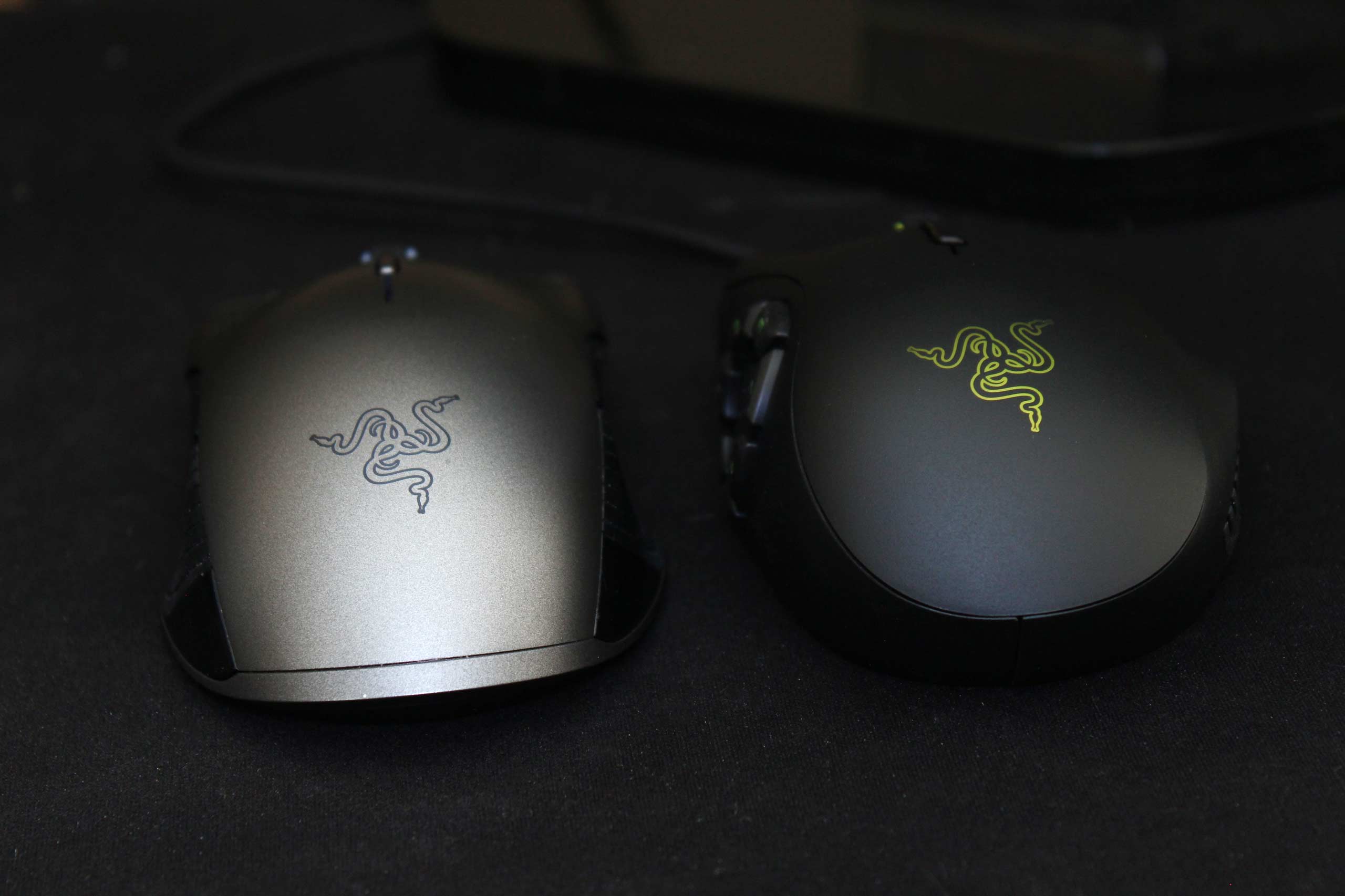 If you have small hands or want to reduce the peripheral footprint on your desk the Naga might not be for you. To fit all the buttons and options needed for MMO gamers and MOBA players, the bigger mouse is expected. It should fit most hands and grip styles but measuring 119 mm, 74 mm, 43 mm LxWxH it’s bigger than the standard.

Those looking to buy a mouse with more than one use the Naga Trinity is not a bad shout. Being it’s most useful feature is the ability to be able to swap and change the side panels to fit your needs at a moments notice. Having more than one panel means that the Naga is no longer a one-trick pony only being useful for MMORPG gamers but now any gamer looking for versatility.

In addition to all the buttons, you can use Synapse to control pretty much everything about the device from lighting, macros and what each individual button does which is useful for abilities in MMOs or MOBAs. Creating profiles for games is probably the most useful here with the Trinity as it works across so many genres of games.

The DPI is up to 16,000 and has a polling rate of 1000 which is able to track 450 inches per section with 50g acceleration using their own 5G optical sensor. Although I think 16,000 is a bit overkill for most gamers it should allow you plenty of options for a wide set of games and thanks to their sensor it won’t miss a beat.

I tried out the Trinity wish a selection of games that would benefit the most from each panel. The 12-button and 7-button panel were tested using Guild Wars 2, Black Desert Online and with no real surprises did really well. In MMOs, you either want to set up your rotations and let them run or you like to have full control. The new Naga is able to give you either set up you desire but there is something more fulfilling being able to be in control of your skills without needing the move any fingers from the WASD keys. It takes some work to remember the location of the 12 keys compared to the 7 but once you do it will be hard to revert back.

The Hex pad I tried more MOBA style games or adventure types like Minecraft, Fornite and the Witcher 3. I could have played Minecraft with the 12 panel but wanted to see how it would work with less than the required buttons. 7 buttons worked just as well in those games as I realised it was easy to adjust with what you have with seven options still being better than two. The Witcher 3 was the most fun to play with having set up my skills and everything I needed in a neat circle. Even trying out Overwatch and Battlefield 1 it was easy to see how the Hex was probably the most useful across “everything” as it had not too few or too many to suit each game.

When switching to the 2 button layout I did feel more at home again playing Overwatch with just the bare minimum of Macros set up with mouse buttons I was used to; skills on the side buttons and Ultimate on the scroll click. The same went for Battlefield, I could set up my grenades on the 2 button panel and then concentrate more on the accuracy of the need for buttons I’d not use as much. What I liked most was the choice being able to find something that worked with each panel and never having to settle for one way. 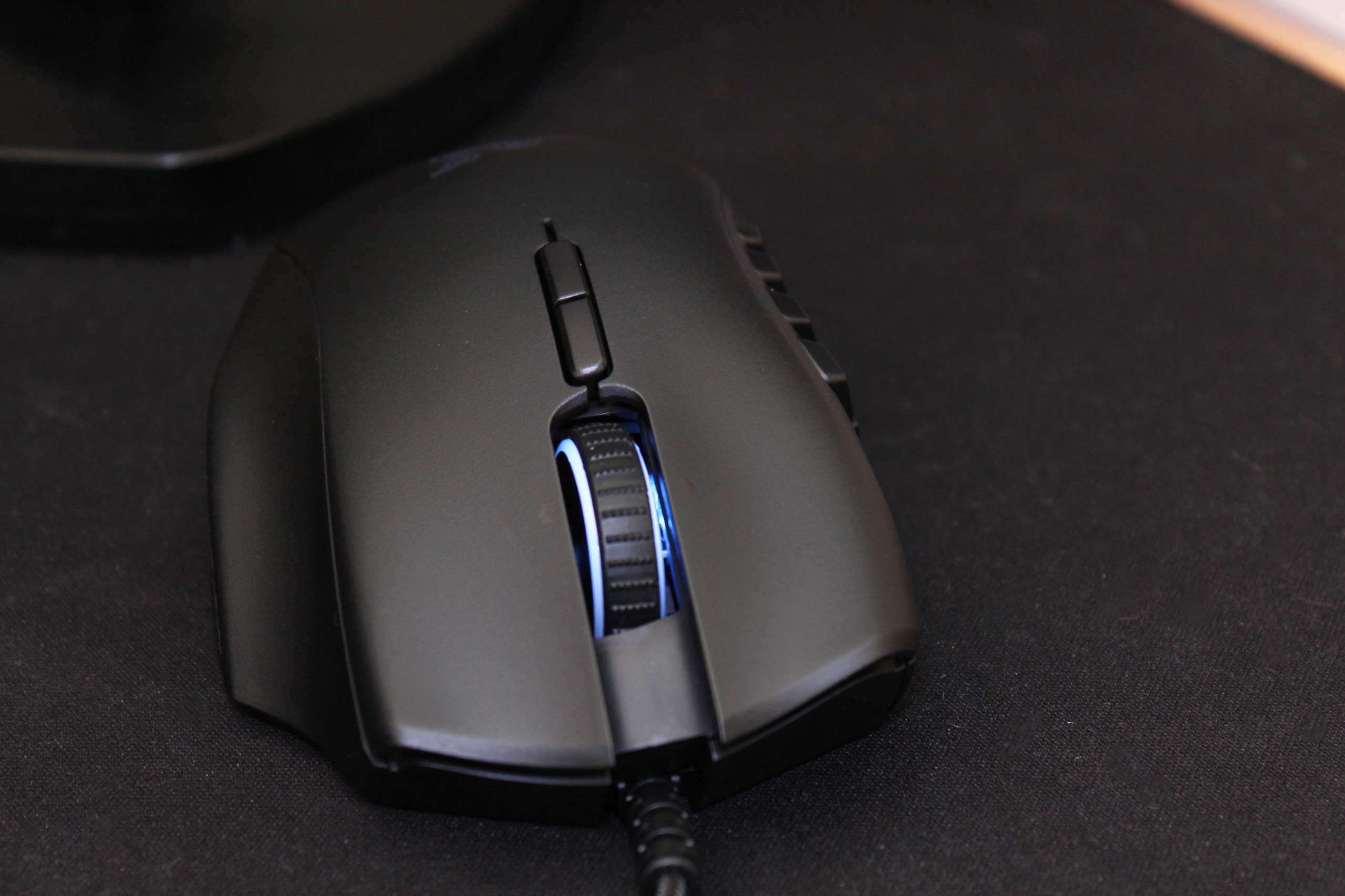 The only thing I think is missing on the Naga is the ability to adjust the weight of the mouse. Since becoming more of a jack of all trades but still a niche for each particular genre or game, the weighting would be nice to adjust along with the panel. I believe this would make it even more of a multifunctional gaming device.

It’s not the first multi-mouse as other companies have also tried it in the past. Even with previous companies taking ago already, the Naga Trinity is a well constructed and looks the part. Changing the different panels takes a few seconds and attaches with just the right force to not have to worry it will fall off and does not look “tacked on”. The Trinity has taken all the best parts of its predecessors while adding an additional layer of versatility. For players who traverse multiple genres but are heavily invested in MMOs or MOBA, it is a beautiful device that is hard to beat.

The only way they could make the Trinity better is by creating a wireless version of it and we hope they do.

MMO gamers that like to delve into other genres between dungeons will love the flexibility the Razer Naga Trinity. It’s not the smallest mouse, nor will it be for everyone but an impressive meld of three mice into one including the cost.